Alyssa Scott paid tribute to her son Zen, who she shared with Nick Cannon, by sharing old videos of him on her Instagram Stories.

Following the heartbreaking news that her five-month-old son Zen had died of a brain tumor on Sunday December 5, Alyssa Scott took to her Instagram Stories on Monday December 6 to share videos of her little boy. The heart-wrenching clips, show the baby boy lying down, as his mother speaks to him.

The first  clip that Alyssa shared was a close up of Zen, after waking up. She spoke to him softly, as she asked him about the nap. “Hi. You slept pretty good. Did you have lots of dreams?” she asked the infant. “What were you dreaming about?” she said as Zen smiled. In another story, she shared a photo of her late son sleeping soundly.

The second video the model shared seemed like an old clip that she’d sent to Zen’s dad Nick Cannon. Zen was lying on his back, with his eyes wide open, as Alyssa talked to him lovingly. “Can you say, ‘Good morning daddy?’ Say, ‘I love you.’ Say, ‘I love you so much,’” she told Zen, and he responded with baby talk. “Good job, and he loves you too! You tell him we’re going to go on a walk right now? Okay, tell him, ‘Bye-bye’ Say, ‘Bye-bye, daddy!’” she continued, and then Zen moved his hand, before the clip ended. “He waved bye-bye. Good job.”

Nick shared the sad news with fans during a December 7 episode of The Nick Cannon Show. Neither parent had publicly discussed Zen’s health problems, but the TV personality said that doctors revealed that his son‘s brain tumor had grown at the end of November. Nick explained that his son had had surgery when he was just weeks old to have the tumor removed. “I’d always noticed he had a cough, so I decided to investigate,” he said on the show. “He had this peculiar breathing pattern, and by the time he was two-months old, I noticed he had a Cannonlike head.”

The Masked Singer host noted that there would be a “celebration of life” for Zen. “You can’t heal until you feel,” he said. “I have so much faith in the lord, I have so much faith in God. People often tell me to pray for miracles, and I did pray for the miracle — I prayed for the miracle of God’s strength and that’s why I’m here with you guys today.” 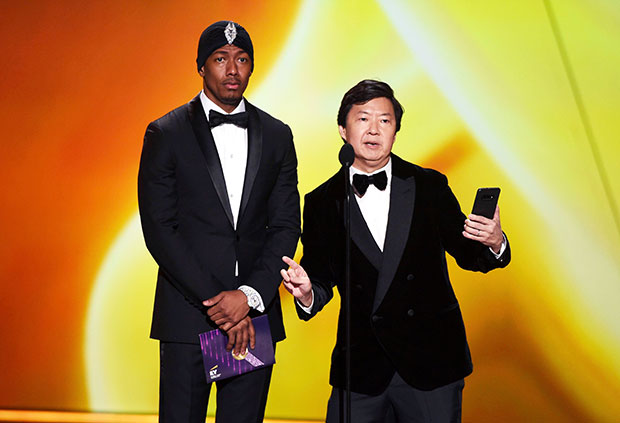 Nick is the father of six more children, including Moroccan and Monroe, the twins he shares with his ex Mariah Carey. He also has a son Golden and daughter Powerful Queen with model Brittany Bell. He has another set of twins Zion and Zillion with Abby De La Rosa.