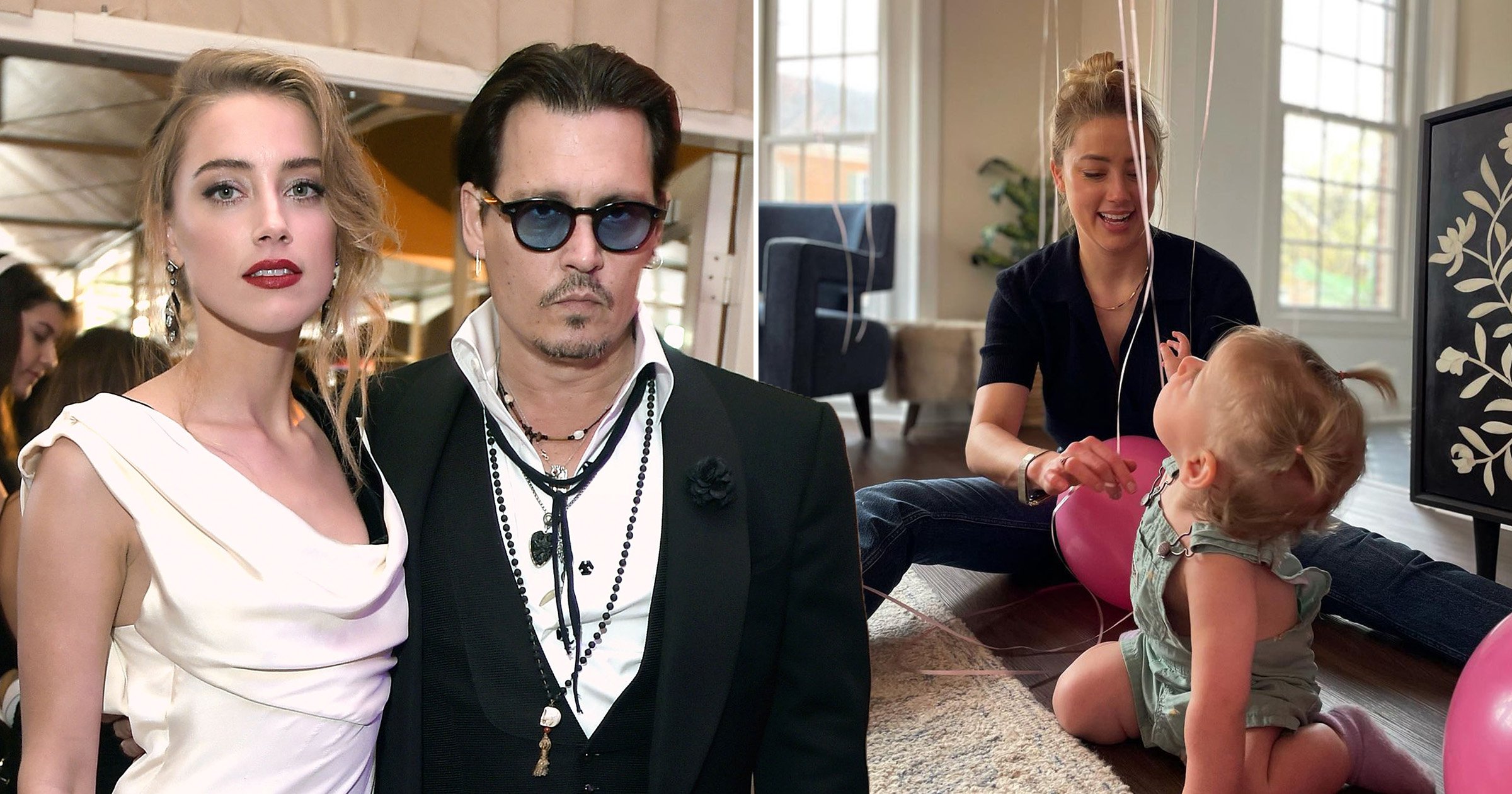 Amber Heard has celebrated her daughter’s first birthday as she marked ‘the greatest year’, just three days before her next legal showdown with ex-husband Johnny Depp.

The Aquaman actress shared the surprise news she had become a mother last July when she revealed she had wanted to have a child ‘on my own terms’.

She said she had named her daughter Oonagh Paige Heard and she was born on April 8.

Marking Oonagh’s first birthday with a photo of the pair sitting on the floor playing with pink balloons, she wrote: ‘My little O is a year old today. I still can’t believe you’re here. The greatest year.’

Announcing that she had welcomed her daughter last year, she wrote: ‘Four years ago, I decided I wanted to have a child. I wanted to do it on my own terms. I now appreciate how radical it is for us as women to think about one of the most fundamental parts of our destinies in this way.

‘I hope we arrive at a point in which it’s normalised to not want a ring in order to have a crib. A part of me wants to uphold that my private life is none of anyone’s business. I also get that the nature of my job compels me to take control of this.

‘My daughter was born on April 8, 2021. Her name is Oonagh Paige Heard. She’s the beginning of the rest of my life.’

Heard welcomed her first child less than a year after a high court justice in London ruled that a newspaper column calling her ex-husband Johnny Depp a ‘wife beater’ was ‘substantially true’.

The battle between the former couple will continue in a US courtroom this month after Depp launched a $50million dollar (£39m) defamation lawsuit against Heard following her op-ed in the Washington Post in December 2018, in which she described herself as a victim of domestic abuse.

Although she didn’t name her former spouse in the piece, the 35-year-old is countersuing Depp for $100m (£78m).

The trial is set to begin on April 11 at the Fairfax County courthouse in Virginia.

In late March, Depp was dealt a legal blow after Judge Penney Azcarate ruled against his summary judgment motion and confirmed the Aquaman actress can use the state’s anti-SLAPP statute.

The measure ensures immunity from civil liability when it comes to statements regarding matters of public concern which would be protected under the US constitution’s First Amendment.

Although the decision doesn’t grant her immunity for her 2018 piece, her attorney will be allowed to argue to a jury that she deserves such immunity.

Depp’s team had argued the alleged defamation is private in nature and thus not covered by the anti-SLAPP (Strategic Lawsuit Against Public Participation).

Both Depp and Heard are set to give evidence in person, with the likes of Paul Bettany, Elon Musk and James Franco expected to testify virtually, alongside representatives of the Walt Disney Company, Warner Bros and the Los Angeles Police Department (LAPD).