An Arizona woman has helped to solve her own murder.

Grandmother Pamela Rae Martinez was found dead in her car June 11. Glendale officers were dispatched to what was reported as a single vehicle accident in which a car went “off the roadway into a landscaping area.” What they found was the 60-year-old’s body slumped in the driver’s seat, but not with accident injuries — she had been shot to death.

Investigators have revealed that Pamela worked as a food delivery driver for Uber Eats and had just completed her last drop off before she was due to head home. A nearby witness told detectives she was stationary in her vehicle on the side of the road when a van pulled up next to her. The witness saw a man exit the van, approach Pamela’s vehicle, and then returned to his van and drove off.

So horrific! She wasn’t even doing anything — she was probably just taking a moment to herself after finishing her work day!

However, Pamela may have known something bad was coming her way as she took a photo of the gunman moments before her murder — which later ended up helping with identifying a suspect. Glendale police officer Tiffany Ngalula explained:

“The photograph that she took was of the van that the witness described, and of a man, sitting in his van. Had she not done that, we would not know who her shooter was.”

It’s really sad to think of the terror Pamela was in during her last few moments, enough to take such a precaution. But we’re so impressed with her quick thinking.

Authorities were soon able to identify, track down, and arrest 62-year-old Rusty French, all because of the photo and the eyewitness account matching up. French was brought in for questioning June 15 where he was confronted with the photo. After questioning was completed, KPNX was able to reveal information from French’s account of the situation:

“He admitted that was him in the photograph but said he must have blacked out as to what occurred.”

Investigators felt French “showed no remorse for the incident.”

Ballistics specialists were able to find a match between the handgun used in the murder and one found in the suspect’s home during a search, which helped to further cement him as the shooter. Authorities have charged him with one count of second degree murder.

27-year-old Monique Daniels, daughter of Pamela, thinks that it may have something to do with a road rage incident as Rusty was seemingly not linked to her mother in any other way. She lamented:

“A stranger ended up taking her life over nothing.”

Absolutely ridiculous that someone would feel the entitlement to take a life just because of some road-induced anger, but it makes Pamela’s decision to snap a pic of her aggressor make more sense. Maybe she recognized him from the road?

Monique last heard from her mother at 7 p.m. right after she had completed her Uber Eats deliveries where she was working, DESPITE BEING RETIRED, to help Monique pay for her baby shower!

That is so completely heartbreaking, and just goes to show what a good person Pamela truly was. 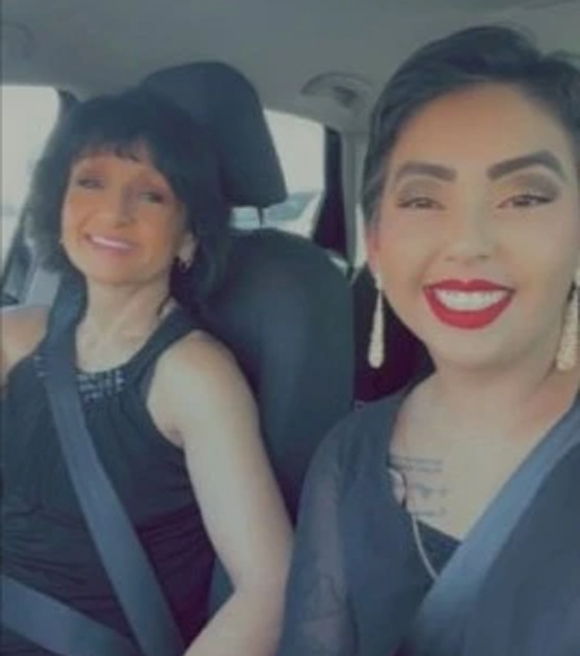 “She did not deserve that. She never made it home because she was taken. She was less than three minutes away.”

“Our whole life she’s been a fighter, she’s been so strong, and I told my husband that she solved her own homicide.”