Going Fashion Week Official may not be a thing for most of us normal non-models, but Bella Hadid is not a normal, non-model human. Bella and her longtime (but very low-key) boyfriend, art director Marc Kalman were spotted in Italy this week, during a few rare public appearances together for Milan Fashion Week.

On Thursday, February 24, they were snapped leaving the Max Mara show. Bella wore a mostly black-and-white ensemble for the outing (a white t-shirt paired with some v cool loose-fitting wool shorts, black combat boots, and a black and white plaid wrap/cape) while Marc opted for shades of blue in navy pants and a baby blue Marithé + François Girbaud sweatshirt.

Their ~lewks~ for your ogling pleasure: 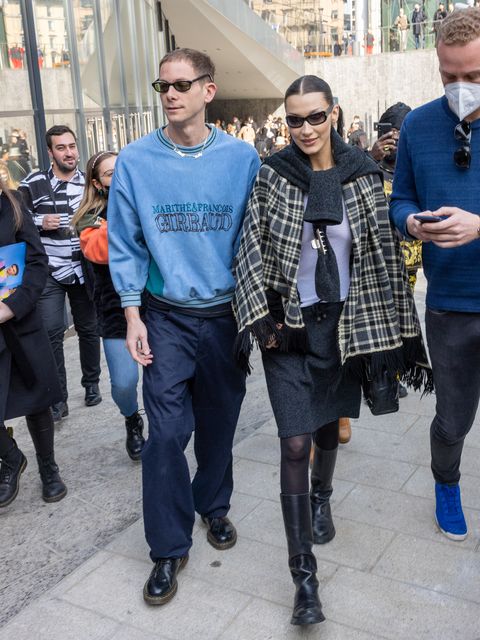 Honestly, any sighting of Bella and Marc out in public together is kind of a big deal, but their Thursday outing at MFW was extra 👀 because it included some minor PDA, which is very rare for the ultra-private couple. Now, when we say minor, we mean *EXTREMELY* minor, as in literally the barest minimum of intimate contact (his arm partially around her/protectively at her back): 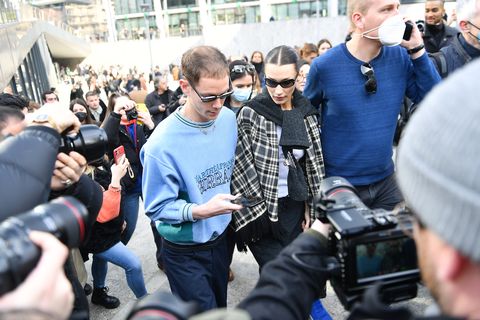 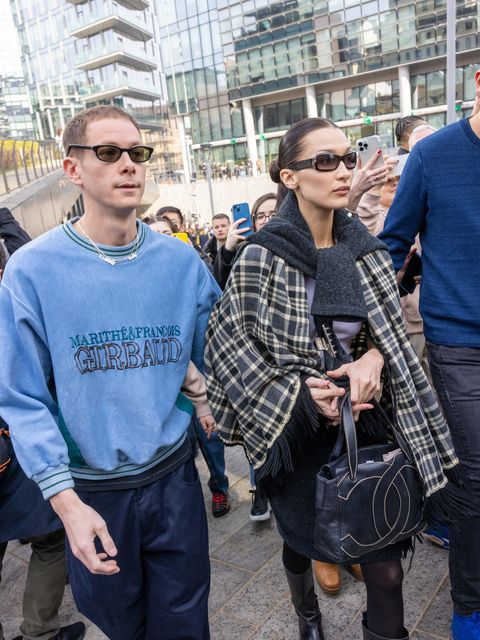 Today, Bella and Marc stepped out together again, but with their much more typical Visible Gap of Space to Maintain Max Relationship Privacy™ between them: 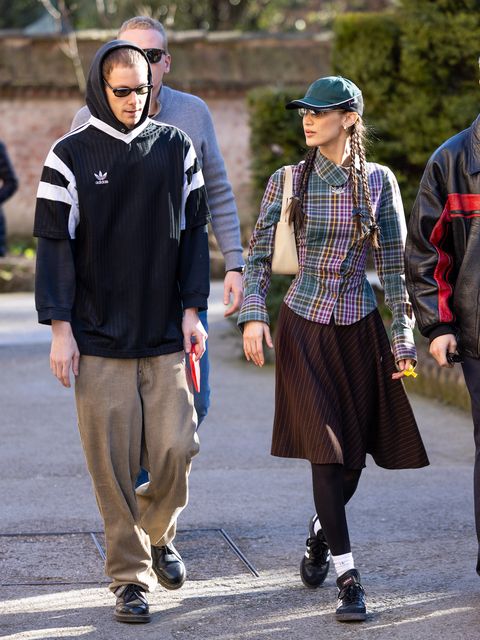 Since she’s at fashion week, we can’t not take a moment to talk about Bella’s Saturday look, which was eclectic and interesting and just waiting to be saved to your mood board. 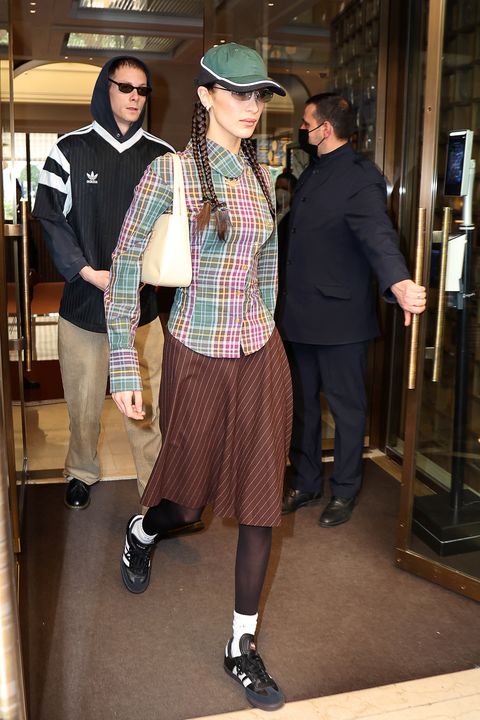 Bella’s outfit is a masterclass in mixing patterns (a red, green, and yellow plaid blouse and brown midi skirt with diagonal stripes) and eclectic accessorizing (black and white sneakers, a green baseball cap and a cream-colored shoulder bag). Marc kept things bro casual in a black and white Adidas shirt over a black hoodie and khaki pants, FWIW. 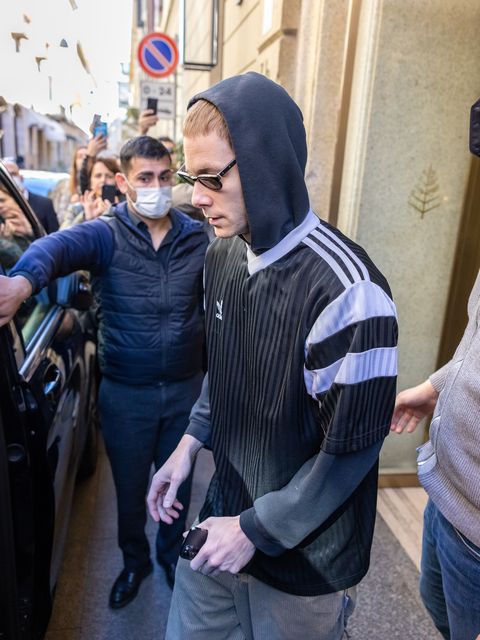 The minimal PDA is very on-brand for Bella and Marc, who reportedly kept their relationship a full-on secret for the first year they were together.

“They hid it well,” a source told Page Six of Bella and Marc’s under-the-radar first year together back when they went public in July 2021. “If they went out, he would come out first, get the car, and then she would get into the car. They would drive to a location, and he’d drop her off but not get out and go park the car. They were very diligent about not being seen on a public street at the same time.”