More than 60 years have now passed since the death of Marilyn Monroe, yet the scrutiny of her life and death shows no sign of diminishing.

Maybe only Diana, Princess of Wales, holds a candle in the wind to her as a 20th century icon still subject to rumour, gossip and intrigue. They were both just 36 when they died.

Judging by the fuss surrounding the mighty Netflix picture Blonde, which lasts for the best part of three hours, that enduring fascination might actually be intensifying.

The movie is an adaptation of the Joyce Carol Oates novel, a fictionalised account of Monroe’s life, which ran to more than 700 pages. I read it once on holiday and needed another holiday when I finished it. It was pretty hard going.

So, in many ways, is the film. Writer-director Andrew Dominik also made The Assassination Of Jesse James By The Coward Robert Ford (2007), which was admired by some and left others scratching their heads.

He specialises in a brand of whimsy that is given full throttle in Blonde, yet I liked it much more than I expected. 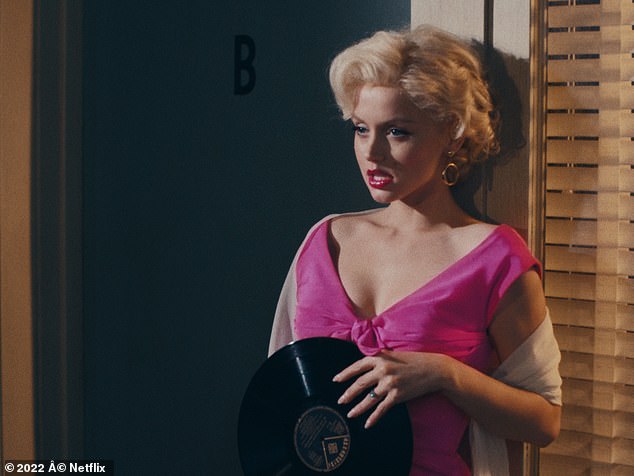 Ana de Armas – reportedly the third choice for the role – is terrific as Marilyn Monroe. While there are moments when she resembles a pub tribute act, there are others when she looks startlingly like the real thing 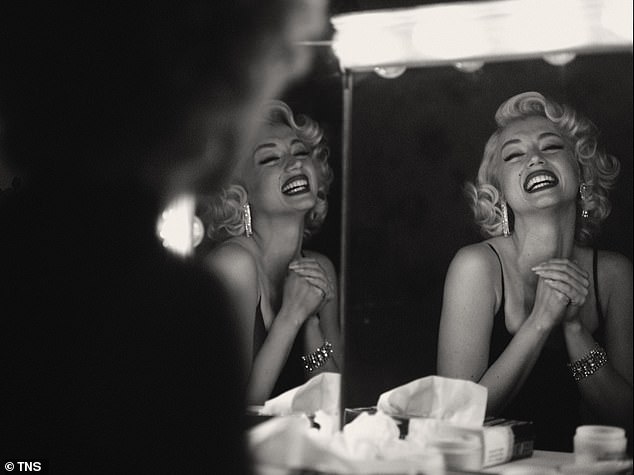 Ana de Armas plays Monroe. She was reportedly third choice after Naomi Watts and Jessica Chastain, and plenty of beetling Hollywood eyebrows shot skywards when she was cast.

She is, after all, Cuban. She has a Latino accent. Nobody, except possibly Dominik, watched her charming her way through the 2019 movie Knives Out, or playing a CIA agent in the latest Bond film No Time To Die, and thought of The Seven Year Itch.

Yet she is terrific. The Cuban vowels pop out here and there, but on the whole she has nailed the breathy Monroe voice, and while there are moments when she resembles a pub tribute act, there are others when she looks startlingly like the real thing.

Moreover, Dominik has dropped her very convincingly into sequences from Monroe’s most famous movies.

The story begins with a wretched Los Angeles childhood, with the young Norma Jeane (Lily Fisher) being abused by a mentally unstable mother (Julianne Nicholson).

Later, she gets her break in the movies, as so many young actresses did in the so-called heyday of a notoriously debauched industry, by submitting to the sweaty advances of a predatory producer. 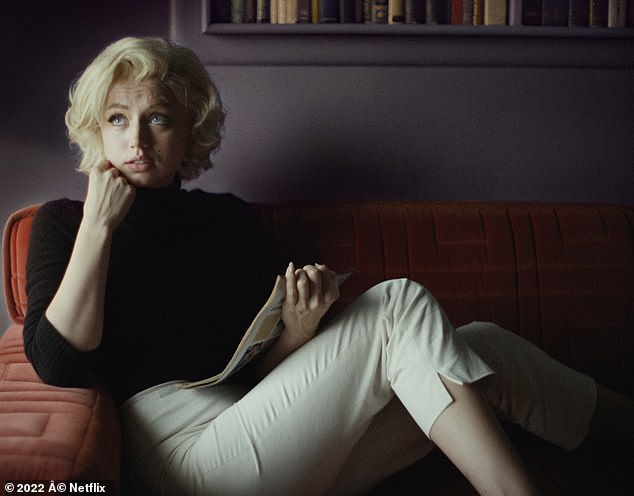 Men, it has to be said, do not exactly emerge with honours from this film. Charlie Chaplin’s son Cass (Xavier Samuel), an early lover, plays an unspeakably cruel trick on her.

The baseball hero Joe DiMaggio (Bobby Cannavale), whom she married in 1954, adores her so much that he regularly beats her up.

In one especially shocking scene, President John F Kennedy (Caspar Phillipson, who also played JFK in the 2016 film Jackie), treats her no better than he might a backstreet prostitute.

Only the great playwright Arthur Miller (Adrien Brody), her husband after DiMaggio, behaves decently. But their marriage is doomed after she miscarries their baby (typically of Dominik, he has the foetus speaking to her), and by the time she makes Some Like It Hot (1959) she is a pill-popping, tantrum-throwing liability.

Despite the studied quirkiness with which much of this is presented – the switches from monochrome to colour, the voiceovers, soft-focus sequences and slo-mo, all of which imbue the film with a dream-like quality – the iron-clad, tragic truths of her life are tackled head-on.

From childhood she yearned for her absent father and could have sustained a psychoanalysis conference all on her own; her name for both DiMaggio and Miller is ‘Daddy’.

Indeed, Blonde shows that her 36 years were defined as much by what she lacked (a father, a sentient mother, children, stability) as by what she had (beauty, talent and unimaginable fame).

For those who know her story well, which must be plenty if not most of us, there are some curious omissions. As in the book, there is no reference to her liaisons with the other Kennedy brother, Robert.

But while the book, as I recall, delivered as hard fact the theory that she was murdered, here the circumstances of her sad, lonely death are slightly fudged in a deliberately chaotic blur of images.

In many respects, of course, it was also a chaotic blur of a life.