BMW Tupac Was Shot in Getting Lots of Offers, But All Missing the Mark

Tupac Shakur‘s “murder car” is up for sale and it’s getting lots of offers from interested buyers … problem is, no one’s hitting the magic number — the $1.7 million asking price.

Honchos at Celebrity Cars Las Vegas, where the 1996 BMW 750IL is on display, tell TMZ … the whip’s been on the market for years, and while they’ve gotten 30 to 40 offers in the past year, none were willing to pay that very steep price.

No matter, Celebrity Cars is refusing to budge from $1.7 mil — in part, we’re told, because they view Pac’s “murder car” as a one-of-a-kind piece. 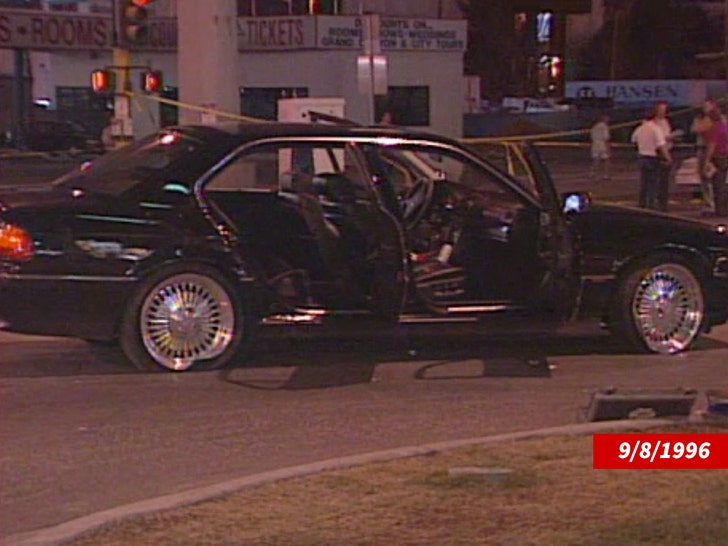 As we told you, it’s the car Pac was riding in, with Suge Knight behind the wheel, when they were shot Sept. 7, 1996 in Las Vegas after a Mike Tyson fight. Pac died 6 days later from his injuries.

With the 25th anniversary of the shooting having just passed, we’re told Celebrity Cars believes interest in the BMW is gaining momentum and the car will soon be off their hands.

Celebrity Cars and Pac’s “murder car” were featured on a 2018 episode of “Pawn Stars” … when the asking price was a mere $1.5 mil. A rep for CC told Rick Harrison they were offered $900k and passed. Rick ultimately refused to pay full price.

As for the $200k bump in the asking price, we’re told it’s based on demand and interest.