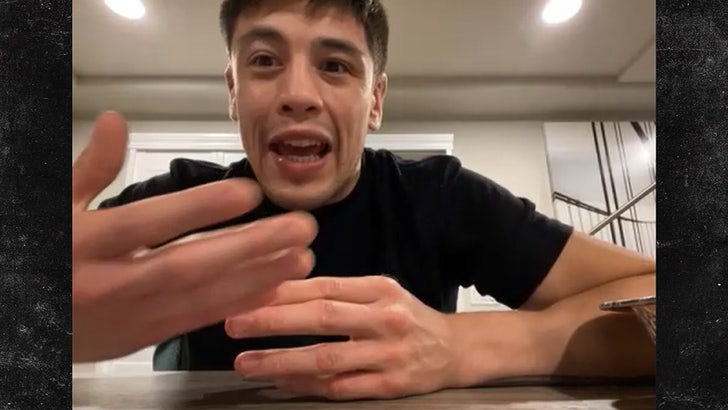 Brandon Moreno says he genuinely appreciates the respect Deiveson Figueiredo showed him after their June rematch … but now realizes it was all BS, and the UFC champ’s ready to make DF pay.

TMZ Sports talked to the 27-year-old flyweight champ … and we asked him if he and 33-year-old Figueiredo have bad blood after their rematch.

“The guy was very respectful right after the fight, he came to hug me and everything and that was nice,” Brandon says.

“I had much respect for him doing that but man, one week after the fight, he start with the interviews and the excuses and start to say again that I’m scared of him. ‘C’mon! You respectful or no?’ That is too fake to me.”

Of course, their first fight in December 2020 was a draw. In the rematch, Moreno was dominant … submitting Deiveson via a rear-naked choke in the 3rd round.

After the fight, Figueiredo was super congratulatory of Brandon … even embracing him in the Octagon.

But, that only lasted a few days … and the #1 contender was running his mouth again. 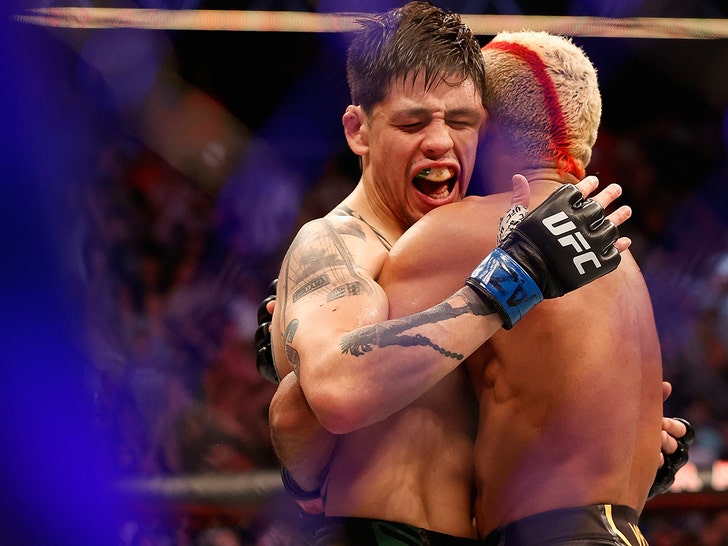 Now, the men are scheduled to fight for a third time at UFC 270 in January 2022 … and Moreno says he’s focused on starching DF.

“I felt like I won [the first fight] by decision. The second one was a submission. So, this time I go for the knockout, why not?”

And, even though he won convincingly this summer, Brandon says he’s prepping for an even better version of his opponent.

The guys don’t fight for 3 months … but it’s clear they can’t wait to get their hands on each other.