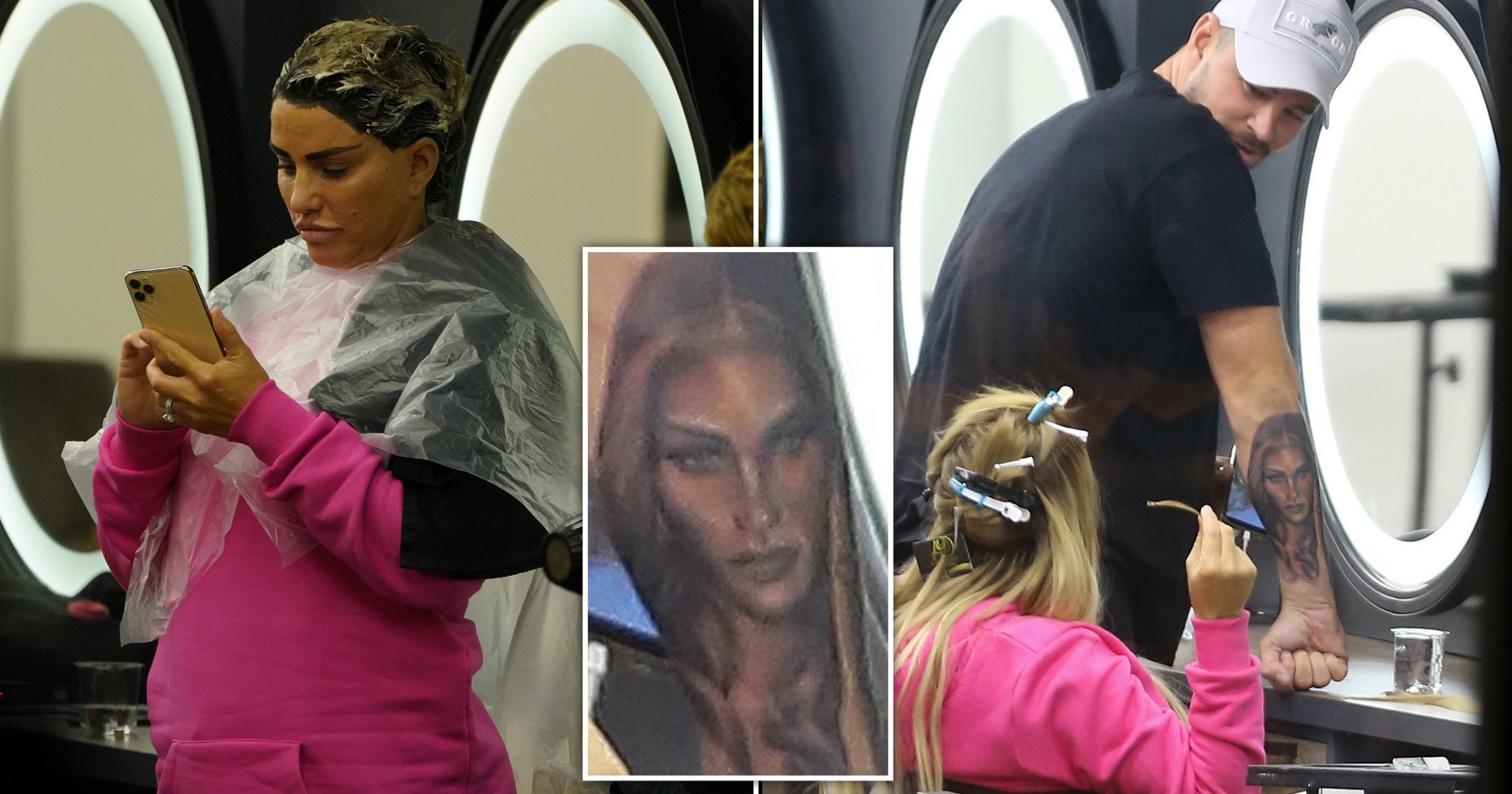 Carl Woods has shown off another huge tattoo of Katie Price’s face as the couple were photographed together in Turkey this week.

The couple had travelled to Istanbul for two days in order for Katie to have her hair extensions redone, where Carl’s new ink was proudly displayed for the first time.

Carl, 32, was seen leaning on a table in front of Katie, 43, with the artwork visible on the back of his forearm as she looked on with clips in her hair.

It’s not the first tattoo of Katie that Carl has, as he had previously had two other portraits of the former glamour model inked on his skin.

Katie also has a portrait of Carl on her own arm after the pair decided to do one better than getting each other’s names tattooed.

Their trip to Turkey comes after Katie told followers that Carl had ‘nothing to do with’ the ongoing police investigation following an alleged assault on the mother-of-five.

Katie had been taken to hospital with facial injuries after an incident in the house she had been staying at last month.

Carl had later spoken out to defend himself against trolls who had attacked him, saying in a video: ‘I’ve not been involved in this media world before and I have never seen how corrupt and how it can point fingers at people, and people can just jump on the bandwagon, they start abusing and saying the most vile things with no factual information whatsoever.

‘I had to just go into hiding and shut down. If I wasn’t a stronger person in the head, it would absolutely have defeated me.

To view this video please enable JavaScript, and consider upgrading to a webbrowser thatsupports HTML5video

‘So, everyone that abused me, everyone that said vile things about me with no information whatsoever, just because of what they read in the paper and how the paper, how they decide how they’re gonna make it look for their own stories, everyone just remember who I am and all the things I done at the start when I first come onto the scene, that’s all I can say.’

Katie had also commented: ‘FACT, I’ve ALWAYS said DON’T believe everything you read in the media and what Carl is saying is true.

‘FACT I’ve NEVER called the police on Carl my police investigation I’m currently going through to a incident a few weeks ago is not to do with Carl.

‘This mans mental health is so low and easy to say suicidal. Someone played what they thought was a clever game and involved the media with inaccurate information [sic].’