Carol Vorderman: Countdown star causes a stir as she puts on busty display in tight dress 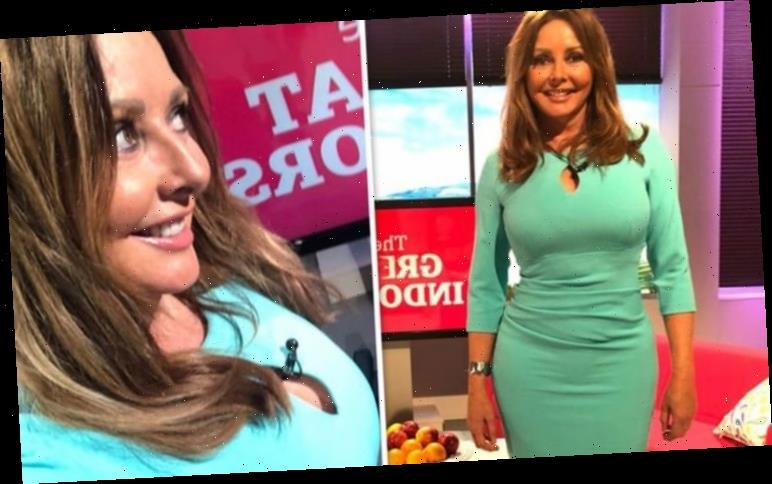 Carol Vorderman was on the set of her BBC show The Great Indoors, which airs tonight. The former Countdown legend stunned her Twitter followers ahead of the latest instalment.

The 59-year-old shared a series of snaps from behind-the-scenes with her 441,000 followers.

The broadcaster announced she would be joined by her co-star Scott Quinnell but ensured all eyes were on her.

Carol uploaded a number of photos to the micro-blogging site, as she showcased her incredible figure.

One snap was a close-up selfie shot, giving a glimpse of her ample assets. 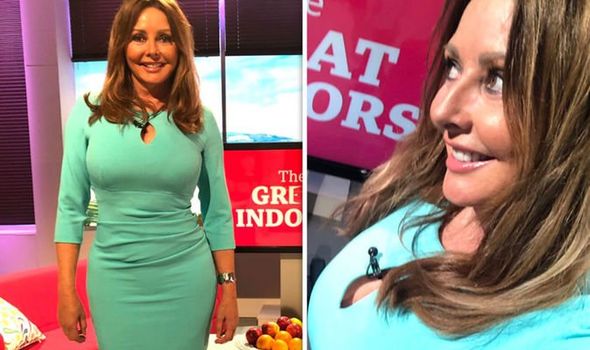 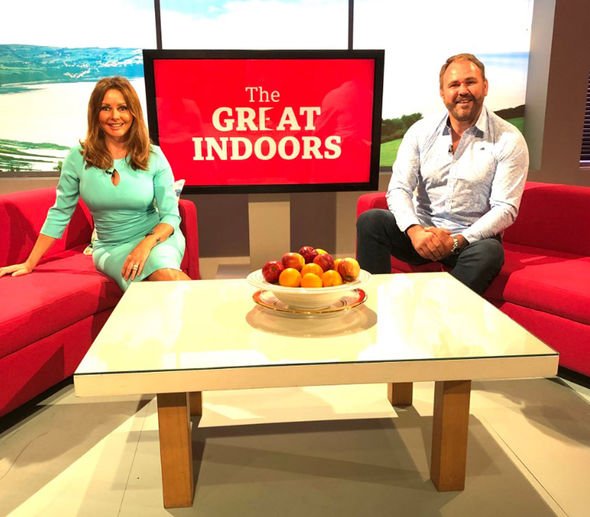 Another photo showed the former Countdown star wearing a bright blue dress, which sat below her knees.

The mother-of-two finished off her outfit with strappy heels.

Her stunning number hugged her curves with a cut-away at the front and featured quarter-length sleeves. 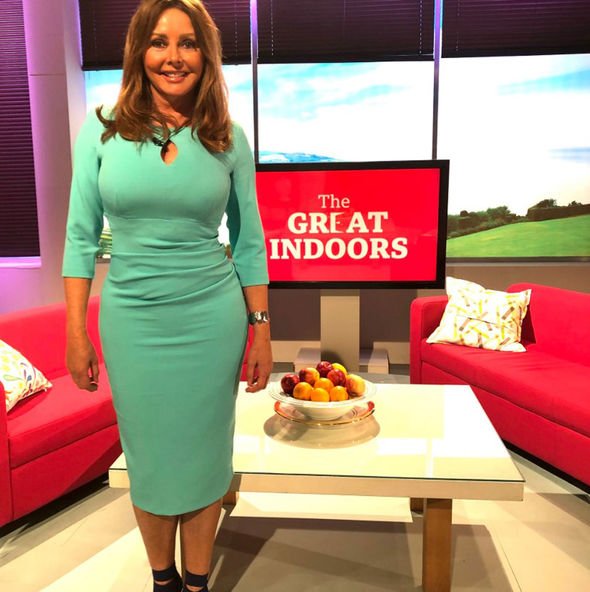 Carol captioned the post: “Tonight on #[email protected] at 7.30pm…@ScottQuinnell and I with some wonderful tales from lockdown in Wales…Inc Ruth Jones and a surprise for 2 special women, @ShaneWilliams11 and @RyanJonesOnline…and some amazing singing.”(sic)

Another photo showed the former Countdown legend sat alongside her co-star Scott.

“Love the frock Carol…Lovely colour..And your body fits it like a glove,” another person commented. 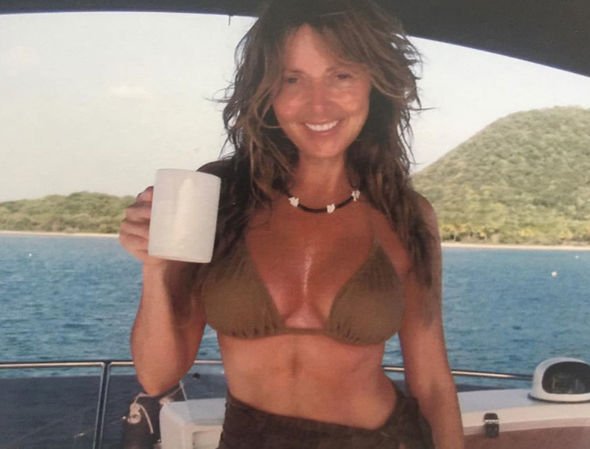 A third person added: “Looking gorgeous Vorders,” while another person commented: “Everyday you look amazing. You are one of those people whom could wear a black bin bag, and make it look £1 million!”

It comes after she shared a throwback snap of her soaking up the sun in an exotic destination yesterday.

The TV presenter wowed in a skimpy brown string bikini as she posed in front of a stunning coastline backdrop.

She completed the look with a brown necklace featuring shells, giving off glamorous beach vibes on her luxurious holiday.

The picture, which was taken back in 2010, and Carol sported dark brunette hair and a fresh-faced look as she held a cup of tea up to the camera.

She revealed in the caption alongside the picture that her Maths Factor necklace in the photo had been to space.

Carol wrote: “Did you know that my school @themathsfactor has been into space?

“I had a special necklace made with our symbol (and two tiny diamonds in the division sign) and SPACE SUMS STS-132 written on the back.

“I watched it launch on Space Shuttle in May 2010. A pic went up too #LaunchAmerica “.