Danielle Alcaraz reflects on being a Playboy Playmate: 'I've always been pretty comfortable in my skin' 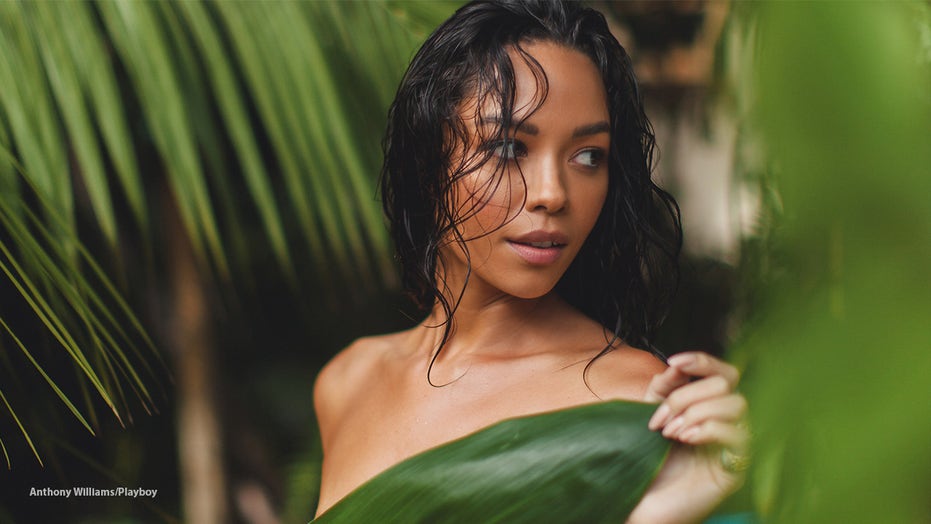 Danielle Alcaraz reflects on being a Playboy Playmate: ‘I’ve always been pretty comfortable in my skin’

Danielle Alcaraz reflects on being a Playboy Playmate. The model earned the title in September 2020.

EXCLUSIVE: Danielle Alcaraz has been waiting for this moment — even in 2020.

The model, who was named a Playboy Playmate for the September 2020 issue, shot her sizzling snaps in a limited set due to COVID-19 restrictions with the help of her photographer boyfriend. The Los Angeles native chose to pay homage to her roots, unveiling a new side and look as the outlet’s coveted pinup.

Alcaraz admitted she wasn’t sure how audiences would respond to her photos, but thankfully, the star said she has been embraced with [virtual] open arms. 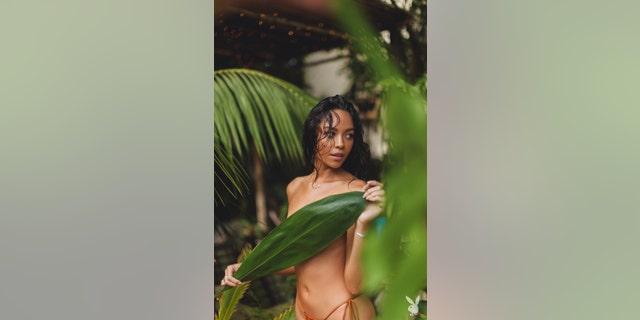 Danielle Alcaraz was named a Playboy Playmate in the September 2020 issue.
(Anthony Williams/Playboy)

Alcaraz spoke to Fox News about becoming a Playmate, what it was really like visiting the Playboy Mansion and tattooing Johnny Knoxville.

Fox News: What does the title of Playmate mean to you?
Danielle Alcaraz: Honestly, the title to me is a testament of just becoming a woman. I know that might sound funny, but I've had such a long career, and I've been modeling for over 10 years now. So this is really a time where I can step into myself, get to know myself a little bit better.

And, you know, going through this whole process, it's really helped me kind of decide what it is that I stand for and what it is I want to share with the world. And it's amazing that they give you this platform to speak to so many different people. So it's really important and special for me to be able to share my thoughts and gifts and all the things that I love and stand for. 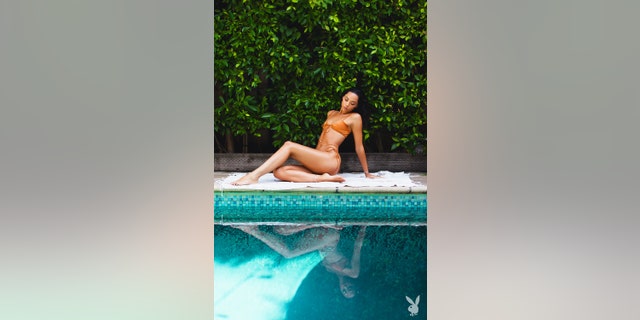 Fox News: Your boyfriend photographed you for Playboy. What was that like?
Alcaraz: We put a lot of time and energy into making sure that it really felt like me, that it resonated with who I am as a person. And I do a lot of creative direction on my own. So I took a lot of the lead on this, and with Playboy, they really want to make the girls feel comfortable and make sure that they're happy.

I’m Dutch-Indonesian and Spanish-Mexican. So I wanted to have that tropical, Bali vibe. and I really believe in having a spiritual practice, so I wanted to feel natural and organic — just like a little staycation.

Fox News: How did the ongoing coronavirus pandemic impact the shoot?
Alcaraz: We were limited by the number of people that we were allowed to have on set. So I got to wear many hats that day as far as directing and producing. And my boyfriend … we trust each other so much, so that really helped in finding our rhythm. But we made some really amazing images. I’m really proud of them. 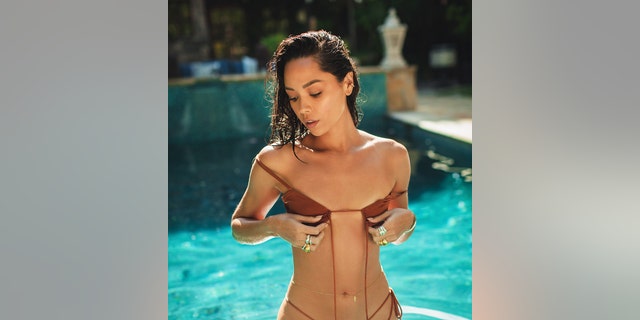 Fox News: How did Playboy help you celebrate your body in a way that perhaps you haven’t done before?
Alcaraz: I’ve always been pretty comfortable in my skin and in my body. And I think being an only child, I’ve always been very independent growing up. I hope to inspire other women to just tap into that natural side of themselves, that authentic side.

It was a little nerve-wracking because you never know what kind of response you’re going to get. But I wasn’t scared to tell my parents. They’re both very supportive, open and nonjudgemental. They were really happy for me. I’m really glad they reacted that way. But you know, Playboy is definitely a great source of showcasing all types of women. And I think they’re doing a really great job of making sure everyone is comfortable and represented.

Fox News: What’s a misconception you feel people still have about Playboy, and what’s the reality?
Alcaraz: [When] I did a test shoot with Playboy, I wasn’t really putting myself down, but because I am smaller chested, I didn’t think that I had a chance, to be honest. You’re so used to the old school models, or like what Playboy was back in the ‘80s or ‘90s. Now it’s so different. It didn’t really surprise me that they were open to showcasing me as their Playmate. I feel like that’s such a big step for them, and it really makes me feel good to know that other girls can not be discouraged. 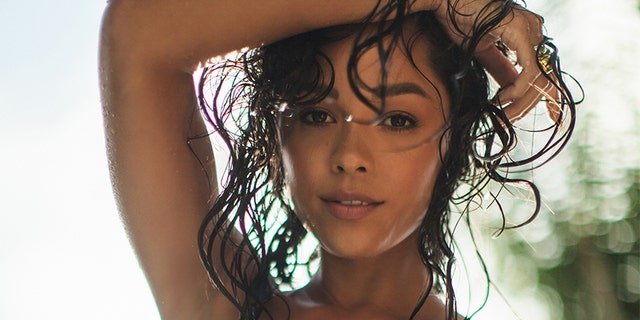 … The magazine has represented so many different women in the last few years. I’m just blown away that they’re being so brave about it, you know? These women get a platform to showcase their stories. You just never know what people are going through. So [this] can inspire other people to be a better person, to be fearless, to be confident. 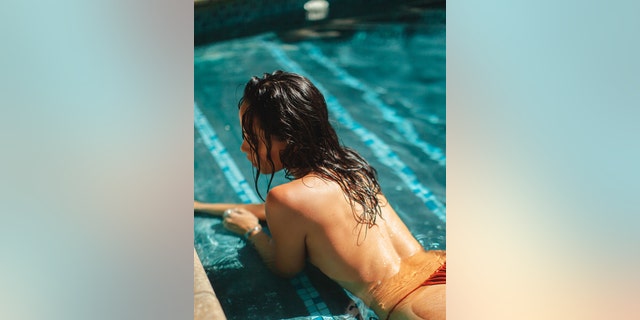 Danielle Alcaraz paid homage to her roots in the September 2020 issue of Playboy.
(Anthony Williams/Playboy)

Fox News: You previously visited the Playboy Mansion, specifically for their famous Midsummer Night’s Dream party. How would you describe your experience?
Alcaraz: Going to the Playboy Mansion was like going to a museum or an amusement park. You’re like a little kid and everything inside is just like nothing you imagine. It’s the total Hollywood experience. There’s the red carpet, there’s the photo booth. There’s the open bar. There are famous people walking around everywhere. So our senses are overloaded. And they had so many cool entertainers, like fire dancers and people doing crazy acrobatics, stuff like that. 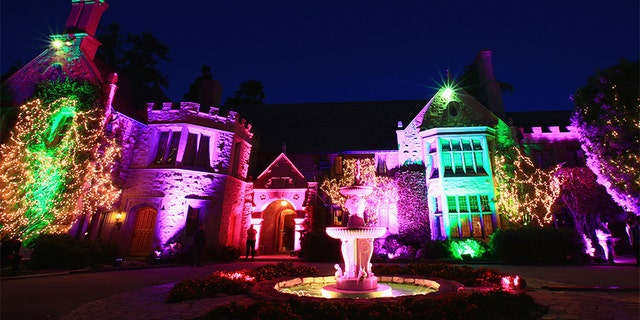 It’s a really fun time and you get to wear lingerie to a party. Like, when do you ever get to do that? This is the ultimate time and place to do that. So it was so much fun dressing up and getting ready with your girlfriends. It’s really like a moment in time that I’ll never forget. I was able to go to a few of them. And one of the last ones I attended, I was able to bring [my boyfriend], and he had the time of his life. You can imagine, this is a guy’s dream to go to a Playboy lingerie party. 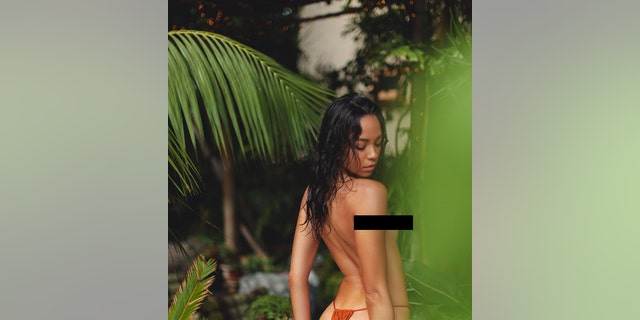 Fox News: Back in the fifth grade you tattooed Johnny Knoxville. How did you manage that?
Alcaraz: My dad’s a tattoo artist so I spent a lot of time in the tattoo shop. … [Knoxville] came into the tattoo shop… and one of the band members, the Germs, had recently passed away. And he wanted a tattoo in tribute to the band. It was really just a small blue circle that he wanted on his hand. That was one of the album covers.

My dad just told him, 'Well, my daughter can do it.' I already had tattooed my dad and some of his friends, but just little tiny things like a spider or a ladybug … not a masterpiece or anything. I was a kid. The extent of my talent was not very great. But him being Johnny Knoxville, he was totally down. I gave him this blue circle tattoo. He paid me a hundred bucks. Technically, I think that was my first job ever in life. 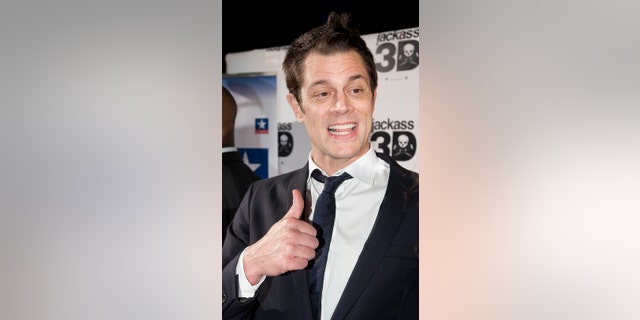 I ran into him again later at an art show, like 10 years later. I was like, 'Hey, I was that kid who tattooed you.' And he was like, 'What? No way!' I looked at [the tattoo] and it was all faded — I don’t even know what happened to it (laughs). It needs a touch-up.