David Beckham: Star's still got it with crossbar challenge

The former England midfielder is considered a national treasure for his impressive 26 years as a footballer. David, who now lives in the US, scored 17 goals and earned 115 caps during his international career. The 45-year-old and his wife Victoria Beckham’s closeness to the Royal Family has been noted on many occasions.

After Meghan Markle and Prince Harry announced their decision to leave the Firm last year, David came out in support of the couple.

He said he was “proud” of the Duke after he stepped down and described him as an “amazing” person.

David, who refused to comment on the royal drama following their departure, maintained he and Harry only spoke “as friends”.

The football ace told Entertainment Tonight that the Queen’s grandson was the “person that every father wants to be”. 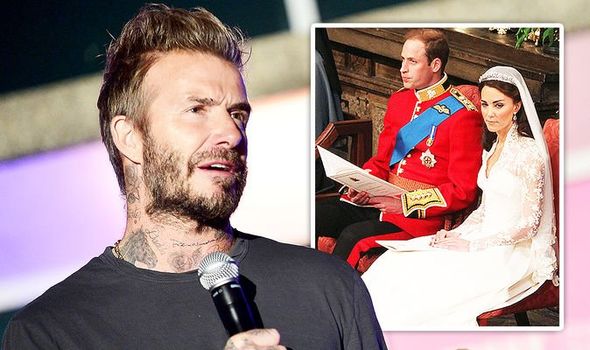 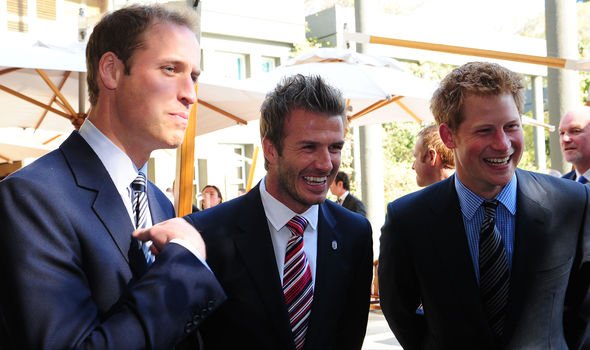 He noted the royal’s “loving” nature towards son Archie before Meghan announced she was expecting a daughter during their tell-all with Oprah Winfrey last month.

Despite the alleged feud between Harry, 36, and his brother Prince William, 38, David has maintained a close relationship with both.

Last year, he appeared alongside William for a campaign to promote talking about mental health in sport. 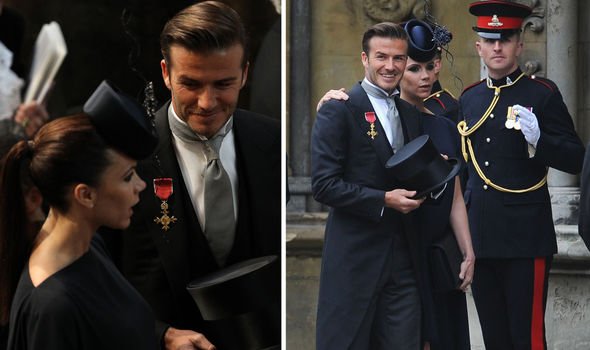 During their candid discussion, David admitted he struggled to deal with the backlash after getting sent off against Argentina in the 1998 World Cup.

The star claimed the public reaction was “pretty brutal” and believed it would have been harder if “social media was around”.

He said: “It would have been a whole different story, but I was lucky – I had a support system within Manchester United, the manager and obviously family.”

David told William that he didn’t feel comfortable asking for help “because it was a different era”, which inspired his push to help young players to speak out. 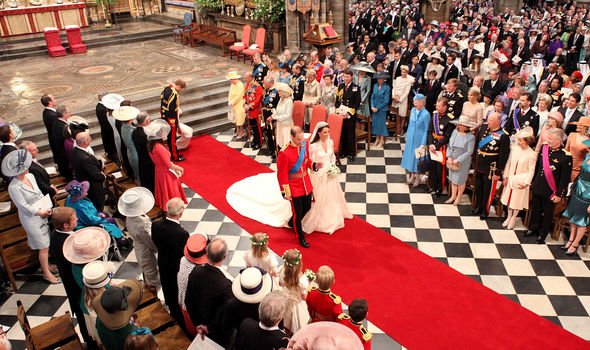 He added: “I just felt that I had to keep it all in and deal with it myself.”

David’s closeness with William led him and Victoria to be invited to the royal wedding on April 29, 2011.

The nuptials were watched live by 17.6 million people in the UK and more than two billion viewers worldwide.

But during the royal’s big day, David suffered an unfortunate gaffe. 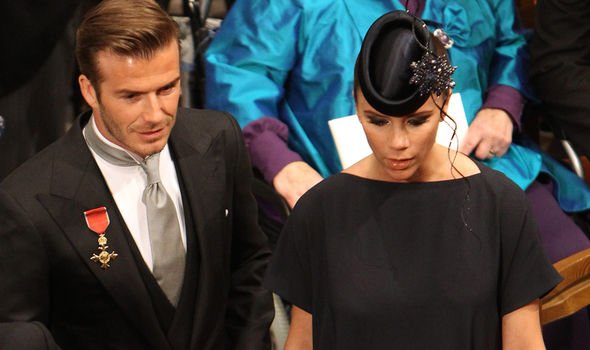 The blunder was reported in OK! Magazine’s Royal Anniversary Special, which celebrates 10 years of marriage between Kate and William.

Among the 1,900 guests were Sir Elton John, the Beckhams, Tara Palmer-Tomkinson, Rowan Atkinson and Guy Ritchie.

Victoria, who was pregnant with Harper, now nine, was described as having looked “stunning” in her midnight blue dress.

David was equally dressed to the nines, in a dark morning suit with a grey tie.

However, in front of the billions of people watching the ceremony, the footballer made an unfortunate error.

The star proudly showed off his OBE, which he was awarded as part of the Queen’s 2003 Birthday Honours List.

But the medal was “on the wrong side of his chest” according to OK! and went unnoticed for some time. 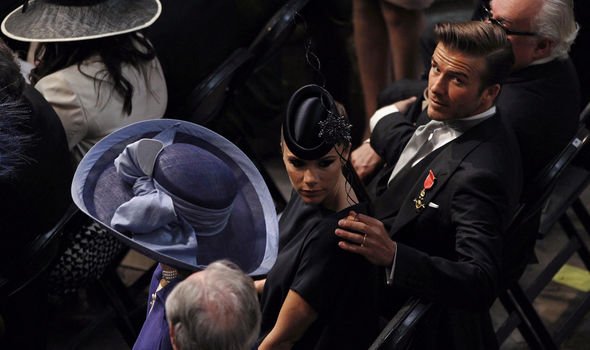 On the day, Her Majesty wore a primrose yellow wool crepe outfit with a hat that featured trimmed silk leaves.

OK! described the Queen bearing “a smile” that was “almost as sunny” as her dress.

On the big day, Kate wore a tightly fitted dress that “took its place in the history books and fashion archives”.

The ivory satin and lace grown, created by Alexander McQueen’s company, was described as “the very best of British craftsmanship”.

Get your copy of the OK! special collector’s edition in stores now priced £4.99 or buy online at ok.co.uk/cambridgespecial.