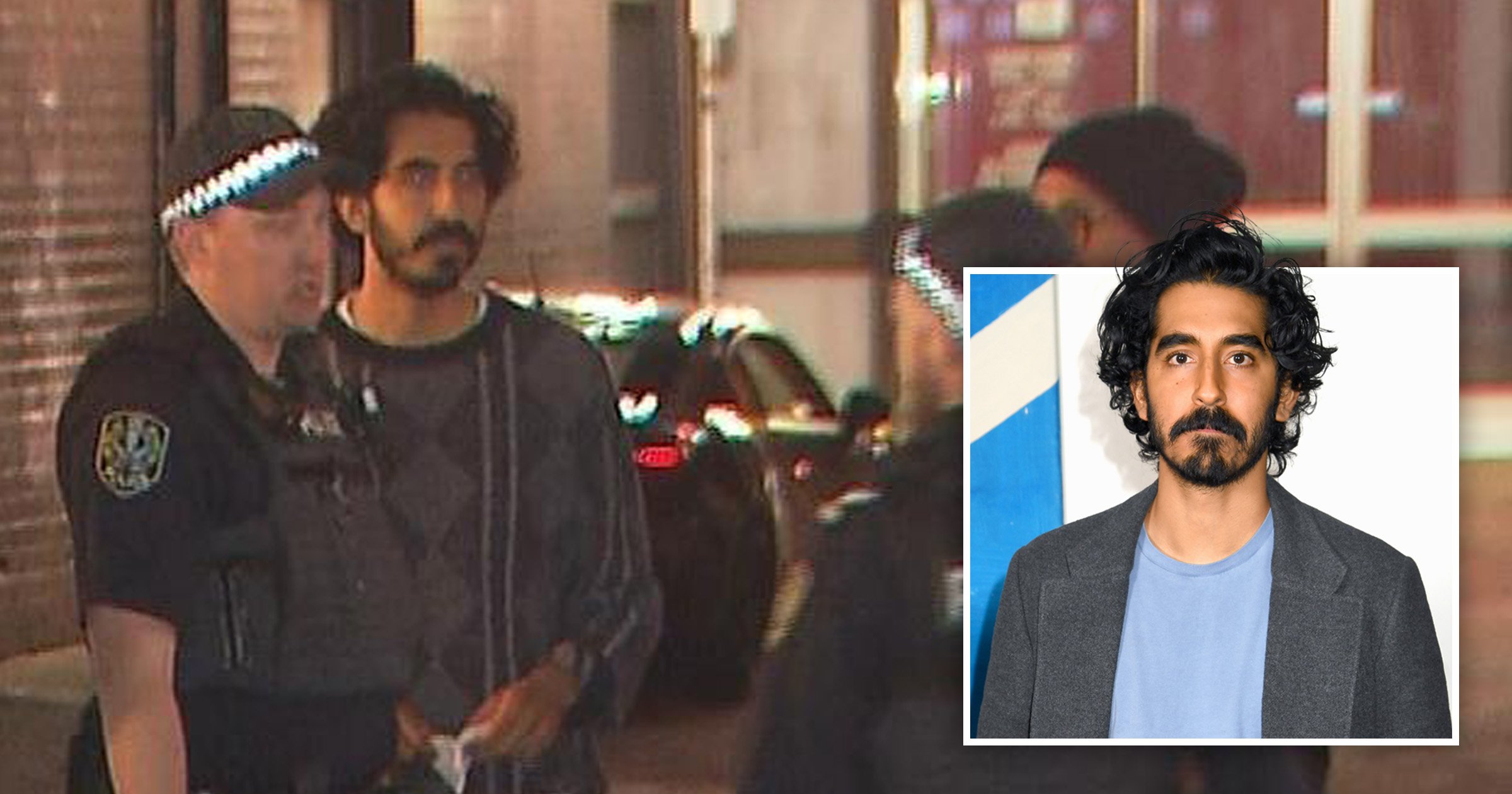 The Lion actor was pictured speaking to police in Adelaide after a woman allegedly stabbed a man in the chest outside a petrol station at 8:45pm on Monday night.

Dev is thought to be spending time in Australia with his girlfriend Tilda Cobham-Hervey, who he met in 2016 on the set of the 2018 film Hotel Mumbai.

Police were called to the scene on Monday after reports of a man and woman fighting in the street in Adelaide. Witnesses attempted to break up the fight.

A statement from South Australia Police reads: ‘A woman has been arrested following a stabbing incident in the CBD [Central Business District] last night.

‘About 8.45pm on Monday 1 August, police were called to Gouger Street after reports of a man and woman fighting in the street. The couple continued fighting inside a nearby service station where witnesses attempted to break up the fight.

‘The woman then allegedly stabbed the man in the chest. A 32-year-old man from Glengowrie was treated at the scene by ambulance officers before being taken to the Royal Adelaide Hospital. His injuries are not considered life-threatening.

‘Police attended and arrested the woman. The pair are known to each other, and this is not a random incident.

‘A 34-year-old woman from Park Holme was charged with aggravated assault causing harm. She has been refused bail and will appear in the Adelaide Magistrates Court today.’

Dev’s girlfriend Tilda is from Adelaide and the pair are said to have relocated there after living in Los Angeles together.

Last year it was reported that the pair would spend ‘five months’ in Australia, although it seems they may have stayed longer than planned.

Aside from Hotel Mumbai, which she appeared in with Dev, Tilda is known for starring as Helen Reddy in the 2019 biopic I Am Woman.

Dev is known for roles from Skins to Slumdog Millionaire and The Best Exotic Marigold Hotel, and made his directorial debut for upcoming film Monkey Man.

Metro.co.uk has contacted reps for Dev Patel for comment.