The Duke and Duchess of Sussex have reportedly hired an Oscar-nominated director who will helm their rumored Netflix docuseries.

As part of their $100 million deal with the streaming service, Liz Garbus will now work on the series, according to Page Six, which the couple have allegedly been working on for over a year.

Liz worked on season four of The Handmaid’s Tale and was nominated for an Emmy in 2021. She was also set to work on Meghan and David Furnish’s plannined animation Pearl before it was scrapped earlier in 2022.

Archewell has never confirmed the reality series, but camera crews were pictured with the pair in September 2021 when they attended a series of events as well as the Global Citizen Live event.

The two were pictured earlier on Saturday turning into Oprah Winfrey’s 70-acre property accompanied by a woman believed to be the pair’s friend, actress Janina Gavankar. 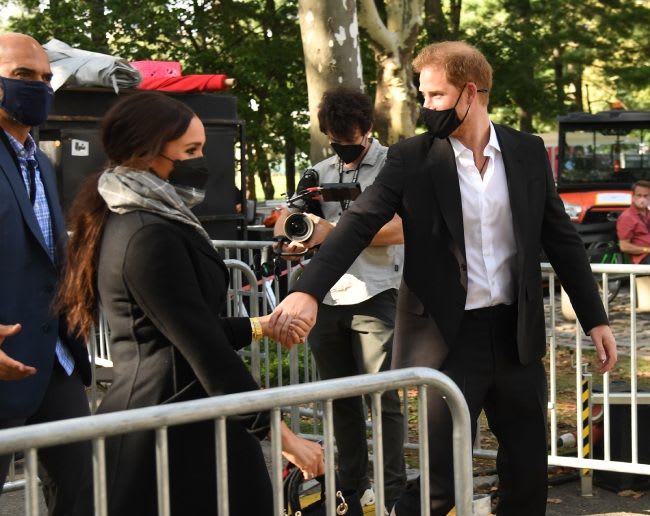 The pair were picture with film crews in New York City

The trio are said to have spent an hour at Oprah’s estate, having made the five-minute journey from their own home in Montecito in a convoy of cars, including a Range Rover carrying personal security.

In pictures obtained by Mail Online, Harry drove the lead car, with Meghan sat in the backseat, chatting to both her husband and friend in the front.

The visit has sparked reports that the couple are preparing for another interview with TV icon Oprah. 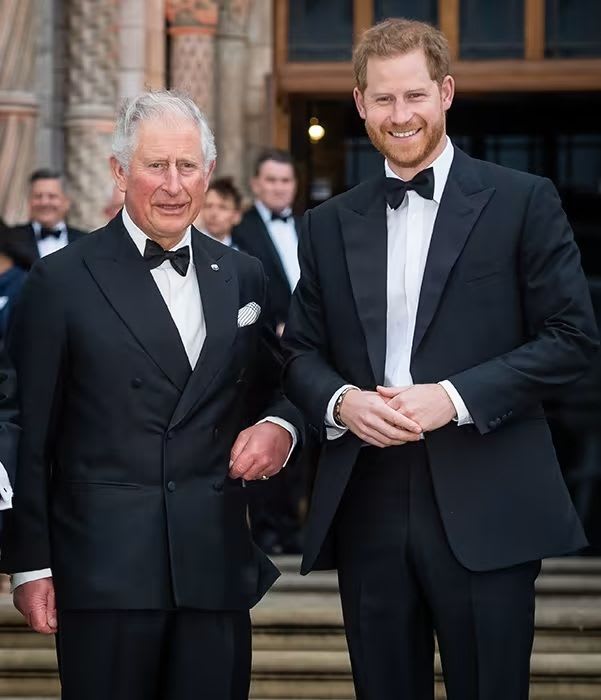 Harry spoke about his strained relationship with father, Prince Charles

During their initial two-hour conversation in 2021, the pair opened up about the difficulties they claimed to face during their time as senior royals, their lives in Montecito, and announcing that they were expecting a baby girl; the two are now parents to three-year-old son Archie and daughter Lilibet who turned one at the end of June.

There were a number of bombshell moments – from Meghan claiming that Kate Middleton made her cry before her wedding to Harry, to alleged concerns from a member of the royal family about son Archie’s skin color.