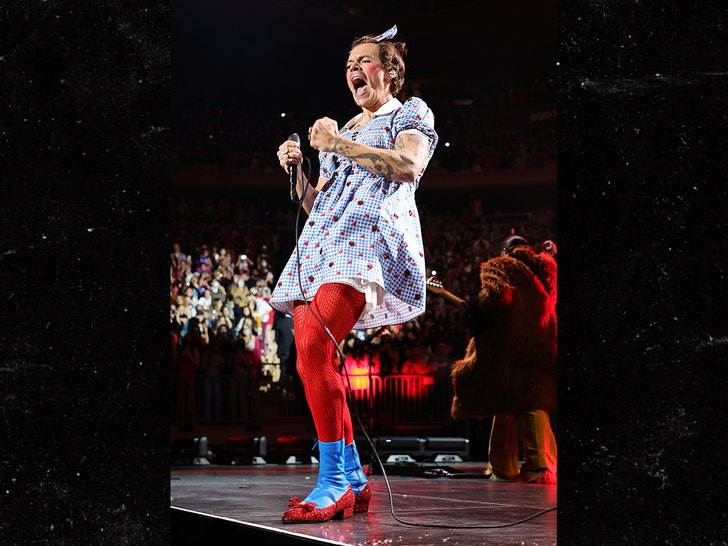 Harry Styles killed — not Freddy Krugger style, but still — Saturday night in NYC, as he chose a throwback both in costume and in song.

Harry performed at a jam-packed Madison Square Garden and hopped on stage as Dorothy from “The Wizard of Oz.” He got it right … right down to the ruby-red slippers. He called the night, “Harryween!”

And then he sang the staple, “Somewhere Over the Rainbow,” and it was kinda awesome.  Too bad Judy Garland’s not alive … she could’ve sang “Watermelon Sugar!” Speaking of … does that song work as performed by Dorothy from T.W.O.O.?  We’ll go with YES.

It’s part of Harry’s Love On Tour, and he has one more night at the Gardon.  Pray tell what he’ll wear.’

One thing’s for sure … it’s nice to see crowds at concerts again as we hopefully exit the pandemic.