From calls for racial justice to celebs encouraging fans to vote, to tributes to the late Supreme Court Justice Ruth Bader Ginsburg, political messages and inspiring calls to action were abundant and unforgettable.

Host Jimmy Kimmel kicked things off in his monologue by joking about the strangeness of hosting an awards show during a pandemic — which he delivered to b-roll footage of past awards show audiences — and it set the tone for the blend of comedy and political potency that would define the night.

Here’s a look at the most powerful and memorable political moments from this year’s Emmy Awards. 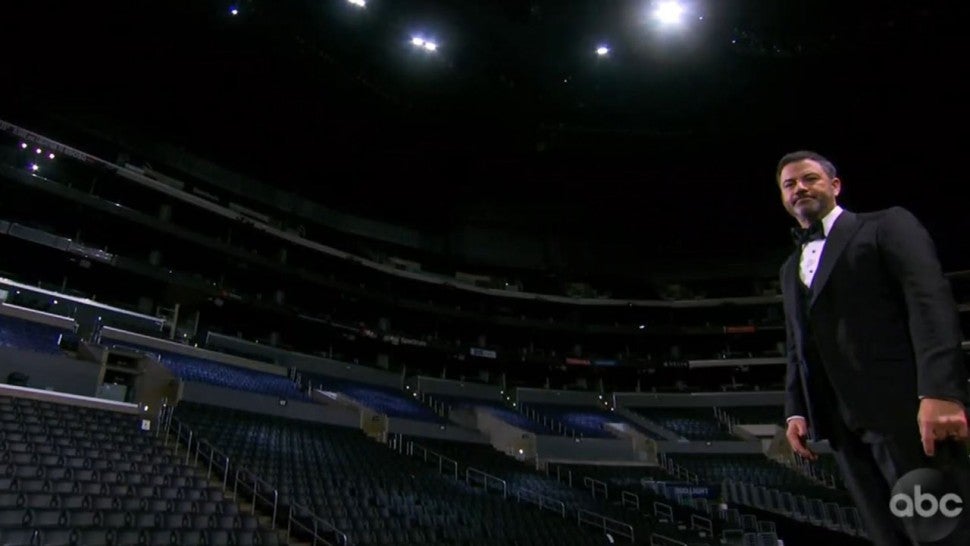 The host surprised fans by seemingly addressing a jam-packed audience of celebs, who all laughed uproariously at his jokes about the pandemic. However, he soon revealed that the reaction shots were all just b-roll from past awards shows, and he was actually standing onstage in front of an empty audience. “Of course I’m here all alone. Of course we don’t have an audience. This isn’t a MAGA rally, it’s the Emmys!”

Before the show even kicked off, Regina King sat down for a pre-Emmys interview, and she used her time to make a subtle-yet-stirring political statement. The Watchmen star wore a fuchsia Schiaparelli suit over a T-shirt featuring Breonna Taylor’s portrait, under the words “Say Her Name.” 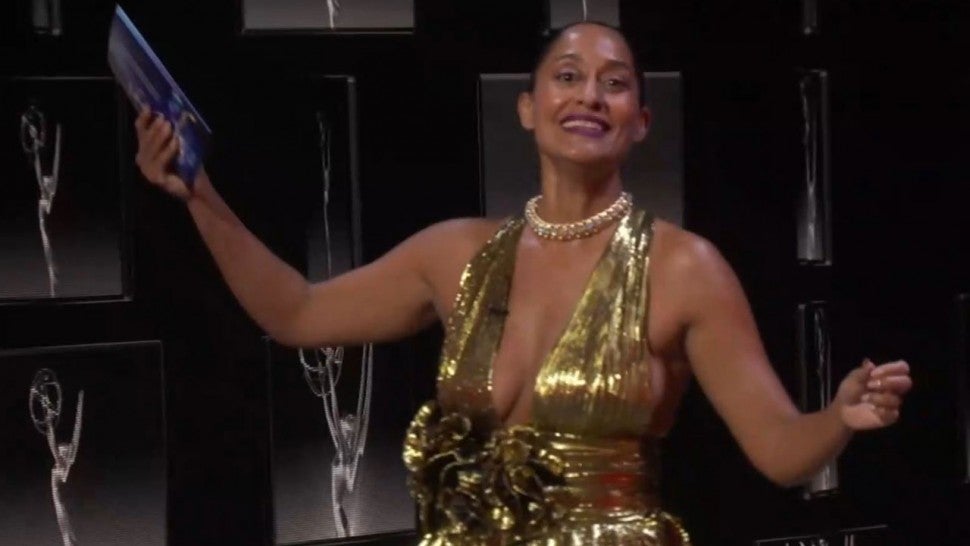 Decked out in a stunning gold gown, Tracee Ellis Ross came out as one of the presenters of the night and shared a simple message: “Stay safe, make a plan for voting, and goodnight!” When pressed to actually announce the winner of the Outstanding Writer of a Comedy Series, Ross said, “People are very fragile right now, and’m fragile right now… Don’t you think there’s enough, like, dividedness in this country? Aren’t we tired of people pitting each other against each other? Isn’t art subjective? What are prizes? What is this prize stuff?” However, when Kimmel reminded her that she wouldn’t get a fancy gift bag if she didn’t read the winner, she eventually bit the bullet.

“As I sit here on my rooftop in the middle of Brooklyn, in the middle of a pandemic and this social climate that we’re in, I am honored and grateful to be a part of the important story that is #FreeRayshawn, to be an emotional vessel, to shed light on these victims and what their families go through,” Jones said as she accepted her award for the Quibi series, which tells the story of a black veteran who finds himself in a confrontation with New Orleans police. “Let’s vote in November, and let’s continue to tell these important stories.”

RuPaul also used his speech — for his fifth consecutive win for Outstanding Host for a Reality or Competition Program — to urge fans and viewers to make their political voice heard.

“I’ve always said, every time I bat my false eyelashes, I’m making a political statement. Well, tonight, the only political statement I want to make is this: Love,” he said. “Love for our LGBT brothers and sisters, love for Black queens and brown queens, and love for the United States of America, where a little gay boy with nothing more than a pussycat wig and a dream can build an international platform that celebrates sweet, sensitive souls everywhere.”

“Hey, I’ve got an idea,” RuPaul concluded, “on Nov. 3, make this your ringtone: ‘The time has come for you to vote for your life!‘”

The Emmys aren’t the only place A-listers are using their platforms to encourage fans and followers to get politically active. The Weeknd, Lady Gaga and more honorees sent powerful messages at the 2020 MTV Video Music Awards last month, and host Amanda Seales made sure the 2020 BET Awards back in June made its own statement, starting with her powerful opening monologue.

Kim Kardashian West and Chelsea Handler joined female politicians like Rep. Maxine Waters to celebrate women’s suffrage as part of the Be Woke. Vote. campaign, and Michelle Obama urged viewers to vote for Joe Biden “like our lives depend on it” during her speech at the Democratic National Convention last month.

See more on the historical power of the Emmys in the video below.