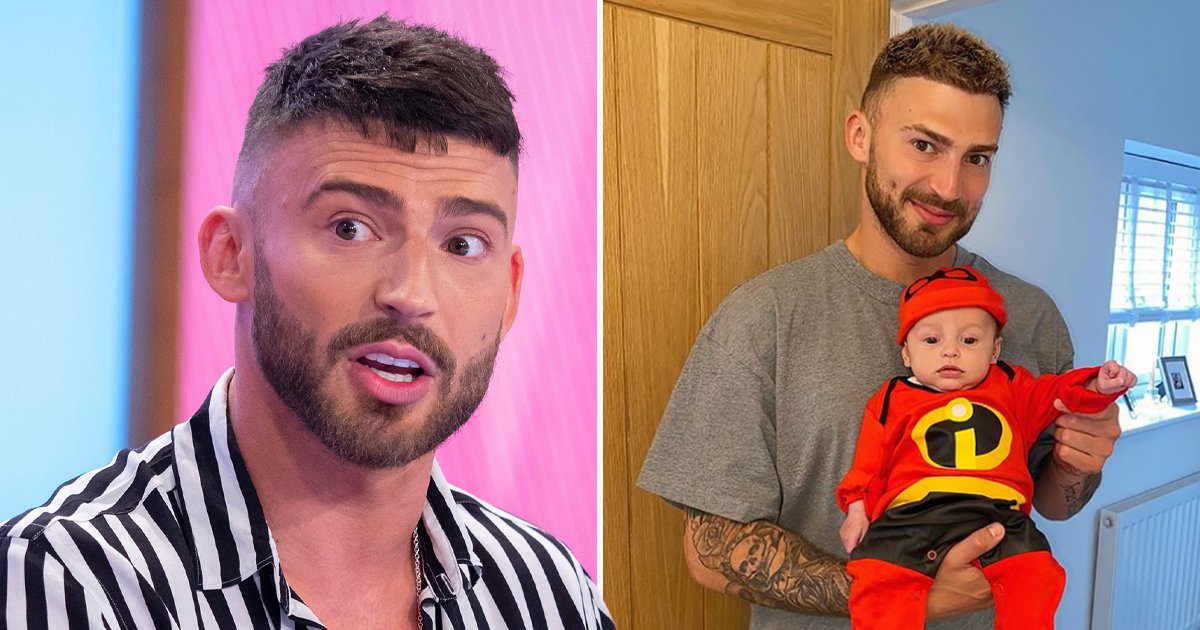 Jake Quickenden revealed he was tempted to stop posting photos of baby Leo on social media, after the little one was attacked by vicious trolls.

The I’m A Celebrity… Get Me Out Of Here! star, 32, welcomed his first child with girlfriend Sophie Church at the beginning of the year, introducing fans to his newborn shortly after.

However, pictures of Leo were met with vile comments on Instagram, with followers branding the tot ‘ugly’ and saying he needs Botox injections.

After explaining that the majority of hurtful messages actually came from mums, the singer said there was a time he considered keeping his face off of social media.

Chatting to Metro.co.uk to promote Thortful’s new mental health awareness campaign, he told us: ‘It’s crossed my mind. Like, should I post this? Or should I ask this question? Because people take it the wrong way.

‘I posted a poll saying, “Do people leave their babies to cry or do people pick them up straight away?” I never said what I did, and it got made into this massive deal that I left him crying. I was like, obviously if my baby’s crying, me as a person, I’m there straight away.

‘If anyone watches my Instagram, I’ve literally got Leo here [by me] all the time. I don’t want him to cry. Doing things online, as well as messages, things can be taken the wrong way so easily. I think that’s what’s happened a lot of the time. There was a part of me that thought I’m just not going to post.’

But Jake was adamant that he wasn’t going to let a small group of people change what he does.

‘I kind of live my life through Instagram, and I enjoy posting, I enjoy helping other people,’ he continued. ‘And then part of me thought, am I going to let a small minority rule what I do and how I go about things?

‘There might be 100 people happy that I’m offline and off my Instagram, but then there might be more people saying, “Oh, we really liked your stories with Leo, it made us smile”. You’ve got to look at it both ways, and the pros hard outweigh the cons.’

While the new dad is happy to keep posting pictures of his adorable son and updating us all on his milestones, there is one change he will be making on social media.

‘Well, I decided that I’m not going to respond to it anymore,’ Jake added. ‘That’s probably the northern in me as well, I love an argument. I sometimes fight my cause.

‘It’s always people that don’t know you who are making these comments, and they believe everything they read, and they make their judgments on little things that you might say or do, not really knowing the full story.

If you’ve got a celebrity story, video or pictures get in touch with the Metro.co.uk entertainment team by emailing us [email protected], calling 020 3615 2145 or by visiting our Submit Stuff page we’d love to hear from you.