To view this video please enable JavaScript, and consider upgrading to a webbrowser thatsupports HTML5video

The courtroom descended into laughter on Thursday during Johnny Depp’s libel trial, after the actor’s personal security was baffled by a question about Depp’s penis.

It marked another day in the ongoing trial, after the 58-year-old sued Heard, 36, over a 2018 article she wrote in The Washington Post, which Depp’s lawyers say falsely implies he physically and sexually abused her. The article does not mention him by name. Heard is countersuing for $100million (£76m) claiming Depp libeled her by calling her a liar.

On Thursday, Depp’s personal security Malcolm Connolly testified via videolink beamed into the Virginia court, as he answered questions from Heard’s lawyer.

In a video from the live-streamed trial, Connolly – who began working as Depp’s private personal security in 2006 – was thrown by a question about whether he saw Depp urinating in the foyer of his house in Australia, before a question about Depp’s penis sent the Pirates Of The Caribbean actor into giggles alongside his legal team.

Connelly had accompanied Depp and Heard to Australia in 2015, where Depp was filming the fifth Pirates Of The Caribbean, at the time when the actor severed his finger.

During cross-examination, Heard’s lawyer asked him: ‘And when you arrived at the house you could hear a ruckus, correct?’ to which Connolly answered: ‘Yeah, I could definitely hear something through the door, yeah.’ 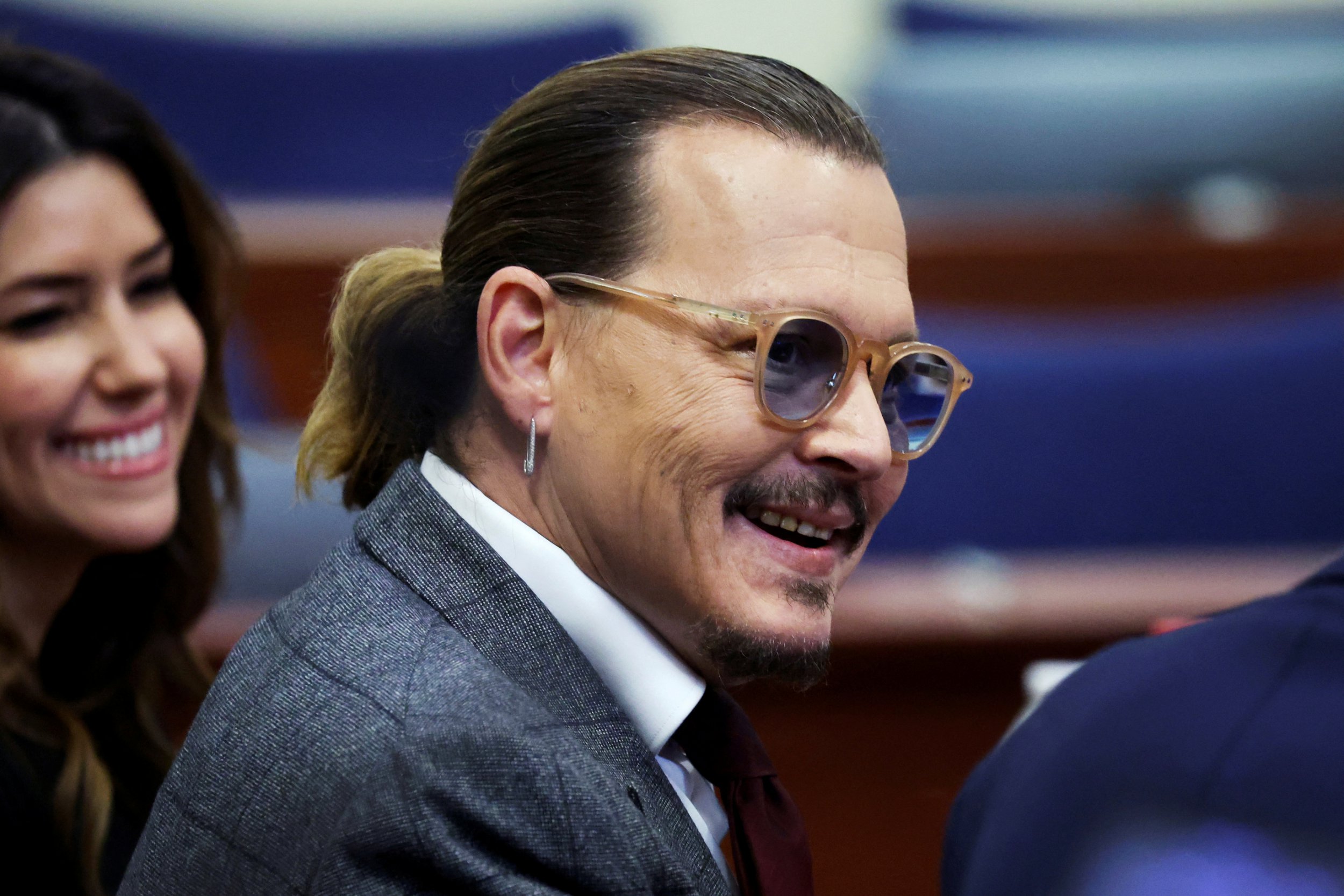 ‘And Mr Depp was trying to urinate in the foyer, wasn’t he?’ Heard’s lawyer said, as Connolly looked baffled, scrunched up his face and said: ‘No.’

Depp was seen alongside his own team looking confused by the question, as he held a hand up to his face and began chuckling in his seat.

While those in the courtroom continued to laugh, Connolly was then asked: ‘Mr Depp had his penis out, didn’t he?’

He replied, as Depp put his head in his hands: ‘I think I would remember seeing Mr Depp’s penis.’

Elsewhere in his testimony, Connolly told the court he never saw Depp or Heard – who met on the set of 2011’s The Rum Diary before marrying in 2015, and divorcing a year later – engage in any physical violence towards each other, but said he noticed injuries and ‘scratches’ on Depp’s face during his honeymoon with Aquaman actress Heard.

A photo taken by Connolly and shown to the jury purportedly portrayed Depp with visible scratches and ‘swelling’ on his face.

Asked what he thought had happened, Connolly told the court: ‘Either he’s walked into a door, or a door has walked into him.’

The trial, which began with jury selection on April 11, is expected to last around seven weeks, after Depp alleged that Heard lied about being a victim of domestic abuse and implied he was the abuser in a 2018 Washington Post op-ed about domestic violence.

Depp also alleged that Heard had in fact abused him during the course of their relationship and their 15-month marriage.

Heard is expected to take to the stand and share her testimony next week.