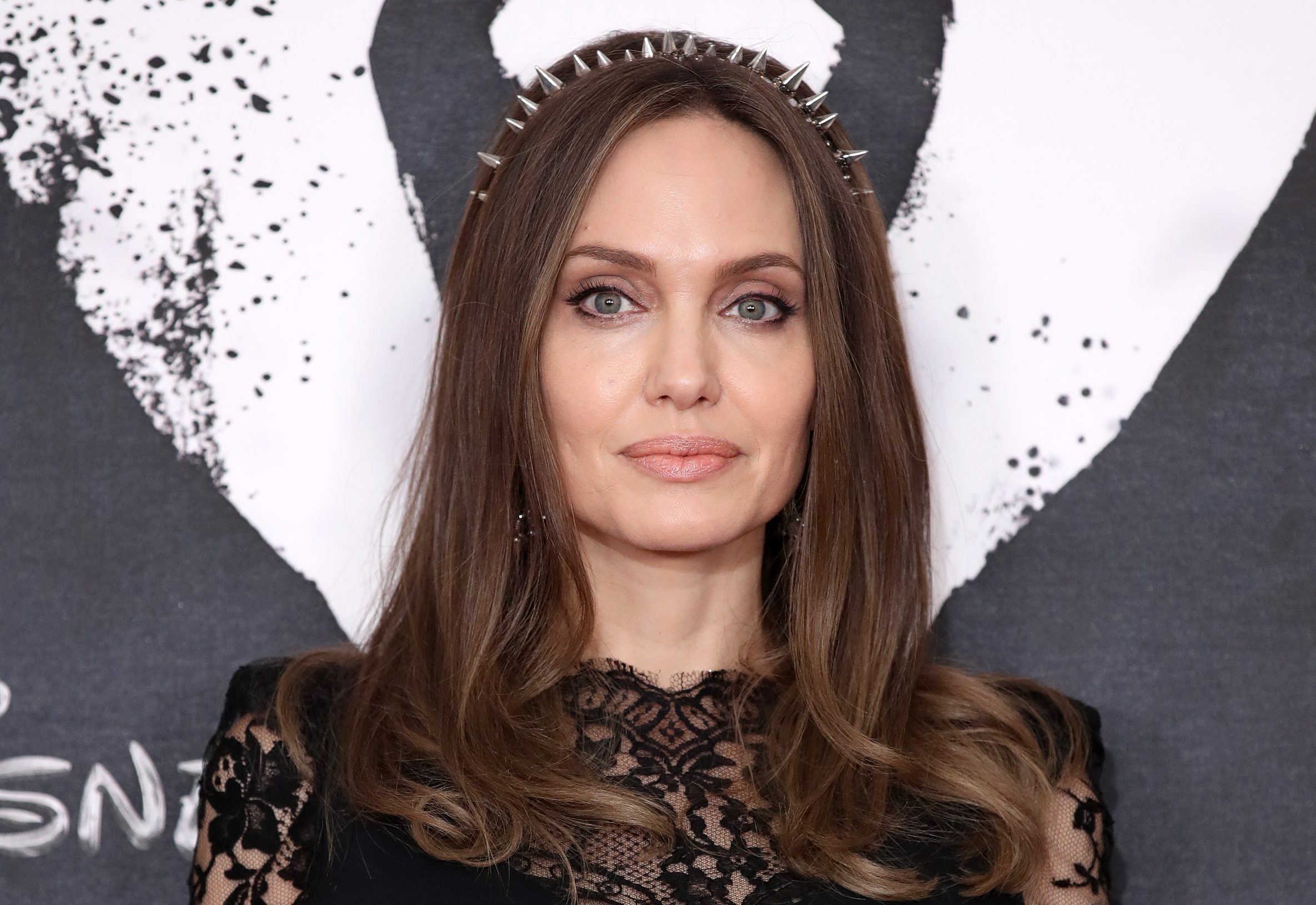 Australian journalist Peter Overton has recalled a shocking encounter with Angelina Jolie on the red carpet which resulted in him accidentally headbutting the Hollywood star.

Really not what you want to be doing to an A-lister, Peter.

The newsreader took us back to the noughties when he was on the red carpet for the Tomb Raider premiere in London, as Ange made her way along, speaking to reporters.

Rehashing the incident to Nova’s Fitzy and Wippa on Tuesday’s programme, Peter claimed: ‘I remember Angelina Jolie, I interviewed her twice.

‘Fantastic woman. She didn’t have the whole entourage around her.

‘We were at the Odeon Theatre in Leicester Square in London for the big premiere of one of her Tomb Raider movies and I was front and centre of the red carpet behind the rope.

‘The producer said, “When she comes through” – I’d interviewed her for a couple hours [before] – “give her a kiss”, I thought, I’m not giving her a kiss, [they insisted] “it’ll be a great moment!”‘

Initially hesitant, Peter claims he came around to the idea and went for the cheek kiss as Ange approached. Bad idea.

‘As she came by I went in to give her a kiss and I missed and headbutted her!’ he explained. ‘It was terrible. I can still feel our foreheads hitting.’

Quizzed on whether Angelina said anything about the moment, the Channel Nine newsreader added he ‘said sorry’ but Angelina quickly ‘moved on, never to be seen again’.

Clearly with a penchant for awkward celebrity interviews, Peter also recalled his viral interview with Tom Cruise, in which the actor told the journalist to ‘put your manners back in’ in a now-infamous conversation.

In the 2005 60 Minutes interview, the pair discussed Tom’s relationship with his ex-wife Nicole Kidman. Another bad idea.

Describing the moment after the interview ended, Peter claimed: ‘He shook my hand, then he got a bit agitated, then he shook my hand again, and that was the end of that. I left the compound where we were doing it and sort of wondered, “What the hell just happened there?”’

Surprisingly, ‘Tom hasn’t called since then’, but Peter insists he has ‘no ill will’ against the star because the interview went ‘around the world’.