Justin Bieber wore a bizarre mask over his face, while on his way to church with wife Hailey Baldwin in Beverly Hills. See the photo!

Ski season in Los Angeles? Justin Bieber, 27, wore a strange mask over his entire head on his way to church with wife Hailey Baldwin, 25, in Beverly Hills on January 26. The mask, which didn’t cover his mouth or nose, appeared to be covered with text in a white font that stood out over a black background. The singer also sported sunglasses over the eye holes of the mask, and a hoodie over his head just in case anyone didn’t get the memo that he did not want to be bothered.

Justin completed his unique look with cargo pants and Crocs, clutching a glass of something in his hand. Hailey wore a serious expression, looking low-key put together in a cream-colored top and wide-leg pants, sneakers, and a shearling lined brown cropped coat. The married couple, who dated off-and-on for years before finally tying the knot in 2018, are frequently photographed going to church service, but this look takes the cake! 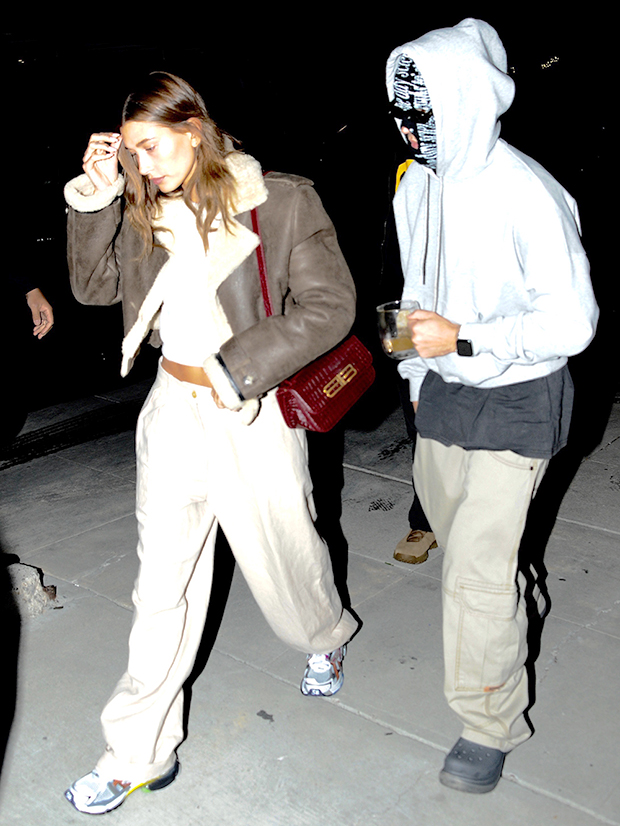 This latest outing is not the first time Justin has merged church and fashion. In November, the provocative star posed for a Balenciaga ad in an outfit that resembled a priest’s robe: a floor-length black cloak, black square-toed chunky boots, and a lanyard around his neck that held a bunch of keys. “It’s fashion darling,” Justin had captioned the pic, which also displayed a very serious, somber expression on his face.

Justin Bieber & Hailey Baldwin's Most Romantic Moments: Photos Of The Lovebirds And Their Cutest PDA 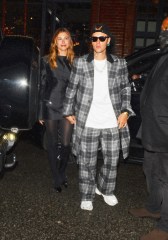 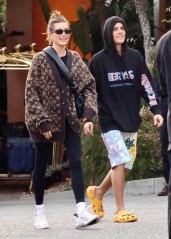 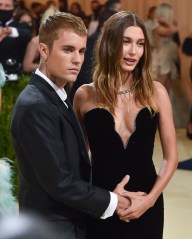 Always keeping his fans guessing with his appearance, Justin created quite a stir on January 20 when he was photographed in his car rocking a freshly-shaved head, hiding it partially under a red hoodie. He posted a photo on Instagram a few days later, once again covering his new bald head, this time with a furry, black-and-white, zebra-print bucket hat, once again wearing sunglasses at night.

At the very least, fashion is temporary (unlike the array of tattoos all over his bod), and is all about taking risks, so he can rock whatever he’s feeling and will most likely continue getting away with it!