Katie Price in plea over bankruptcy case from the Maldives

The ex-glamour model, 42, faces questions on how she funds the five-star jaunts. She called the Indian Ocean island break with boyfriend Carl Woods, 31, a “work assignment” and said “90 percent” of trips are for business reasons. She has visited Thailand, Turkey, Spain, France and had a cabin break since being declared bankrupt last November.

The mum of five, once known as Jordan, is being investigated amid concerns that she is splashing out on luxuries rather than paying creditors.

She joined the latest hearing on her finances by Skype, apologising for delays and blaming poor mental health.

Katie told a judge at the Rolls Building in London she feels “progress is being made”. Reading from a statement, she said writing things down is part of the “process of dealing with my mental state whilst on the road to recovery”.

She told a July hearing she had been burgled, “lost everything” and had a “bad breakdown”, with five weeks in The Priory.

Yesterday she said: “I can only apologise. I just haven’t been able to deal with these issues or in the right mental state.” Creditors may think her engagement is “too little too late” but she has now provided financial details, she said. 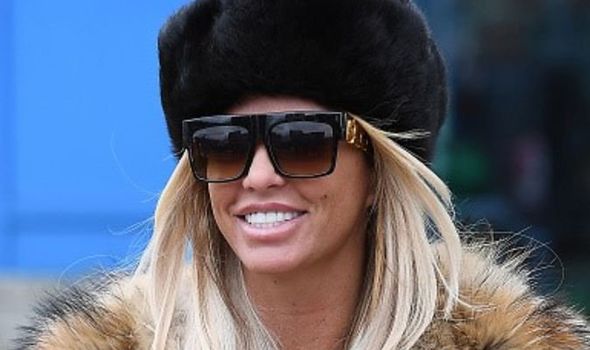 Katie was once said to be worth £40million and in 2018 was given time to agree a deal with tax officials. Bankruptcy proceedings were restarted after she failed to meet its terms.

Her “income and expenditure”, the funding of holidays and the “theft of jewellery” were issues the Official Receiver wants to resolve, the court was told.

Katie said she had contacted police about her jewellery in recent months and added: “I appreciate I have not been easy to communicate with… but I have not hidden. I will work hard to make this right.”

In the last few days, Katie and boyfriend Carl have shared snaps from their Maldives hotel, taking boat rides and relaxing by the pool. Katie attempted to explain the break but was mostly inaudible over the link to the court.