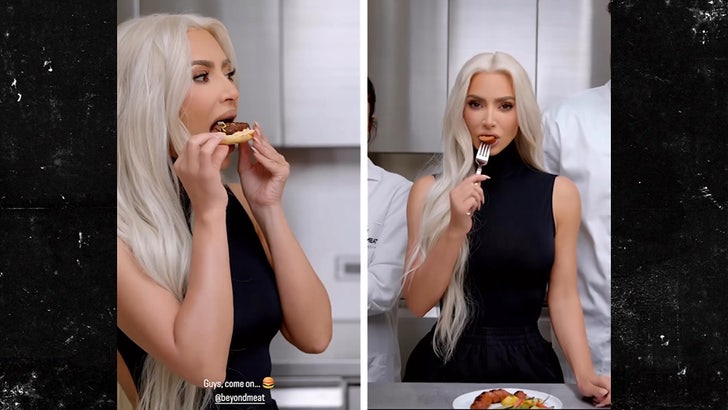 Kim Kardashian did, in fact, go to town on Beyond Meat products … a point she really wanted to prove in a newly surfaced video from a recent commercial she did for the company. 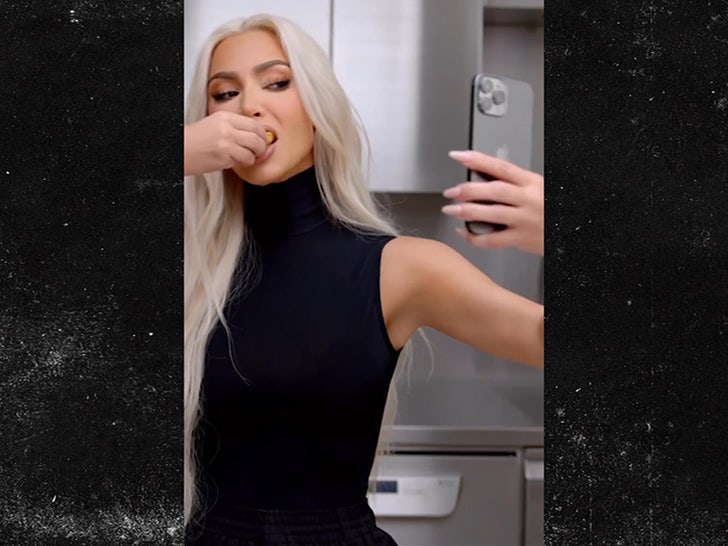 ICYMI, Kim K came under a lot of fire for an advertisement she recently did for the plant-based meat substitute. In it, Kim said she’d been named the company’s new taste consultant … yet people online noticed the ad never showed Kim actually taking a bite of any of the items she was holding.

Kim attempted to quiet all the trolls Tuesday, posting a ton of outtakes from the commercial where she bites into tenders, sausage and even a burger — though she ditched the top bun to cut carbs.

Kim didn’t caption the outtakes video, but it’s pretty clear that her intention of putting it up was to prove she does eat the product.