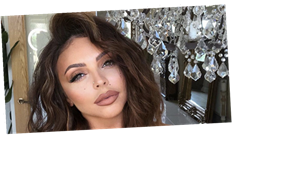 Little Mix fans have continued to express their concern for Jesy Nelson after the pop star cancelled work commitments over the weekend due to illness.

Jesy was set to appear on the final episode of BBC’s Little Mix: The Search on Saturday night and as a host of the MTV European Music Awards on Sunday night.

The star’s mystery illness comes just days after fans worried that she was “over it” while filming a promotional video with her band mates for their new album Confetti, where she looked tired and unenthusiastic.

One fan wrote: “I'm worried about Jesy's health… We love you babe and we miss you so much! We want to see you smile again.”

Another tweeted: “Dear Jesy, we don't know how it happened, but I hope you are fine. Your sisters won 2 awards last night. I hope that will make you very, very happy. I am worrying about you, I hope you will get back to us as soon as possible.We love you so much.”

A third commented: “Has anyone heard any news on Jesy? I hope she’s ok.”

Some fans even speculated that Jesy could leave Little Mix, in the same way Geri Horner left the Spice Girls back in 1998 when fans were told she was ill.

One concerned fan tweeted: “I still have the feeling of dread that Jesy is about to Geri Halliwell her derrière out the group. Don’t know why I feel this, I just do.”

Another wrote: “In the year 2020 I do NOT need rumors swirling about Jesy Nelson leaving Little Mix.”

And another commented: “I really think she’s leaving Little Mix after search Jesy on twitter.”

On Saturday, Little Mix released a statement explaining that Jesy, 29, was cancelling her commitments for the weekend.

It read: “Jesy is unwell and will not be appearing on tonight’s final of Little Mix: The Search.

“She will also not be hosting or performing at tomorrow’s MTV EMA’s.”

Little Mix stars Perrie Edwards, 27, Jade Thirlwall, 27, and Leigh-Anne Pinnock, 29, went on to host the EMAs and performed as a three-piece on the night.

They later tweeted: “Tonight was the best. Thank you for letting us host @mtvema, we had a BLAST!! We missed you Jesy. Now… let’s all go stream #CONFETTI.”

During the ceremony, the girls also gave a shout out to their unwell band mate when picking up gongs for Best Pop and Best UK & Ireland Act.

Leigh-Anne Pinnock said: "Oh my gosh, this is amazing.

"We just so wish our girl Jesy was here to receive this with us. She would be so happy.

"Thank you so much to our fans. You guys are just the best, you're like our best friends. You have our backs, you're just incredible."