Miles Teller was reportedly assaulted during his attention-grabbing vacation in Hawaii this week, according to media reports.

Law enforcement sources from the island of Maui spoke to TMZ about the apparent incident, reporting that the 34-year-old actor was involved in some kind of altercation at the Monkeypod Kitchen restaurant on Wednesday night.

According to the police sources, the actor and his wife Keleigh Sperry (pictured with Teller, above) were there eating dinner when he excused himself to go to the bathroom. Once there, a man allegedly confronted him and punched him in the face.

The duo then “got into it” outside the bathroom, causing some kind of scuffle inside the restaurant. The whole thing ended as Miles reportedly screamed at the man that he was going to press charges. From there, the embattled War Dogs star and his wife left the restaurant. According to the media outlet, Teller “did not appear to be seriously injured.”

Well that’s a relief, at least. And for what it’s worth, Maui police have confirmed the incident, reporting it went down around 7:30 p.m. local time on Wednesday night. They are currently investigating as they determine whether to press charges, and to what degree. Apparently though, the alleged bathroom attack isn’t quite as random as it seemed at the outset — as if it were some man punching the actor out of nowhere. Per TMZ‘s sources, the man who allegedly assaulted Miles is apparently a wedding planner who has a long-simmering beef with the celeb.

As the report goes, the event planner has been claiming that Miles still owes him $60,000 for “services he performed for Miles’ wedding,” which took place on the very same island of Maui back in 2019. Eyewitnesses in the restaurant at the time of the alleged altercation claim the man had reportedly been “complaining to Miles that he had not gotten paid.”

This has been quite the vacation for Teller and Sperry! As we previously reported, the duo has been hanging out very publicly with Aaron Rodgers and Shailene Woodley. And now this! Jeez!

To be honest, we’re not really sure what to make of this whole thing. One thing is for certain: punching a dude in the bathroom of a public place probably isn’t the best way to go about it. If the actor really owes you that much money and hasn’t paid for two years, dude, file a civil lawsuit or something!

The potential of having to deal with a criminal assault charge sure won’t help get that $60,000 back any faster! 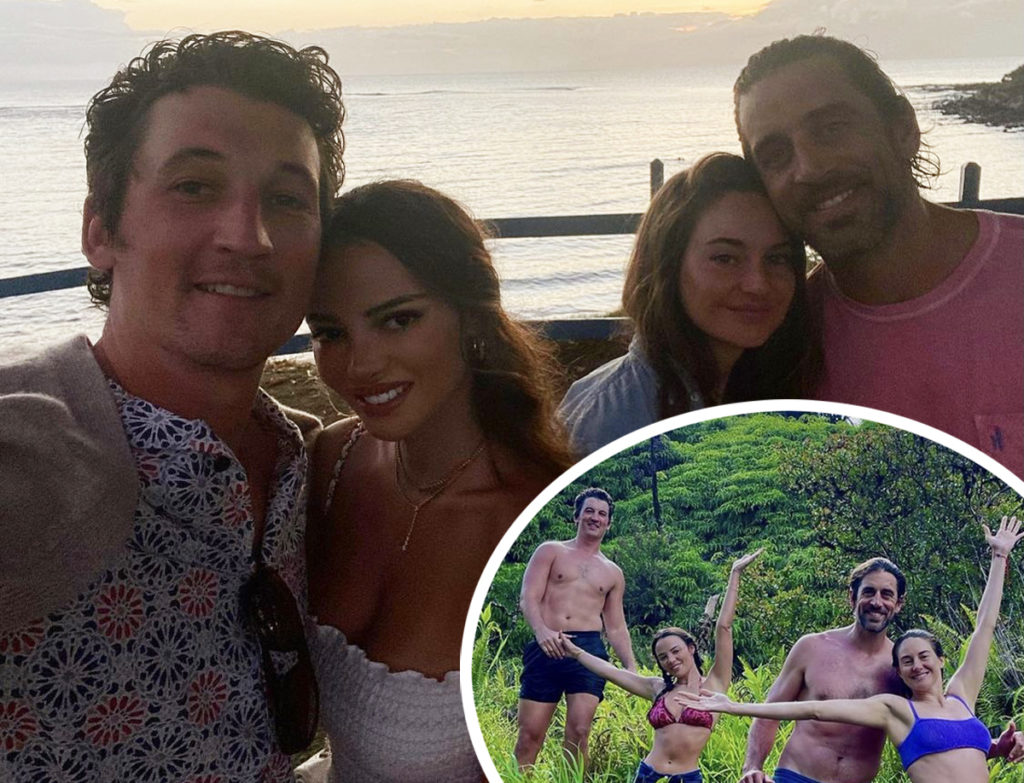