Natalie Wood was the proud mother of two biological kids and a proud stepmother to her husband’s daughter. Find out more about the late actress’ children here.

Natalie Wood was a beloved Hollywood actress who shockingly perished while on a boating trip to Santa Catalina Island off the coast of Southern California with husband Robert Wagner. Natalie, whose body was discovered in the water on Nov. 29, 1981, was 43 years old at the time of her death, and she was a beautiful talent who went down in history as Hollywood royalty.

The late actress’ life story is bubbling to the surface yet again now that her sister, Lana Wood, is revisiting the tragic death with the book Little Sister: My Investigation into the Mysterious Death of Natalie Wood set for release n Nov. 9. In the investigative memoir, Lana alleges Natalie’s husband Robert was responsible for her untimely death. “I don’t believe it was premeditated,” the 75-year-old said to The New York Post. “But that doesn’t mean I don’t think he did it: Of course he did!” she also said.

Despite the mystery surrounding the West Side Story star’s death, her daughters, Natasha Gregson Wagner and Courtney Wagner continue to stand by their father as incapable of committing the alleged crime. Find out more below about Natalie’s two biological children plus her stepdaughter, Katie Wagner. 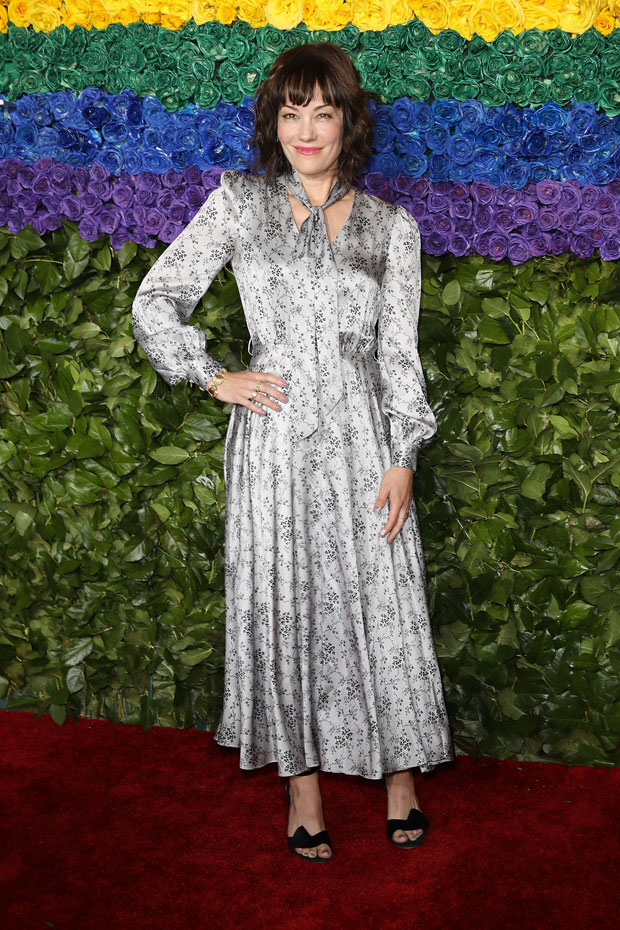 Natasha is Natalie’s daughter she shared with producer Richard Gregson, whom she married in 1969. Natasha was born Sept. 29, 1970 and she promptly followed in her mother’s footsteps as an actress. The Los Angeles native dropped out of college in the early ’90s to pursue an acting career, appearing in Fathers & Sons, Dark Horse, Buffy The Vampire Slayer, and others. After her mother died, Natasha was raised by Robert and his now-wife Jill St. John. The actress opened up to PEOPLE magazine in 2016 about her mother’s death, sharing how it was the “defining moment” of her life. “No other event would ever again so sharply etch its mark upon my soul, or so completely color the way I navigate the world, or leave my heart quite as broken,” she told the outlet.

Natalie also spoke EXCLUSIVELY with HollywoodLife after the HBO documentary Natalie Wood: What Remains Behind aired last year, talking about how “outlandish” the idea was about her father killing her mother during that fateful night.

“[H]e was upset about it, because of my sister [Courtney] and myself, for us. But it wasn’t something that dogged him and I think he said it exactly right, because it didn’t define him,” the mother-of-one told HL. “He knows who he is. He knows the marriage they had. So, it’s like if you have brown hair and someone keeps telling you, ‘Your hair’s blonde.’ You’re like, ‘I’m not crazy. I know I have brown hair. You’re the crazy one thinking that it’s blonde.’ He’s clear on who he is and I’m clear on who he is, which is why those stories haven’t really dogged me either.” 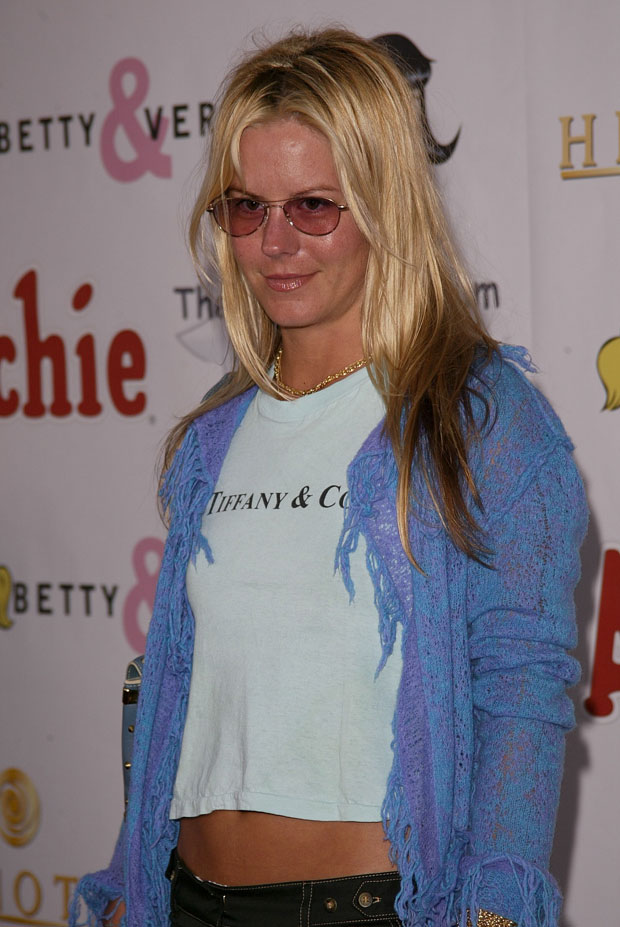 Courtney was born March 9, 1974 and is the second child Natalie and Robert shared during their second marriage. Courtney is a jewelry designer, and has had many famous clients, like Ozzy Osbourne and Cameron Diaz. Although Courtney likes to stay out of the spotlight, she did break her silence on her mother’s death in a 2015 interview with Radar Online, speaking on how happy she was social media “wasn’t around” when word of her mother’s death and the ensuing scandal began to make waves. “I’m so glad that wasn’t around when we went through that as a family,” Courtney told the publication. “After it happened, we moved out of the country for a while.”

Courtney has always stood by her dad against his alleged involvement with her mother’s death, slamming rumors of speculation on the matter. “Having gone through something like that together I always felt especially bonded to my dad and Katie and Natasha. It made me feel especially angry for all the terrible things said about my father,” she told PEOPLE on April 30, 2020. “I was furious at the accusations being said about him, it felt incredibly disrespectful especially knowing the source of where these accusations came from. It was so transparent that certain people exploited my family like this and it makes me very protective of my father. I love him so deeply so and it has gone on for so long that I still can’t believe they actually write such untrue things.”

In addition to dealing with scandals that rocked her family, Courtney has dealt with her own issues in its wake, arrested in 2012 after police were called to her home after a woman’s screams and a gunshot were heard, TMZ reported. Upon arrival, the authorities found her to be in “possession of cocaine and heroin” and she was arrested for suspicion of felony drug possession, according to the outlet.

Despite these issues, Courtney was able to find sobriety. “Courtney is somebody who lives in the truth and her recovery demands that of her,” her sister Natasha stated in her book, per PEOPLE. “She is not ashamed of her struggles. She has gotten to a place where she has compassion for herself and forgiveness.” 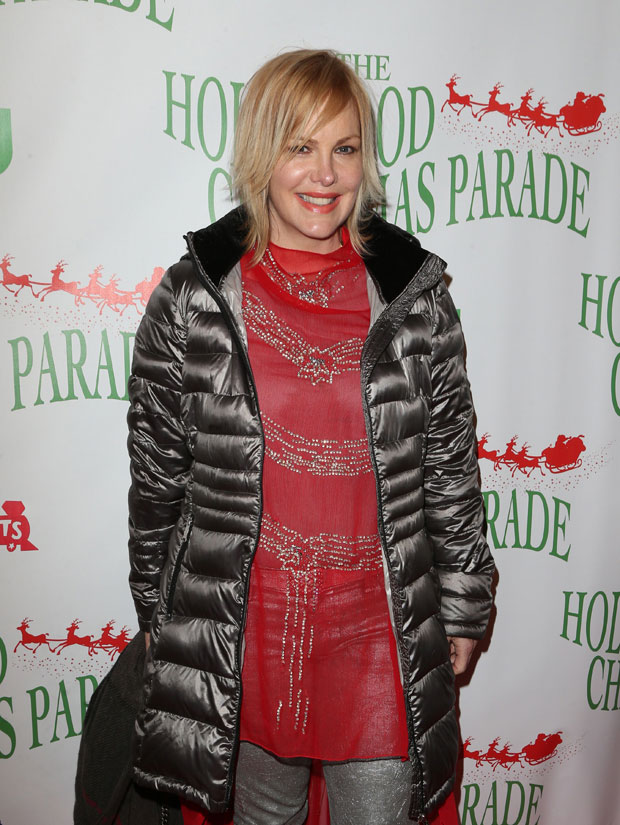 Katie was born in Los Angeles on May 11, 1964 and is Robert Wagner’s first biological daughter he shares with Marion Marshall. Natalie was a proud stepmother to Katie during her second marriage to Robert. According to her IMDB bio, Katie was named after the actress Katharine Hepburn. The name choice was fitting as Katie followed in her father’s footsteps by entering the entertainment business, first appearing alongside her dad in the TV show Born Famous in 1987. She went on to have a few minor roles in various TV shows and side projects, last appearing in a 2012 documentary Sunset Strip about the famed Los Angeles street. Katie married Leif Lewis in 2007 and the couple has a son Riley together.

“[Natalie’s] marriage [to Robert] was considered to be one of the best in Hollywood, and there is no question that she was a devoted, loving—even adoring—mother and stepmother,” Natalie’s sister Lana said of that time in Natalie’s life, speaking to her strengths as a stepmom to Katie.

“Our bond is stronger than any kind of glue,” Katie stated in the HBO documentary. “They were just eleven and seven when Natalie died. I stood by my dad’s side and we loved them as best we could.”