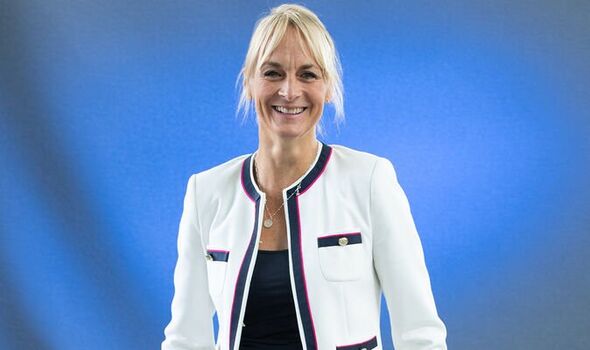 Obsessed Carl Davies bombarded Mia, 19, and Louise, 53, with a stream of vile and violent threats on Instagram.

The former paratrooper, 44, turned on the former BBC Breakfast host and her daughter after a fiveyear harassment campaign against Girls Aloud star Nicola Roberts, 36.

He was jailed for two years and eight months for stalking Louise and Mia last December. But the presenter and her family are still living with the devastating impact.

Over three days in July 2020, Davies told Louise he knew where she lived and what cars were on her drive. Describing the ordeal for ITV’s Tonight programme,

Mia added: “I was terrified. My heart was beating really fast. I didn’t sleep all night. The entirety of the next day I was in floods of tears.”

She added: “When I’m walking I’m very conscious of who is behind me.”

What is happening where you live? Find out by adding your postcode or visit InYourArea

In the interview Louise Minchin: The Truth About Stalking, the TV star said: “To say I was frightened doesn’t touch the surface.

“You don’t know if that person standing next to you is them. You’re on this high state of alert all the time.

“It was clear this person knew where we lived and had stood outside our door.”

Davies, of Flint, North Wales, initially denied two counts of stalking meaning Louise and Mia would have gone through a trial. But he switched his plea to guilty.

Previously he had been given a suspended sentence for stalking singer Nicola.