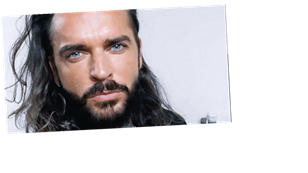 Pete Wicks has confessed he "massively regrets" starring in The Only Way Is Essex and has slammed his co-stars for "not being themselves" before calling some of them "d**kheads".

The 32 year old, who has been on the reality TV series since 2015, made the shock comments in an interview on Megan Barton-Hanson's new podcast, You Come First.

Opening up about his time in the spotlight, he explained to the 26 year old: "I semi regret doing reality TV – massively, yeah.

"I can't go back now. It has been so long now that I will always be, 'weren't you that homeless looking bloke that was on TOWIE?'"

While he clearly has negative feelings towards his time in the industry, the star also admitted that a great deal of opportunity has come from his time on screen.

The key point that truly bothers him is that he doesn't feel as though he has a job. He explained: "I struggle with the fact that I don't really feel like I have a job.

"If I go on holiday or something and I like speaking to people, so I will start speaking to a f***ing random American and they ask 'what do you do?'

The reality star, who was recently credited for helping Sam Thompson get through "the hardest times" after his split from Zara McDermott, continued by slamming his TOWIE co-stars.

He said: "The amount of people that I work with – naming no names – that you think, 'If I had to sit and have a beer with you, I would rather punch myself in the face repeatedly' but then people see them on TV and think, 'They must be wonderful!' No they're not, they're a d**khead.

"The whole point of reality TV is that it's supposed to be 'reality' but it f**king isn't. It's really not – I'm probably going to get into lots of trouble for saying that. People aren't being themselves and there's nothing real about that."

TOWIE stars: Past and present

Pete added that people on TV are not actually the way they seem in person as he said: "There are so many reality shows. Every f**ker is on TV, there's competition for jobs and people trying to f**k each other over and whatever else and it has become – it just has a bit of a negative tongue to it I think.

"There are so many people on TV that want to be on TV rather than happen to be on TV because they've got a personality, now people are making up personalities for TV and actually that's nothing f**king like what they're like in real life."