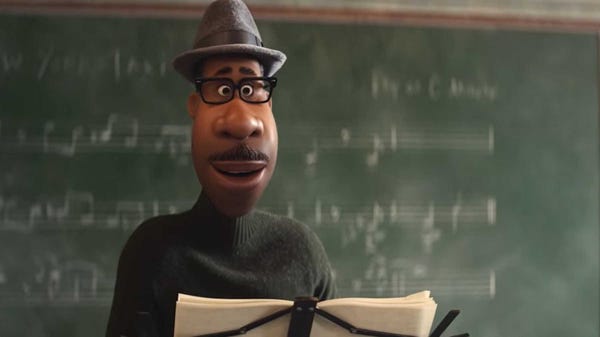 Pixar's next movie, "Soul," will no longer head to theaters November 20.

The Walt Disney Company announced Thursday it will debut exclusively on Disney Plus on December 25. It will be available at no extra cost to subscribers.

"We are thrilled to share Pixar's spectacular and moving 'Soul' with audiences direct to Disney+ in December," said Disney CEO Bob Chapek in a press release. "A new original Pixar film is always a special occasion, and this truly heartwarming and humorous story about human connection and finding one's place in the world will be a treat for families to enjoy together this holiday season."

The film, from co-directors Pete Docter ("Inside Out") and Kemp Powers ("One Night in Miami"), follows a middle school band teacher Joe Gardner (Jamie Foxx) who aspires to be a jazz pianist.

"The world can be an exhausting and frustrating place – but it's also full of unexpected joys, even in seemingly mundane things," said Docter. "'Soul' investigates what's really important in our lives, a question we're all asking these days. I hope it will bring some humor and fun to people at a time when everyone can surely use that."

The decision to move "Soul" to streaming was made in the past week. Just last Thursday a Disney representative told Insider the film was still set for its theatrical release.

The move comes the same day the Regal theater chain closed all 536 of its theaters nationwide for the rest of the year.

According to the release, the film will be released theatrically in international markets where Disney Plus isn't currently or soon to be available. Release dates will be announced at a later time.

"Soul" is the latest film to move to Disney Plus.

Disney previously decided to forgo its theatrical release for the live-action adaptation of "Mulan" after it was pushed back several times. The film was released as a premium option on its streaming service and is currently available for release through digital retailers.

More recently, the company's next Marvel movie, "Black Widow," was delayed once again from November 6 to May 7, 2021.

Related News:
Latest News:
First Look Trailer at ‘Nancy Drew’ Season 2 Is Here – Watch Now!
A COVID Testing Site Almost Shut Down For Addison Rae’s New Movie & People Were Pissed
Slack Acquired by Salesforce in One of the Biggest Software Deals in History
Malik Beasley's Wife 'Blindsided' By Photo of NBA Star with Larsa Pippen
Recent Posts
This website uses cookies to improve your user experience and to provide you with advertisements that are relevant to your interests. By continuing to browse the site you are agreeing to our use of cookies.Ok