Prince Harry and Meghan Markle had noble intentions when they first launched Archewell in October 2020. The couple declared that the organization was a non-profit that aimed to “uplift and unite communities—local and global, online and offline—one act of compassion at a time.” They quickly struck some impressive deals with Netflix and Spotify, but the general lack of content eventually came under scrutiny. Journalist Jack Shafer noted per Express that the couple was feeling the pressure to release new content “before their novelty wears off.”

However, the Archewell Foundation has struggled to “get off the ground because of the pandemic,” per Express. The coronavirus wreaked havoc in the entertainment industry last year with the nationwide shutdown, per Bloomberg. Now that productions are slowly starting again, Archewell may start to pick up the pace — but things are never that straightforward for the royals, and it seems as if Harry and Meghan are facing a new challenge. The Archewell Foundation has come up against another hurdle as it’s barely begun. Let’s dive into the latest roadblock the Duke and Duchess of Sussex are facing as they try to create a new life for themselves beyond the U.K. 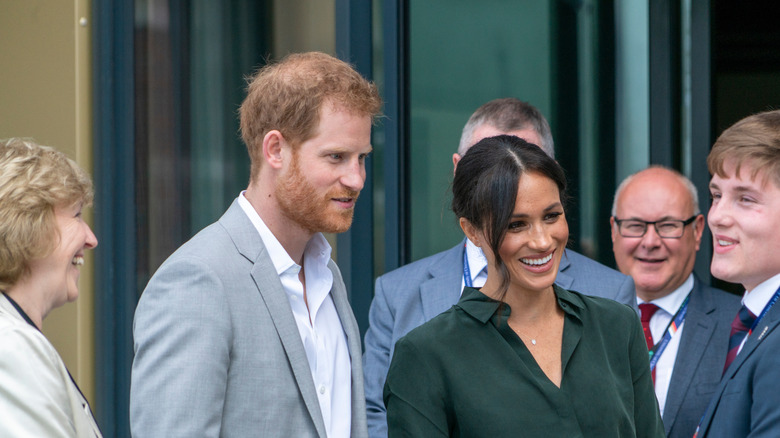 Prince Harry and Meghan Markle are now facing a new roadblock. According to the Daily Mail, the Duke and the Duchess of Sussex applied to be protected by company law in their Archewell Foundation and Archewell Audio organizations. They sent the necessary paperwork to the US Patent and Trademark Office and applied to have sole use of the terms.

However, their bid to trademark the terms failed. The outlet reports that their application for Archewell Audio still needs clarification that the services offered by the setup were “entertainment-based.” In addition, the application should “specify the nature of the ‘live stage performances.'” The US Patent and Trademark Office issued their reply on June 25 and has given Harry and Meghan enough time to respond. Reportedly, they have six months to amend the application and respond, or else it would be thrown out.

Harry and Meghan have so much going on in their lives right now, especially after the birth of their daughter Lilibet Diana. Will they be able to salvage the trademark application and set up Archewell the way that they want to? Only time will tell.