Robbie Williams does interview completely starkers because why not? 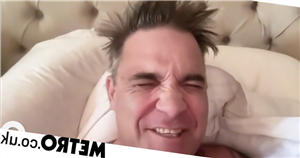 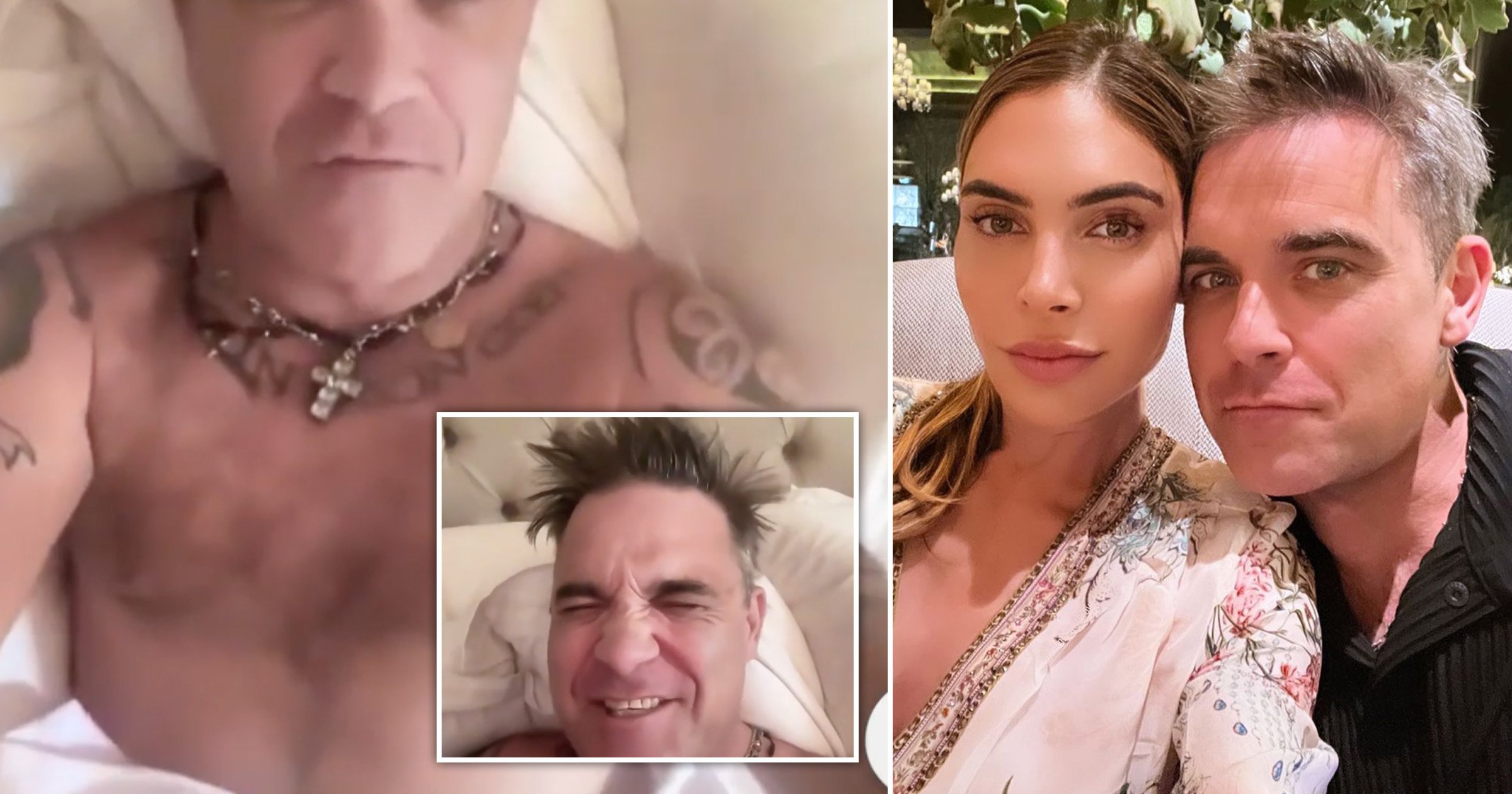 Robbie Williams was perhaps a little too comfortable when he popped on a zoom for his latest interview, as the singer didn’t even bother putting clothes on.

The Angels crooner is currently busy promoting his new music after releasing the brand new single Lost, ahead of his album drop in September.

With it being his 13th solo album, Robbie knows a thing or two about album promotion and he’s taking it all in his stride – to the point where he’s not even getting out of bed for it, taking the concept of ‘working from home’ to new heights.

The former Take That star spoke to Heart Breakfast hosts Jamie Theakston and Zoe Hardman this week and it’s undoubtedly one of his most bizarre interviews to date.

Robbie, 48, appeared remotely while laying in bed topless but there was a lot more missing, if you know what we mean.

‘Um, are you naked?’ presenter Jamie asked, to which Robbie casually replied: ‘Yeah I’ll show you…

Naturally, Jamie and Zoe protested and Robbie luckily kept the covers firmly above ground, but did inform the hosts: ‘I’m completely naked yeah.’

‘I think that people need to be more authentic when they do interviews and be more relaxed,’ he quipped.

Naked antics aside, Robbie shared an insight into his marriage with actress Ayda, who he wed in 2010.

‘It is a laugh-a-minute, she is very funny, she is, her job was being a comedian, so she does make me laugh, I annoy her, she annoys me too, it’s just one of those relationships where we flip between you know, the two things of “you’re hilarious!” to “I want to kill you now!”,’ Robbie admitted.

Zoe then recalled the social media video where Ayda, 43, poured a glass of water over Robbie’s head while he was asleep, prompting him to admit: ‘That did annoy me, it was actually one of those things where I thought, I am, this is unforgivable, I’m never going to be able to get over this, and then within a minute of waking up I was like, actually that was funny, well done.’

Robbie recently opened up about his hair loss journey and said he’s now embracing it after being refused another hair transplant.