Sam Asghari Supports Britney Spears Ahead of Her Court Hearing

Sam Asghari is showing his support for Britney Spears.

Ahead of Britney’s latest hearing for her ongoing conservatorship battle on Wednesday, Sam took to Instagram Stories to share a photo of himself rocking a T-shirt with the words “Free Britney” painted in pink-and-purple writing. The shirt is in support of the #FreeBritney movement, a hashtag that was created by fans and is used by those who claim that Britney is being held against her will, and is trying to call for help through her social media posts.

Sam also added a lion emoji at the top of his post. Fans of the couple know that the fitness guru often refers to Britney as his “lioness.” 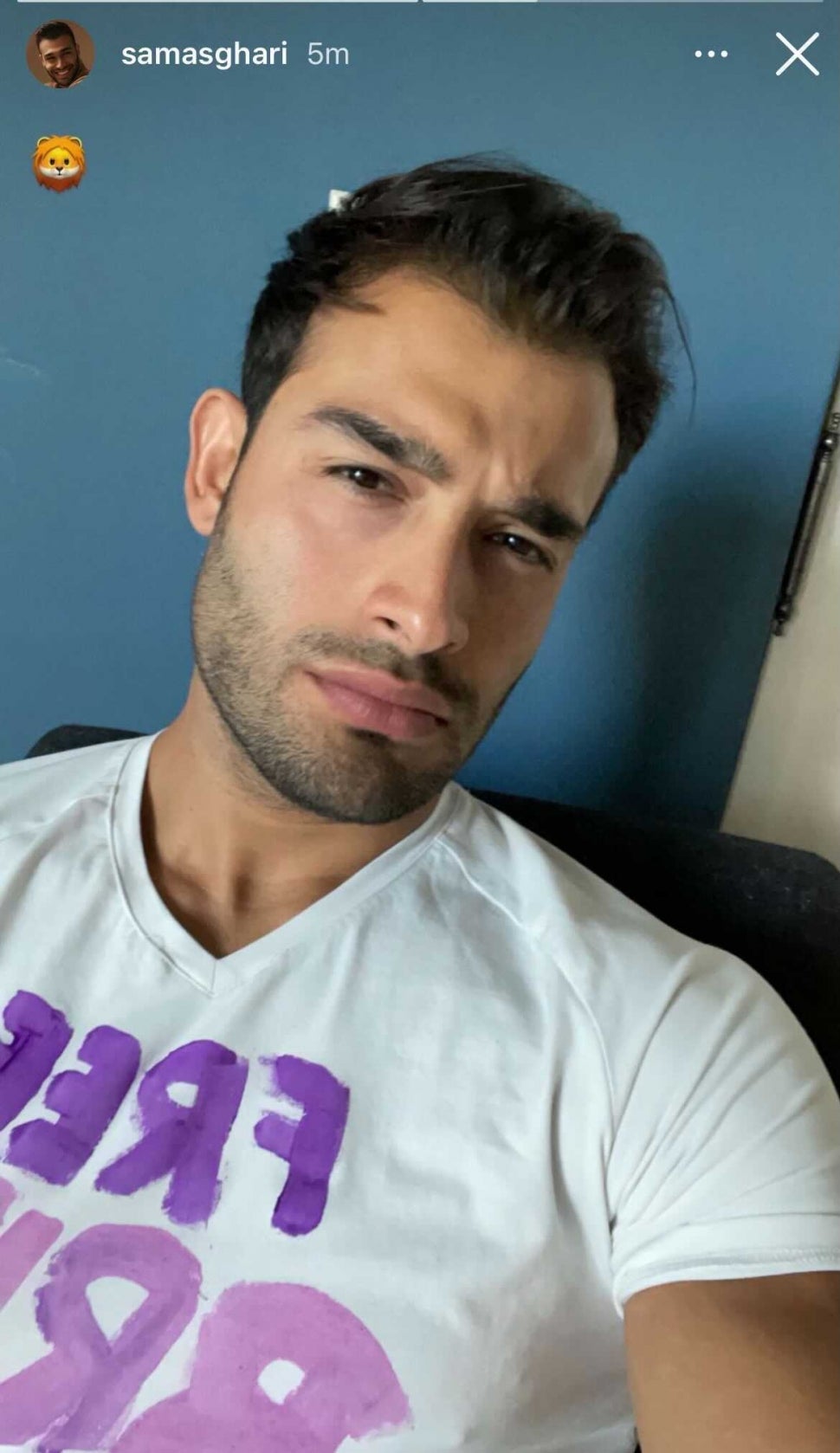 The post comes just hours before Britney is expected to address the Los Angeles court directly on Wednesday. ET confirmed earlier this month that due to COVID-19 protocols, the singer would appear remotely, not in person, for the hearing. This will mark the first time in years that Britney will speak in court about the conservatorship, which she’s been in for 13 years.

Earlier this week, The New York Times reported that they obtained confidential court records that revealed Britney has quietly been pushing for years to end her conservatorship. According to the outlet, Britney expressed “serious opposition to the conservatorship earlier and more often than had previously been known” in the court records, and claimed that it restricted everything from “whom she dated to the color of her kitchen cabinets.”

“She articulated she feels the conservatorship has become an oppressive and controlling tool against her,” a court investigator wrote in a 2016 report, per the NYT, adding that Britney informed them that she wanted the conservatorship terminated as soon as possible. “She is ‘sick of being taken advantage of’ and she said she is the one working and earning her money but everyone around her is on her payroll.”

Back in February, Sam slammed Britney’s father, Jamie Spears, in a post shared to Instagram Stories. Jamie has been part of Britney’s conservatorship since the beginning. The singer has been fighting for awhile now to get him removed.

“Now it’s important for people to understand that I have zero respect for someone trying to control our relationship and constantly throwing obstacles in our way,” Sam, who’s originally from Tehran, Iran, wrote. “In my opinion Jamie is a total d**k. I won’t be going into detail because I’ve always respected our privacy but at the same time I didn’t come to this country to not be able to express my opinion and freedom.”

Additionally, a source told ET at the time that Sam wants Britney to “finally be free of the conservatorship,” adding that he’s “one of the few people who doesn’t need a chaperone to be around her.”

Hear more in the video below.