Sunday Brunch star Simon Rimmer, 57, and Tim Lovejoy, 52, showed off their signature banter on the Channel 4 show last weekend when they got into a funny debate about their choice of possessions at home. Tim started the “argument” when he had a cheeky laugh at the chef’s expense over his teapot collection.

He quizzed his co-host: “What should I do as a hobby? What do you do, are you still collecting teapots?”

After giggling about his pal’s hobby, he quipped: “Sorry, I didn’t mean to laugh.”

Tim sarcastically added: “It’s the perfect time isn’t it in lockdown when you’ve got your collection of teapots to go, ‘I know what I’ll do, I’ll get my teapots out and look at them’?”

Shooting a wry smile at the camera, Simon humorously hit back: “We’re all doing that aren’t we, teapot collectors of the world? That’s what we do isn’t it? While Tim’s spouting off.” 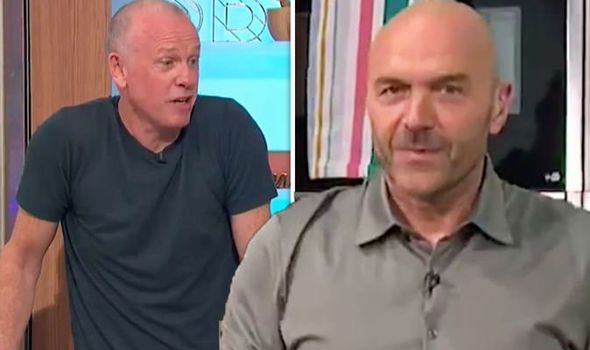 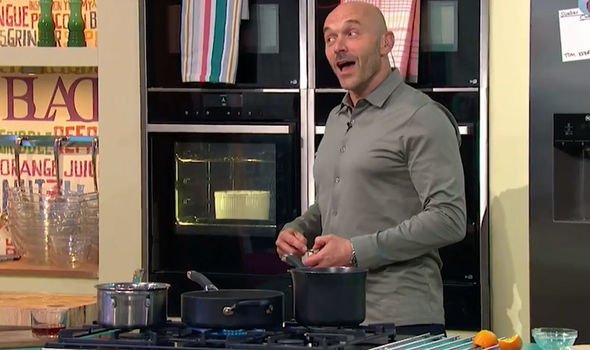 However, Tim didn’t stop there, as he suggested Simon should “get rid of” his prized possessions.

He remarked: “It’s a good time to get your teapots on eBay and get rid of them.”

“I don’t want to because I like them!” Simon exclaimed.

Tim questioned in response: “When was the last time you got them out to look at them?” 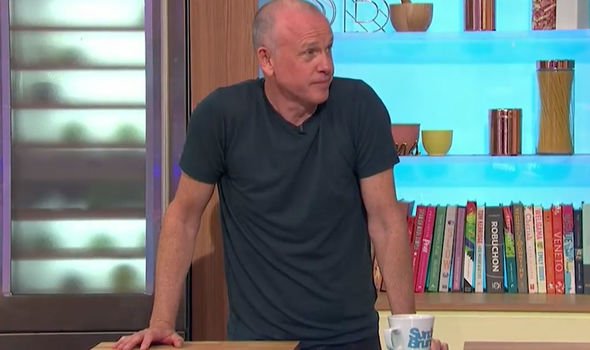 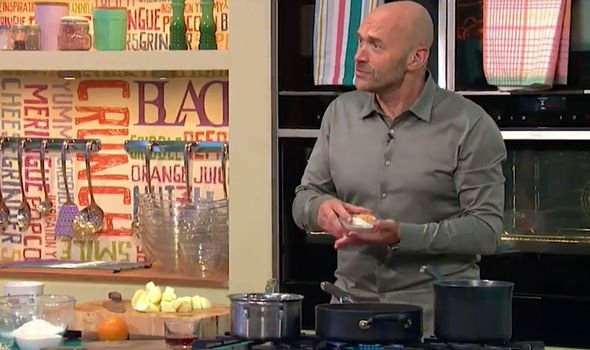 Not satisfied with his answer, Tim said: “No come on, when was the last time? What’s the point?

“I think you’ve reached the age where you can get rid of stuff rather than collecting.”

Although Simon explained he collects the teapots because of their “Art Deco” designs, Tim wondered: “But what does it matter?”

Simon then admitted: “Well that’s a very philosophical question, Tim, at 12.17 on a Sunday morning. Timothy, where do we begin with that one?”

Tim went on to share his confusion about Simon’s love of teapots, replying: “To this day I still can’t get my head around doing something like that. I would just be looking at them all the time thinking, what was the point? Get rid of them!”

Simon then argued back and pointed out that Tim “collects a bit of art” for his house and owns Chelsea F.C. “paraphernalia”.

The star cheekily asked: “What’s that team you like? Chelsea paraphernalia… Not in your house, but you’ve got some.”

Defending his possessions related to the football team, he said: “I’ve got the ribbons from winning the title, that’s all.”

Simon then smiled and wondered: “What about your 70s jackets?”

Tim hit back: “They’re not from the 70s they’re from the 90s and the noughties and my daughters wear them now, so it was clever, there was a purpose to it. You can knock me as much as you like but I’m winning this argument!”

Tim went on to admit their friendly banter about the teapots proves that the coronavirus lockdown is “getting to them”.

While raising his fists towards Simon and pretending to start a physical fight, the presenter laughed and told Sunday Brunch viewers: “Lockdown is really getting to us!”

Sunday Brunch airs today at 9.30am on Channel 4.