Strictly Come Dancing star Janette Manrara, 38, swung out a leg while dancing with her co-star husband Aljaz Skorjanec, 32, and ended up colliding with a dog’s head, much to her regret. The pair had been so engrossed in their dance performance on BBC One’s Morning Live that they failed to support an enthusiastic canine approaching – until it was too late.

Janette expressed her relief on hearing that Dolly, who was brought to the studio by his TV vet owner Dr James Greenwood, was recovering well after her terrifying mishap.

She posted a photo captioned with her “sincere apologies to Dolly” on an Instagram Stories slide, after the pup had been a little too enthusiastic about joining in with their moves.

“She stepped into Aljaž and I doing our little lift at the end of the show,” she explained.

“Her excitement to join in was high! She is completely okay and we cuddled and kissed and made up.” 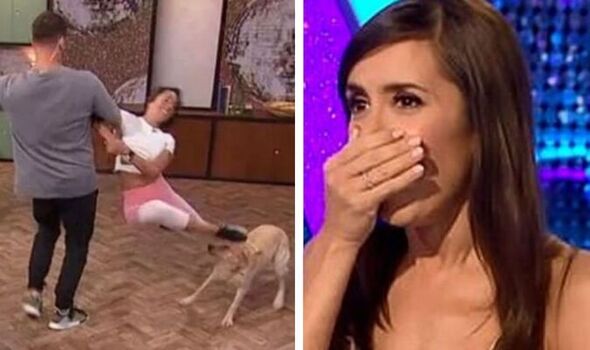 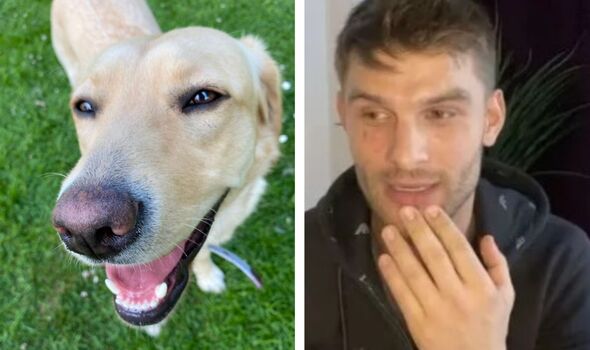 She reiterated the same message on Twitter when Dr Greenwood made a social media update about his pet, reassuring her 195,200 followers: “We had cuddles and kisses straight after!

“I’m so happy she is okay. Sending more cuddles her way.”

Posting a heartwarming photo of Dolly appearing to be in high spirits, Dr Greenwood had also assured followers: “Just home from @BBCMorningLive – THANK YOU everyone for all your messages and concerns after Dollies eagerness to join in with #strictlyfitness this morning!”

He emphasised that he wanted “to reassure everyone that she is 100% fine, all is OK and she’s currently back to charging around the garden!” 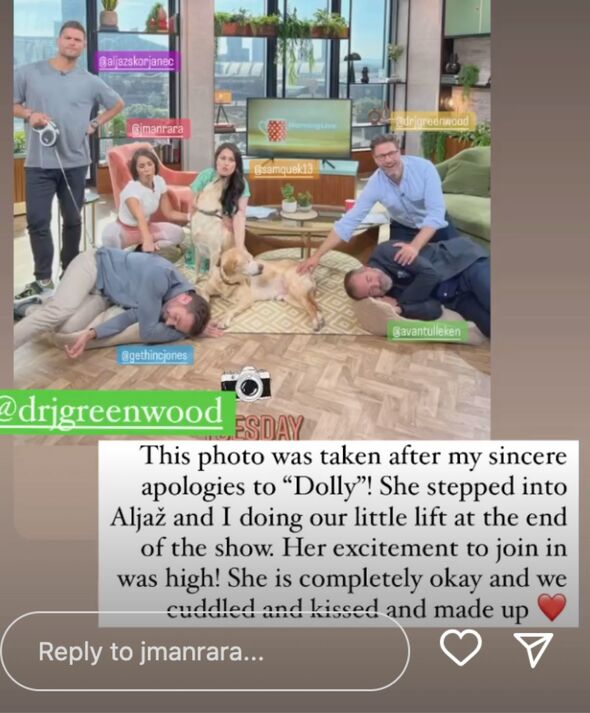 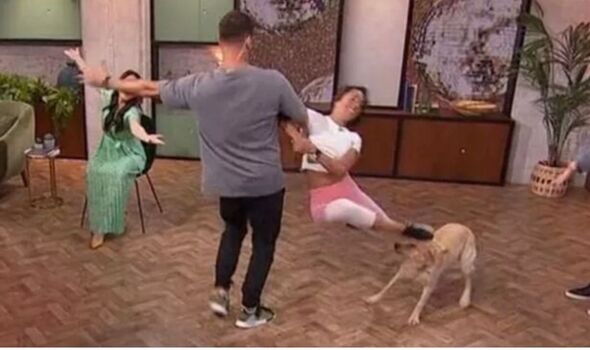 Dramatic scenes the day before had seen the camera hastily move away from the dancing couple but not before her foot had made contact with him and an unknown voice in the studio exclaimed: “Oh my God!”

@MollieMols2 wrote back to Janette quizzing: “How could you do that to that gorgeous dog?”

However they then clarified: “I’m only joking of course, I bet you felt terrible.”

Meanwhile @drjgreenwood wrote back to indicate that he had no hard feelings over the blow.

“We love you guys – she was obviously just too excited to see you both!!!” he exclaimed.

Janette’s reply about the dog’s welfare marked the first social media post she had published in almost two weeks.

Previously she had posted from the British Soap Awards 2022, highlighting the “fantastic night” she’d had, after presenting an award for ‘Best Dramatic Performance’.

The Strictly Come Dancing: It Takes Two host has also been occupied on holiday with her beau Aljaz in Tulum, Mexico recently.

The pair had been enjoying some much needed downtime by the pool, as well as visiting cenotes – one of the country’s most highly sought after tourist attractions.

Janette and Aljaz weren’t shy about sharing their holiday snaps in full view of their Instagram audiences either.

In one affectionate gesture that they posted online, 32-year-old Aljaz tenderly embraced his wife for the cameras.

They also dramatically clung to each other in a pool of crystal-clear water.

Unsurprisingly, Janette took to social media after their fairytale break was over to exclaim that she was “feeling the post-holiday blues”.