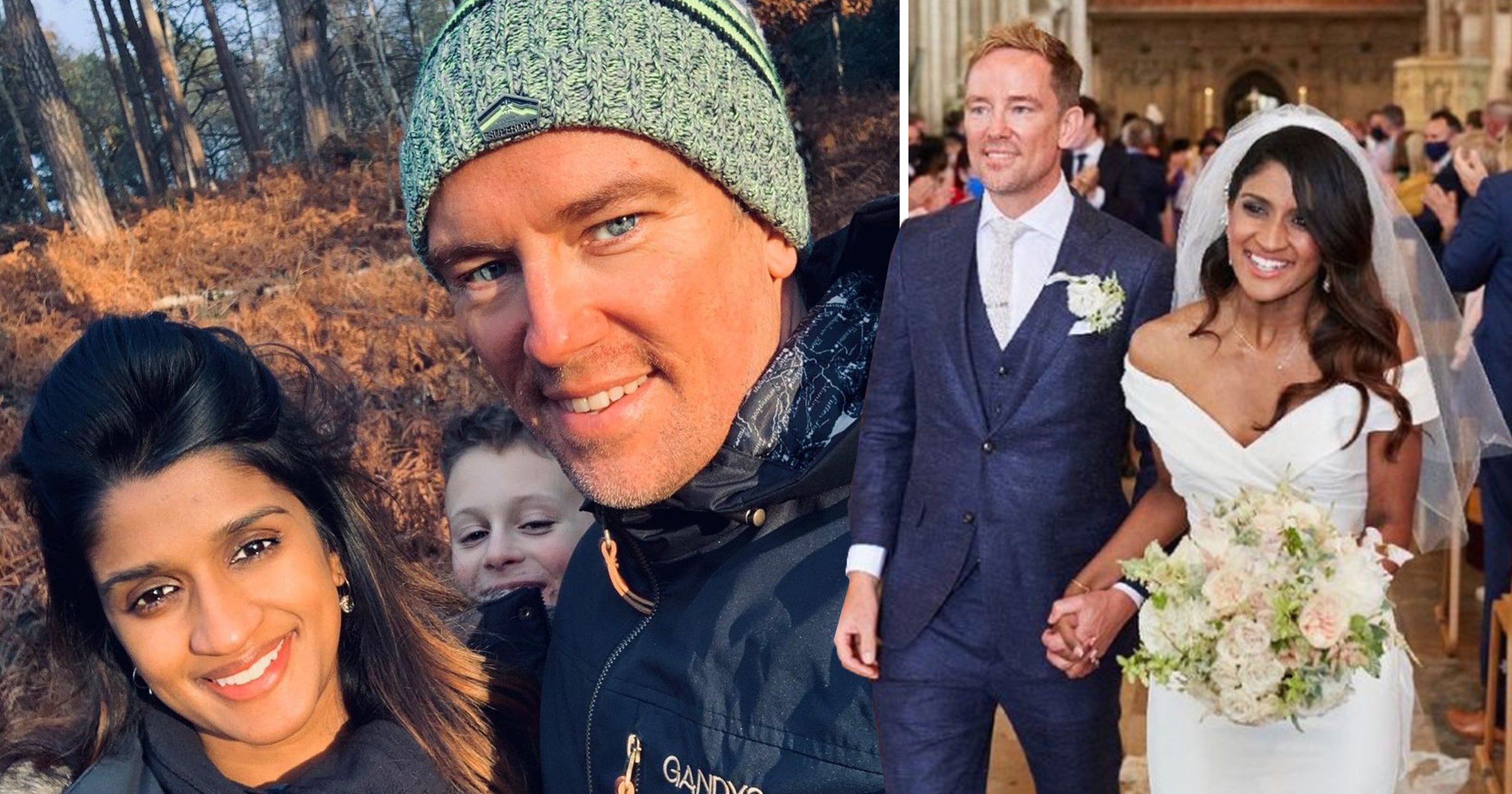 Former Sky Sports presenter Simon Thomas has revealed he chose to keep his engagement secret after being so open about his first wife’s death.

The TV star recently tied the knot with girlfriend Derrina Jebb after two years of dating. It came as a joyful surprise for Simon’s fans who had no idea he had popped the question.

However, the former Blue Peter presenter has since explained why he didn’t announce the news immediately.

In his latest Instagram post, Simon shared previously unseen photos from his proposal, which took place at the Lower Mill Estate in the Cotswolds, including one of him cuddling Derrina as she flashed her sparkling engagement ring, and a family photo of the couple with Simon’s son Ethan, who he shared with ex-wife Gemma.

The presenter wrote: ‘We didn’t share the news because having shared so much of my life over the past few years, this was something special that we wanted to keep to ourselves and those we love until we had got married.

‘To enjoy the joy of being engaged without everybody else knowing.’

Simon, 48, then explained how the couple originally planned to tie the knot on New Year’s Eve 2020 in the Cotswolds but were forced to cancel the wedding due to the Covid-19 pandemic.

He continued: ‘So we decided on July 3rd in Norfolk, my home county. But even with two weeks to go we had no idea whether there would be 30, 50 or more allowed to celebrate with us. The the [sic] joy of the build up to our day was largely drained away as the restrictions continued and the pain of uninviting guests continued.

‘But when the day at last came on Saturday, it was the most joy filled, love filled day we could ever have wished for. We laughed, we cried, we danced (outside) and most importantly we said – “I do”.’

The couple married at Norwich Cathedral with the bride wearing a stunning off-shoulder wedding gown, and the groom in a blue suit and white tie.

Simon added in his post: ‘And lastly thank you so much for all the touching messages you’ve sent @derrina and I – we are incredibly moved by the kindness so many have shown us. I am so very blessed to have met and married such an incredible woman. #lovewins.’

He had earlier revealed that his son Ethan, 11, was his best man and shared a sweet photo of the youngster giving his speech at the reception.

Simon’s first wife Gemma died suddenly in 2017 at the age of 40 just three weeks after being diagnosed with acute myeloid leukaemia, a rare and aggressive form of cancer. They had been married for 12 years.

He opened up about his grief in the book, Love, Interrupted: Navigating Grief One Day At A Time, and admitted to feeling guilty that he didn’t insist on Gemma seeking medical help sooner. Simon’s also spoken at length about her death in various interviews in the hopes of helping others going through the same ordeal.

The TV star began dating Derrina, 30, in 2019 and went public with their romance at the Cheltenham Festival in March that year.