Holding out? Stassi Schroeder and Kristen Doute haven’t personally spoken with former Vanderpump Rules costar Faith Stowers yet after she claimed they called the cops on her.

“Kristen and Stassi didn’t reach out to Faith directly,” a source tells Us Weekly exclusively. “But Jackie Schimmel, host of the ‘Bitch Bible’ podcast where Stassi first told the story, apologized privately.” During the Monday, June 8, episode of “Bitch Bible,” Schimmel confirmed that she reached out to Stowers privately four days earlier.

Stowers, 31, left the Bravo series in 2016 after appearing on its fourth season, and recently opened up about what it was like to be the only black cast member of the show. “It was a lot,” she admitted to Floribama Shore‘s Candace Rice during an Instagram Live on June 5, before recalling a particularly shocking experience with Schroeder, 31, and Doute, 37. 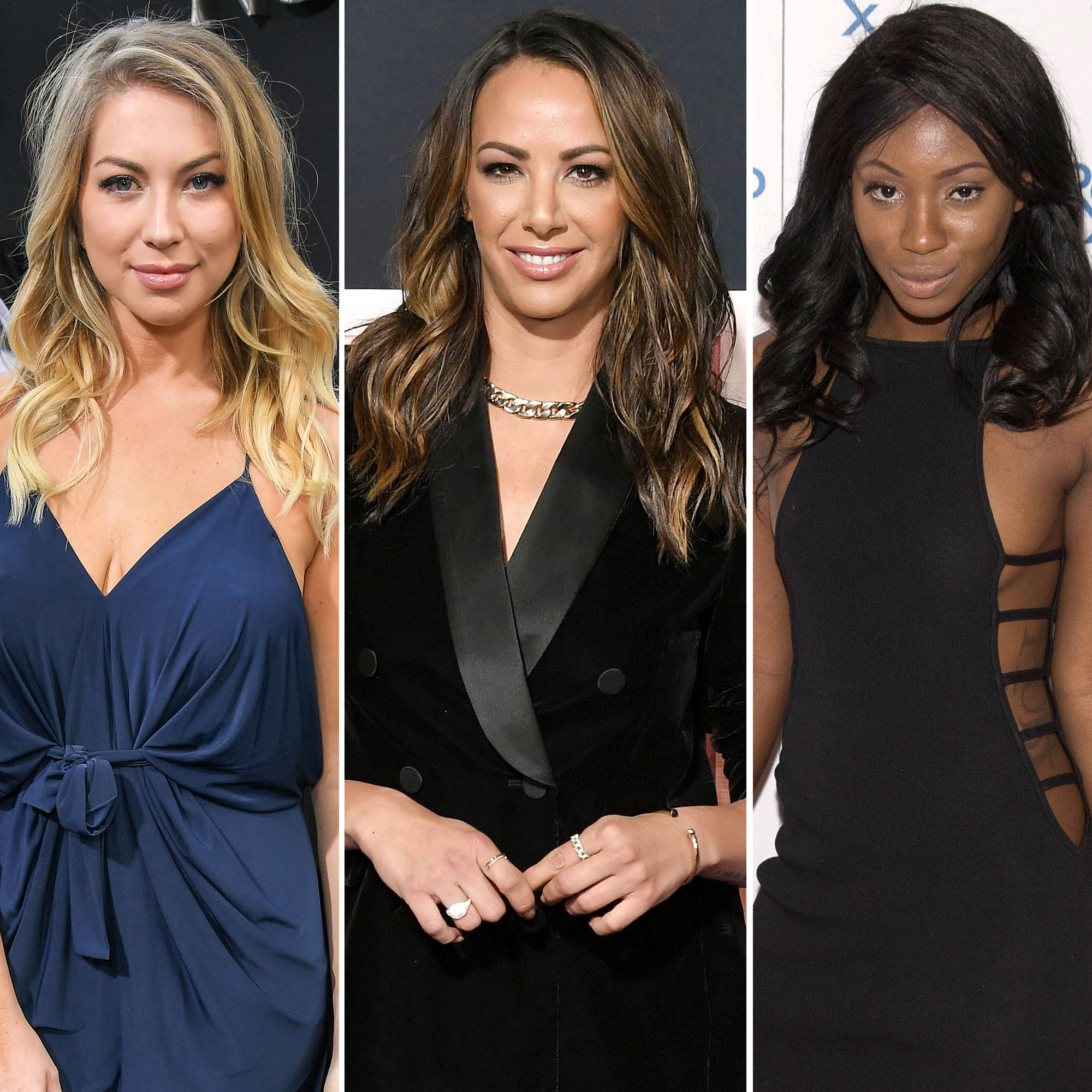 “There was this article on Daily Mail where there was an African American lady,” the former SUR employee explained. “They showcased her, and I guess this woman was robbing people. And they called the cops and said it was me. This is like, a true story. I heard this from actually Stassi during an interview. It was just funny, because they thought it was me because it was a black woman with a weave. So they just assumed it would be me, and they called the cops on me.”

Schroeder first recounted this story in a since-deleted episode of the “Bitch Bible” podcast in 2018. Shortly after Stowers’ allegations came to light, she lost endorsements and addressed her past mistakes in a candid Instagram post.

“It is important that I continue to take accountability for what I have said and done, while pushing myself to do better. I have grown significantly from the person I was then, and I am still filled with remorse and regret for the hurt I caused,” the Next Level Basic author wrote on Sunday, June 7. “I am grateful for the people in my life that continue to check me and push me to evolve into a more educated person.”

The “Straight Up With Stassi” host later admitted that there was “no excuse” for the way she and Doute treated Stowers. “I did not recognize then the serious ramifications that could have transpired because of my actions. What I did to Faith was wrong. I apologize and I do not expect forgiveness,” she wrote.

Doute, for her part, told her fans that she was “taking some time to really process what I’ve been seeing, feeling and learning” while Black Lives Matter protests continue to spark difficult conversations around the country.

“Although my actions were not racially driven, I am now completely aware of how my privilege blinded me from the reality of law enforcement’s treatment of the black community, and how dangerous my actions could have been to [Faith],” she wrote on Sunday, addressing her former costar’s accusations via Instagram. “It was never my intention to add to the injustice and imbalance. I’m ashamed, embarrassed, and incredibly sorry. I will do better. I have to do better.”

After reaching out for comment from Schroeder about not speaking to Faith before she posted her apology, Us learned that she was dropped by her PR company.

Related News:
Latest News:
Hailey Bieber Was Carrying Around a Tasty Treat in Her Bag in These Photos
Here’s How You Can Watch Every Episode Of America’s Next Top Model
Jonathan Bennett & Jaymes Vaughan’s Proposal Story Is So Romantic
Coleen Nolan admits fearing her ex Shane Richie would ‘lose his cool’ on I’m A Celebrity
Recent Posts
This website uses cookies to improve your user experience and to provide you with advertisements that are relevant to your interests. By continuing to browse the site you are agreeing to our use of cookies.Ok