Media companies are jumping into SPACs.

SPACs, or special-purpose acquisition companies, are shell companies created specifically to acquire firms and an increasingly popular way for companies including media and advertising ones to go public.

SPACs allow companies to avoid some of the scrutiny, time and cost of the traditional IPO process by merging with a shell company. For advertising and media companies, which are having a harder time getting funding, SPACs' appeal is that they allow companies to raise money for growth and acquisitions.

CuriosityStream focuses on factual content like documentaries and features, with more than 3,100 titles available, including 900 original titles. It reports 13 million paying subscribers buying monthly and yearly subscriptions that range from $3 a month to $70 a year, with 80% of new members choosing an annual plan.

Hendricks said that he started looking at SPACs early this year and was most interested in ones that had not raised a lot of money, to avoid selling early shares of the company at a low price. He settled on Software Acquisition Group, which has raised $150 million — half as much as firms like former Hearst executive Joanna Coles is looking to raise for her firm Northern Star Acquisition Corp.

"Now the space is so crowded, especially with new and emerging companies," he said. "But they need to have not only a track record of revenue but some good visibility."

SPACs involve smaller road shows than the traditional IPO process where companies make their pitch to investors. Hendricks said he did virtual roadshows over Zoom leading up to the merger.

Here are a few of the key slides that CuriousityStream used to pitch investors.

CuriosityStream's deck shows the crowded streaming TV space and where its content is focused. 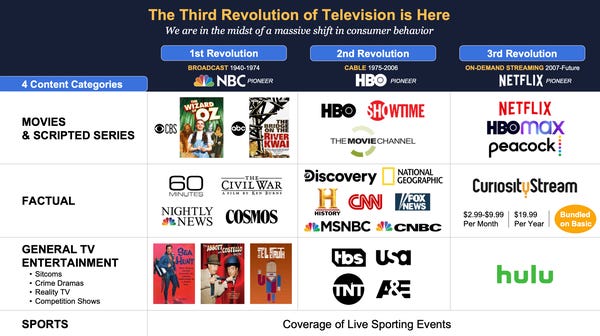 The company wants to avoid becoming too niche to avoid the fate of DramaFever and FilmStruck, which shut down. 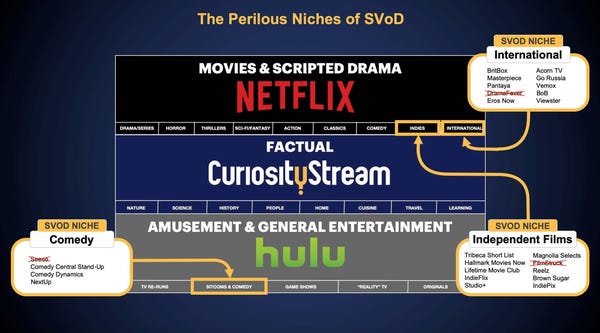 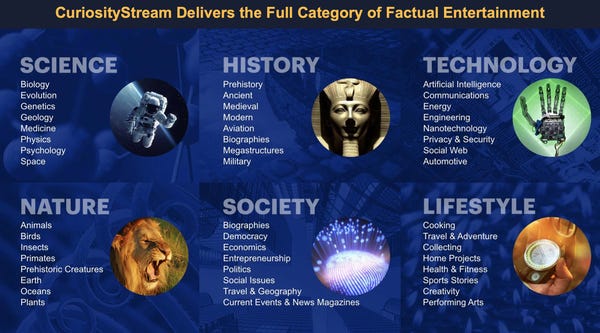 The company says that it has doubled revenue year over year for the past three years. 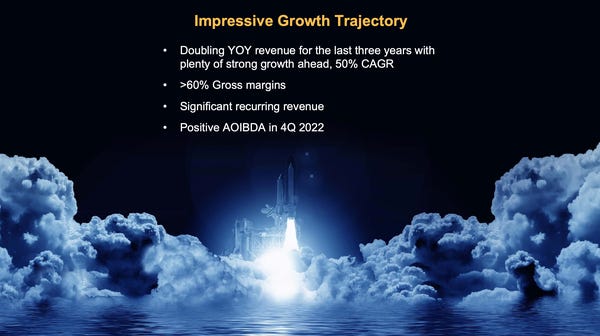 CuriosityStream distributes its content across cable and digital video platforms. 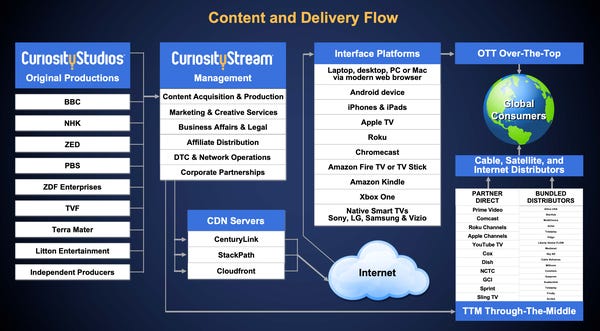 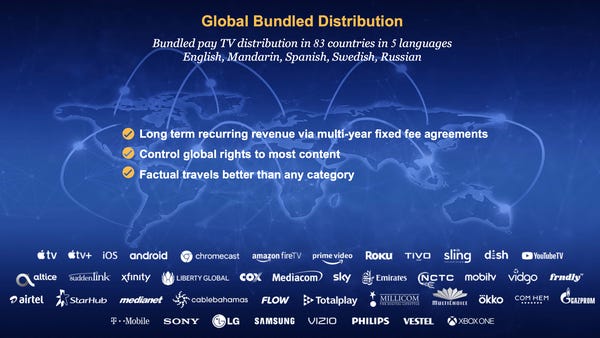 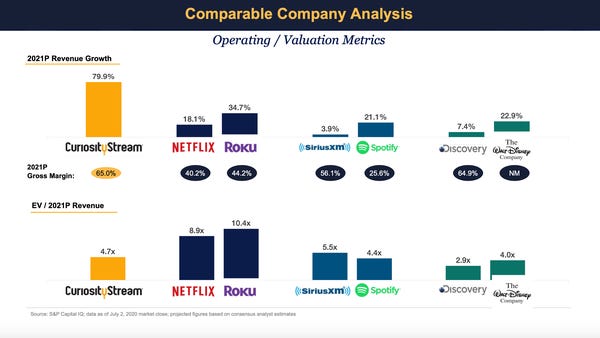