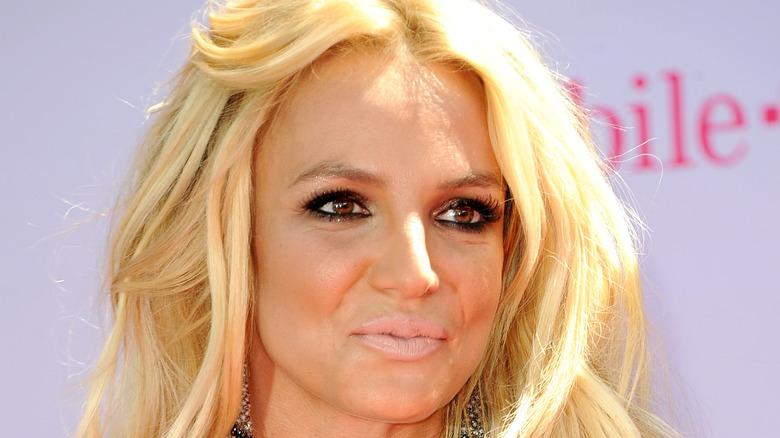 She said yes! Legendary pop star Britney Spears has been dating Sam Asghari for nearly five years after meeting on the set of the music video for her song “Slumber Party” (via People). Spears has recently been using Instagram to keep her fans updated on her fight against her conservatorship, part of which she said in court kept her from getting married again (from People). But she had much happier news for Instagram with the announcement of her engagement to Asghari, writing “I can’t f***ing believe it” followed by six diamond ring emojis, a heart, and plenty of exclamation points.

For the ring he used to pop the question, Asghari worked with Roman Malayev, the founder of Forever Diamonds NY, to create the engagement ring just for Spears. The ring, according to Forever Diamonds NY, features a four-carat round brilliant stone in a floating solitaire design and a platinum cathedral setting with pave details. The stunning sparkler also comes with a sweet, personal detail from Asghari for his bride-to-be. 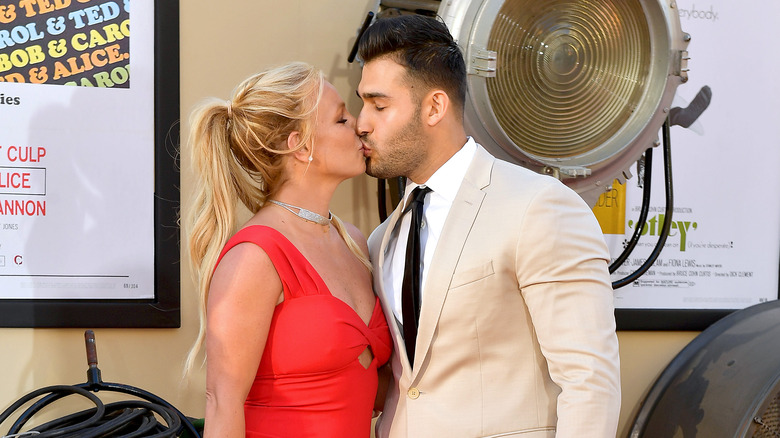 The band is engraved with the word “Lioness,” which is Asghari’s nickname for Spears (from Forever Diamonds NY). We love jewelry with a personal, sentimental touch! And with how happy Spears looks with the ring, and her now-fiance on Instagram, it looks like she does too.

“He proposed to Britney at her home with a solitaire diamond by Roman Malayev,” a source told E! News. “Britney was ecstatic. She’s wanted this for a long time and her dream finally came true. They are celebrating at the house and enjoying this day together just the two of them.” This came after engagement rumors flew when in early September, Asghari was photographed looking at rings at a Cartier store in Los Angeles (from E! News). Maybe he was just comparing those rings with the bespoke one that he helped design for Spears?

You can buy your own “Britney” ring from Forever Diamonds NY and customize the engraving for you, or stay with the Britney-inspired “Lioness.” But you can’t just buy it ‘off the rack’; their rings are made to order. And you’ll have to have a big budget — apparently, Spears’s engagement ring was $70,000 (via the Mirror).