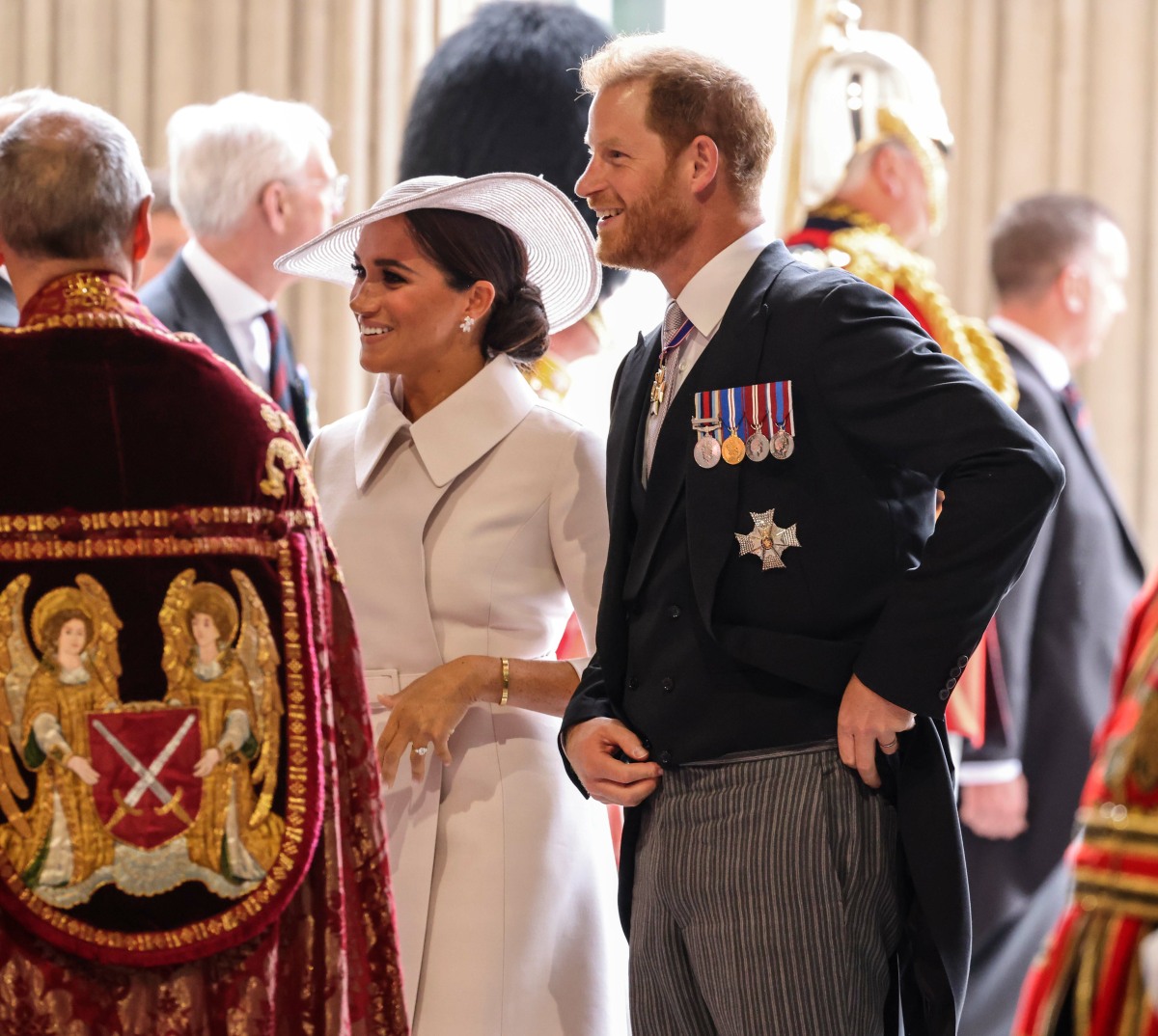 True story, when the Duke and Duchess of Cambridge traveled to Cardiff, Wales last Saturday, they traveled on their favorite mode of transport, their private helicopter. They traveled with George and Charlotte, spent about 90 minutes in Wales and then left the same way they came, by helicopter. They are constantly traveling by helicopter. It’s incredibly wasteful, especially for the founder of the bloody Earthshot Prize, which is all about environmentalism and “real solutions” to climate issues, remember? But for some reason, none of the British papers want to talk about that. They want to talk about how the Sussexes are evil for using a private plane to fly back to America on Sunday.

Harry and Meghan have been accused of ‘enormous hypocrisy’ after flying back to California from the Queen’s Platinum Jubilee in a ‘Russian oligarch-style’ private jet. The eco-preaching Duke and Duchess of Sussex returned to their £11million Montecito mansion with their children Archie and Lilibet on a gas-guzzling Bombardier Global 6000 before the grand finale of the Jubilee pageant even began on Sunday.

Bombardier is an ‘ultra long range’ 13-passenger private jet which comes with its own ‘private stateroom’ that features a flatbed and can travel more than 6,000 miles without stopping. It is not clear who paid for the £160,000 flight. Climate experts believe the journey will have resulted in ten times more carbon being emitted than if the Sussexes had taken a commercial flight. The royal couple’s flight from Farnborough to Santa Barbara will have emitted nearly 60 tonnes of carbon dioxide into the atmosphere, according to chartered flight provider Paramount Business Jets.

Royal expert Tom Quinn has now accused the Sussexes of ‘enormous hypocrisy’. The author of Kensington Palace: An Intimate Memoir from Queen Mary to Meghan Markle told The Times: ‘They pontificate about helping people and the planet and then they take private jets. They tell people to look after the environment and then they don’t look after the environment themselves. It’s enormously hypocritical.’

He said the Bombardier 6000 was a ‘Russian oligarch kind of jet’ for people who ‘just don’t care’, adding it is ‘almost like sticking two fingers up at the environmental lobby’.

The jet type has been linked to several Russian businessmen in the past, including Roman Abramovich and Farkhad Akhmedov.

It’s not that I’m defending the Sussexes’ use of a private jet in this case, but I just think it’s notable that the actual founder of Earthshot rides around in his helicopter – the same one he was given as a bribe to do more work – constantly and none of these people have the same energy for William. As for the Sussexes… I imagine it’s simply easier and much more secure to travel by private plane, especially given the unsettled (and unsettling) nature of their security within the UK. Especially with two little kids as well, not to mention some staff. I had another thought too when I saw the size of the plane… I wonder if they moved the last of their stuff out of Frogmore Cottage? 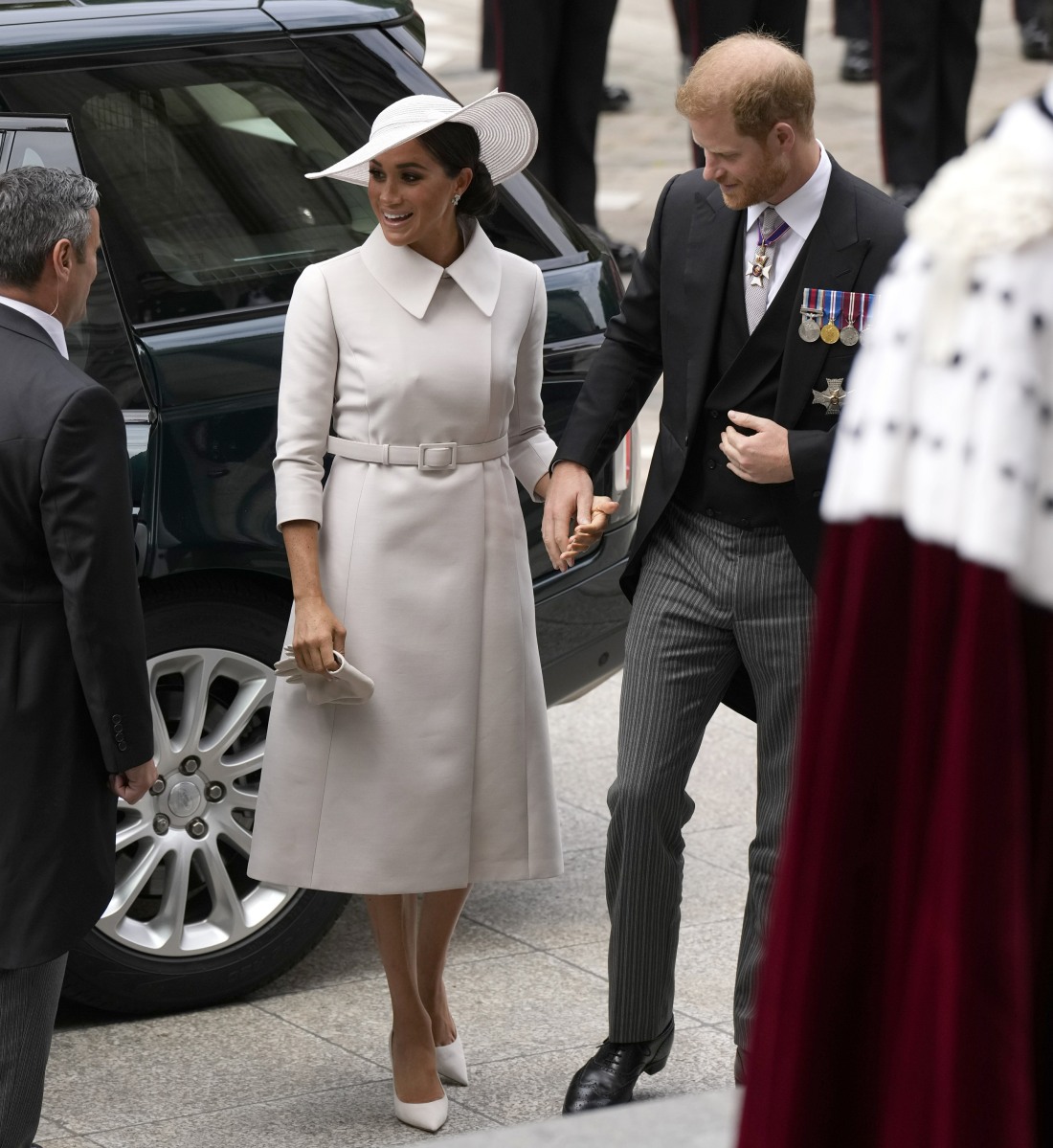