The Truth About Mitt Romney Upsetting His Neighbors

Sen. Mitt Romney announced the sale of his vacation home in San Diego County, per The Salt Lake Tribune. The Utah senator announced the sale during a meeting with the Salt Lake Chamber of Commerce, closing the book on the controversial La Jolla, California, property. The Republican senator and his wife upset the neighbors of their oceanfront San Diego vacation home for years.

The controversy about Romney’s vacation home made headlines, but most people view the GOP senator as friendly…that is unless your name is Donald Trump. Romney has consistently been one of the only Republican senators to stand up to Trump, voting twice to impeach the former president. In Trump’s first impeachment trial, Romney was the only Republican who voted to impeach Trump. According to CNN, in Trump’s first impeachment trial, Romney was the “first senator in US history to vote to remove from office a president from the same party.”

In Trump’s second impeachment trial, Romney was one of seven GOP senators to vote to impeach. In addition to his impeachment votes, the Utah senator had consistently spoken out when he believed Trump was wrong. The Utah Republican party tried to censure Romney for his impeachment decisions, per CNN.

So what did the senator, former presidential candidate, and former governor of Massachusetts do to upset his California neighbors? Keep reading to find out.

Neighbors were upset about Mitt Romney's rebuild of his vacation home 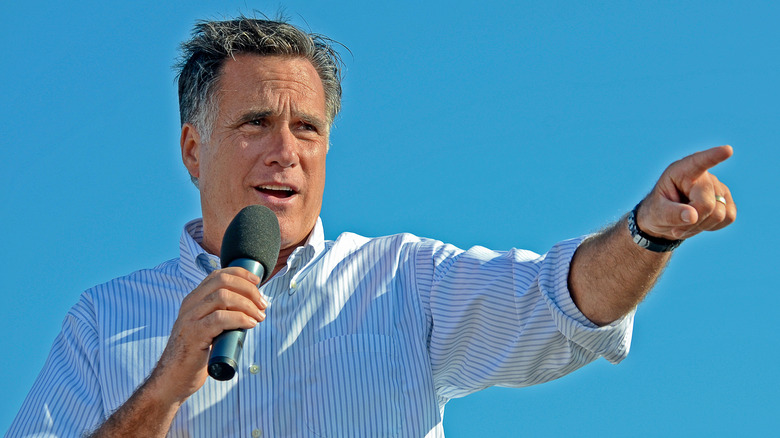 Mitt Romney sold his San Diego vacation home for $23.5 million, per The New York Post. Neighbors have been upset for years about the oceanfront home after the Romneys tore down the original house and rebuilt a massive mansion.

Romney’s former neighbor Anthony Ciani talked to The Post about the neighborhood controversy, telling the outlet that his concern was that the rebuild hindered public use of the beach. Ciani said, “Not all of the neighbors had issues with the Romneys’ project, but others, including me, disputed their claim to own the sandy beach west of the historic property line which could interfere with the historical public use of the beach.” However, Romney’s former neighbor said he no longer has a beef with the senator because he kept his promise to “dedicate the beach for public use.”

The Romneys purchased the original 3,000-square-foot home in 2008 for $12 million, then tore it down to build their mansion. The sale of the mansion still leaves Romney with four other homes. According to The Post, the Romney still own a 5,900-square-foot home in Holladay, Utah; a ski chalet in Park City, Utah; a vacation home in Lake Winnipesaukee, New Hampshire; and a home in Washington, DC.