It is finally time for Riverdale High’s biggest night. When Riverdale returns for Season 5, the teen drama will kick off with its highly anticipated prom episode, and new photos from the premiere show off everyone’s killer looks… as well as an unexpected guest. Get pumped for what’s sure to be a memorable and messy prom night with these Riverdale Season 5 premiere photos.

Originally, Riverdale‘s prom episode was meant to air at the end of Season 4, but because the final three episodes of that season could not be made at the time due to the coronavirus pandemic, Season 5 will now kick off with the final episodes of Season 4: the prom, uncovering the truth about the videotapes, and high school graduation. After Episode 3’s graduation, the season will enter a much more mysterious phase, which has kept fans speculating for months.

The bulk of Season 5 will take place after a seven-year time jump ages Archie, Betty, Veronica, Jughead, and the rest of the gang up to their mid-20s. Fans have only seen short clips of what everyone will look like after this time jump, and they seem to confirm everyone will be back at Riverdale High as teachers rather than students.

But before that fast-forward, the gang is going to say goodbye to high school in style with some stunning prom looks. New photos from the Season 5 premiere show Archie, Veronica, Betty, Jughead, and Toni getting ready and posing for pictures for their big night. 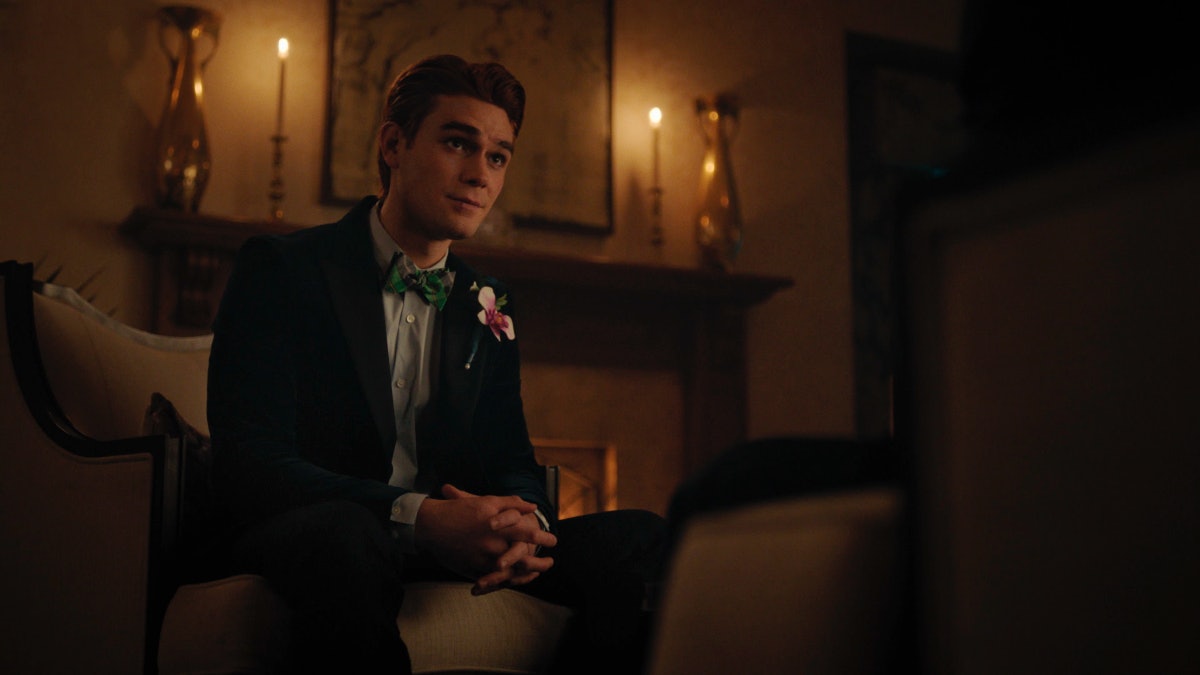 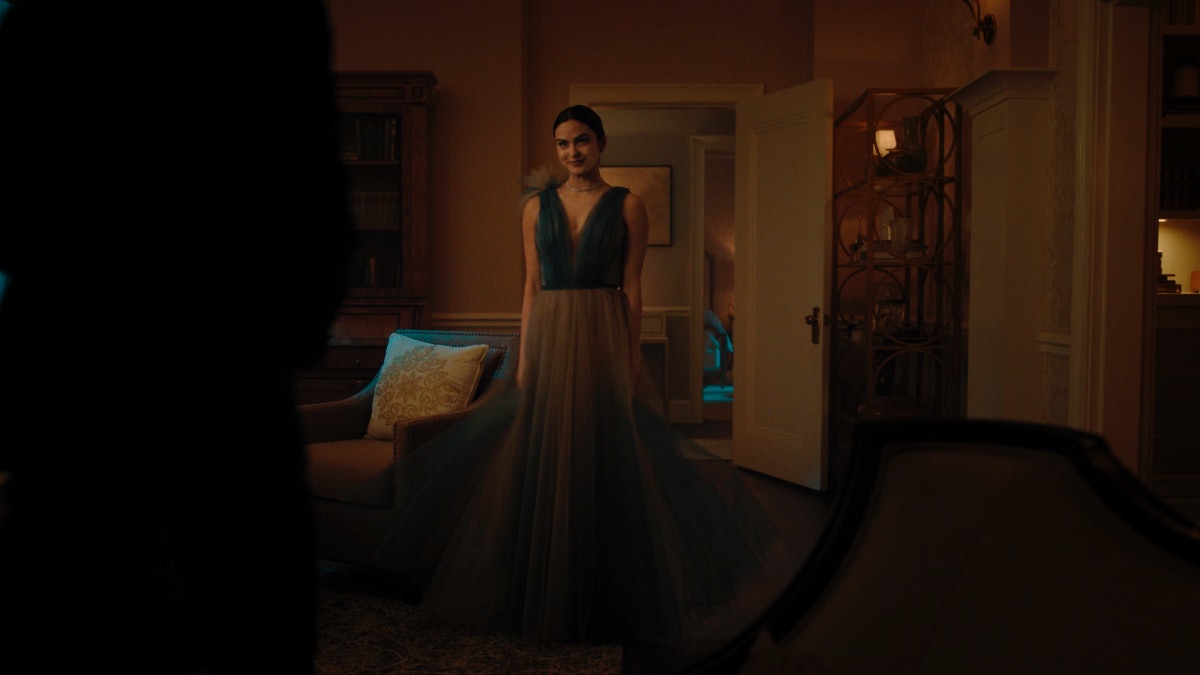 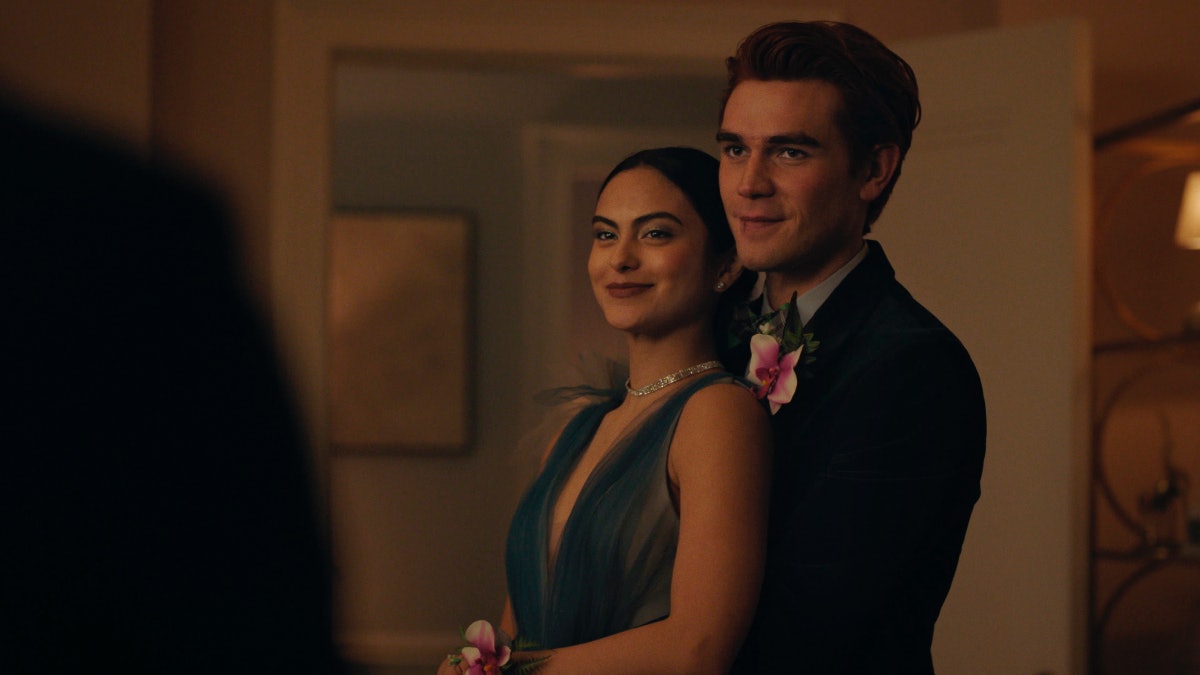 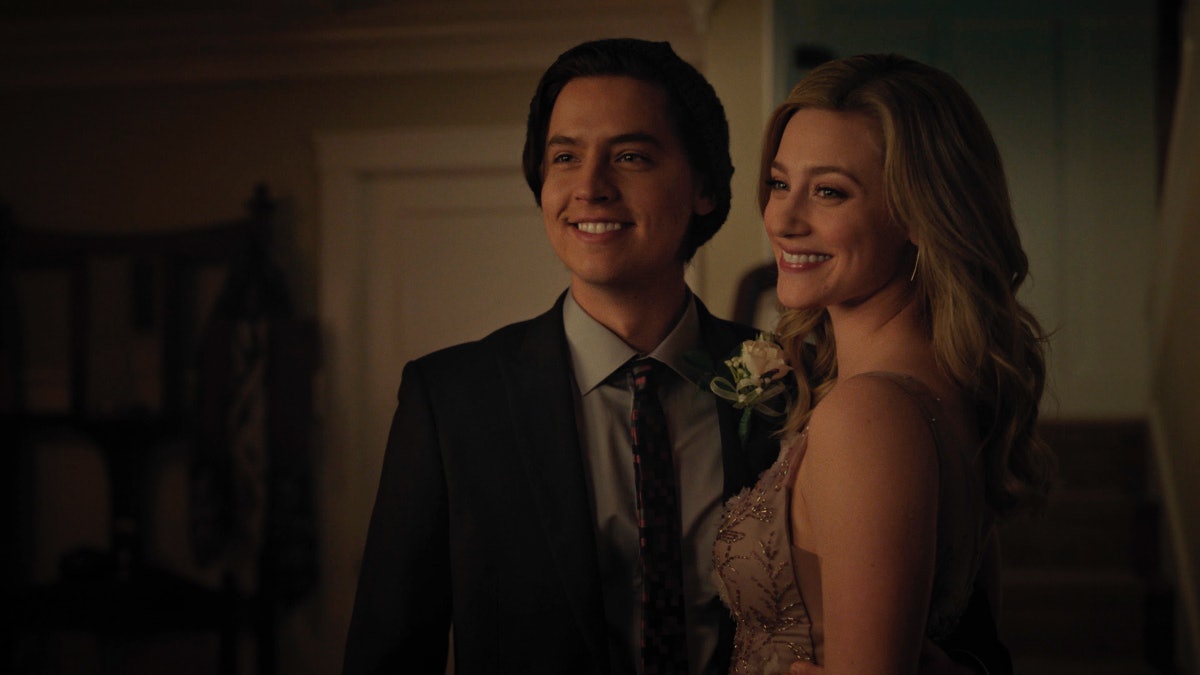 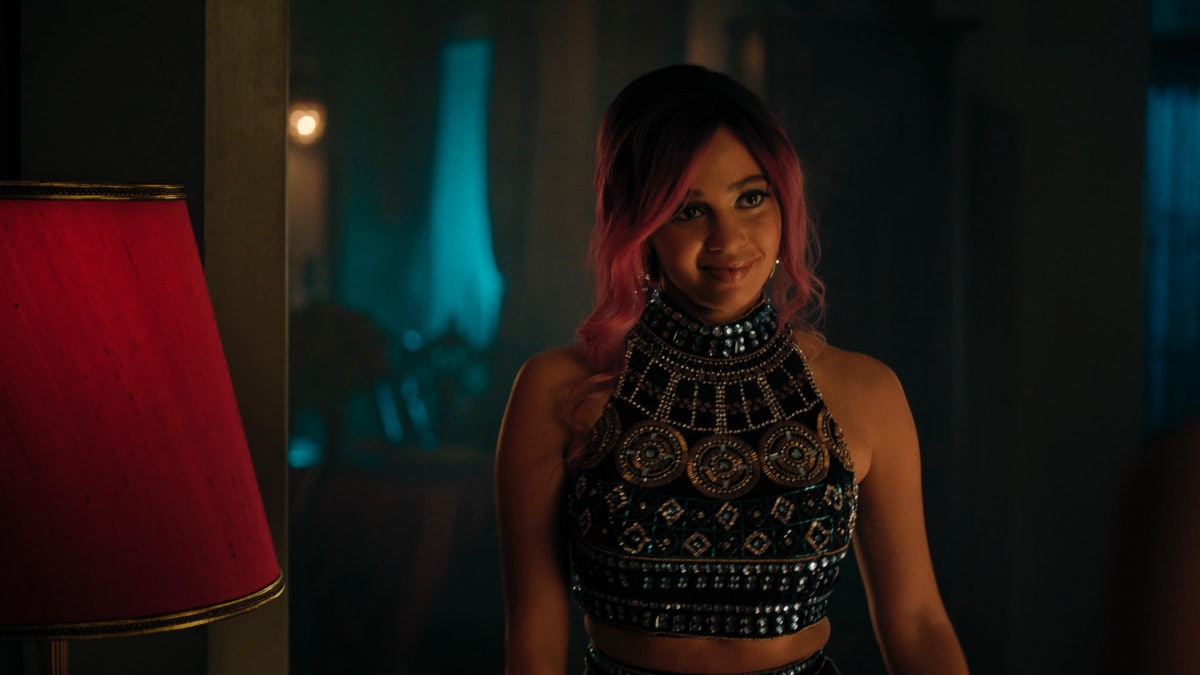 The pics also show all of the couples sharing romantic moments on the dance floor. 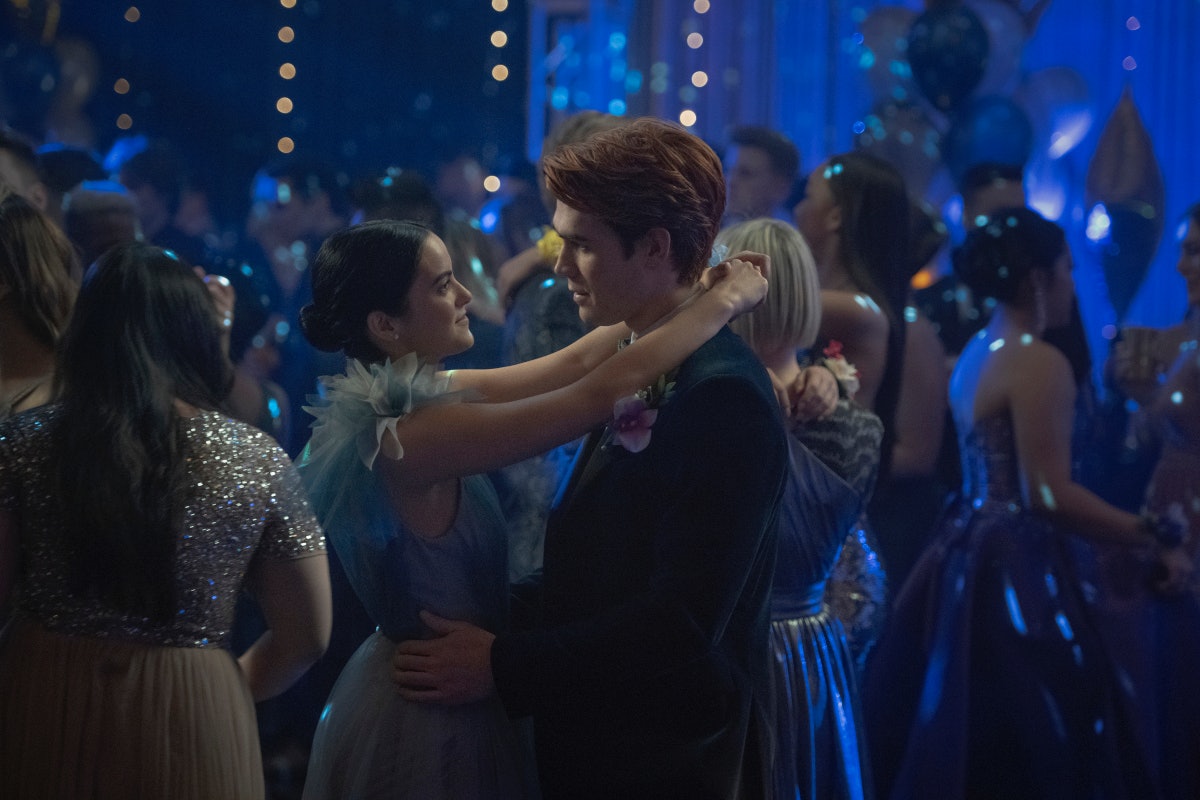 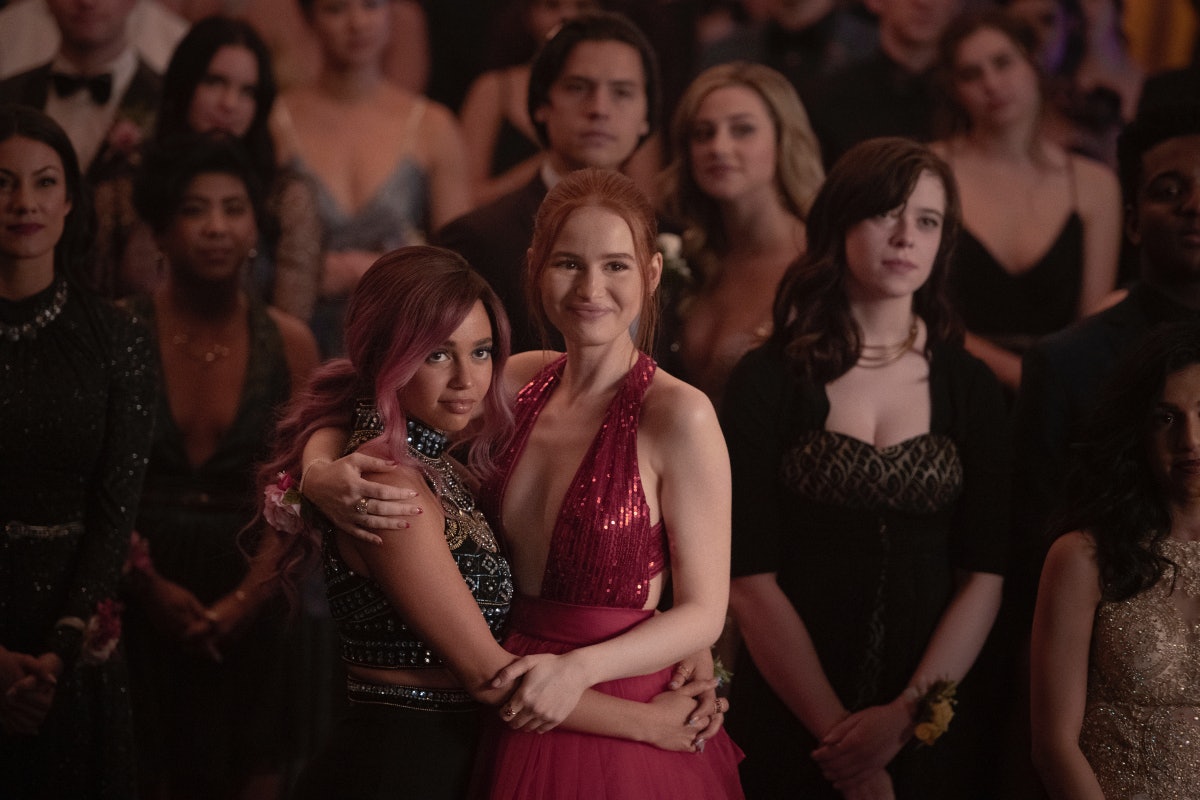 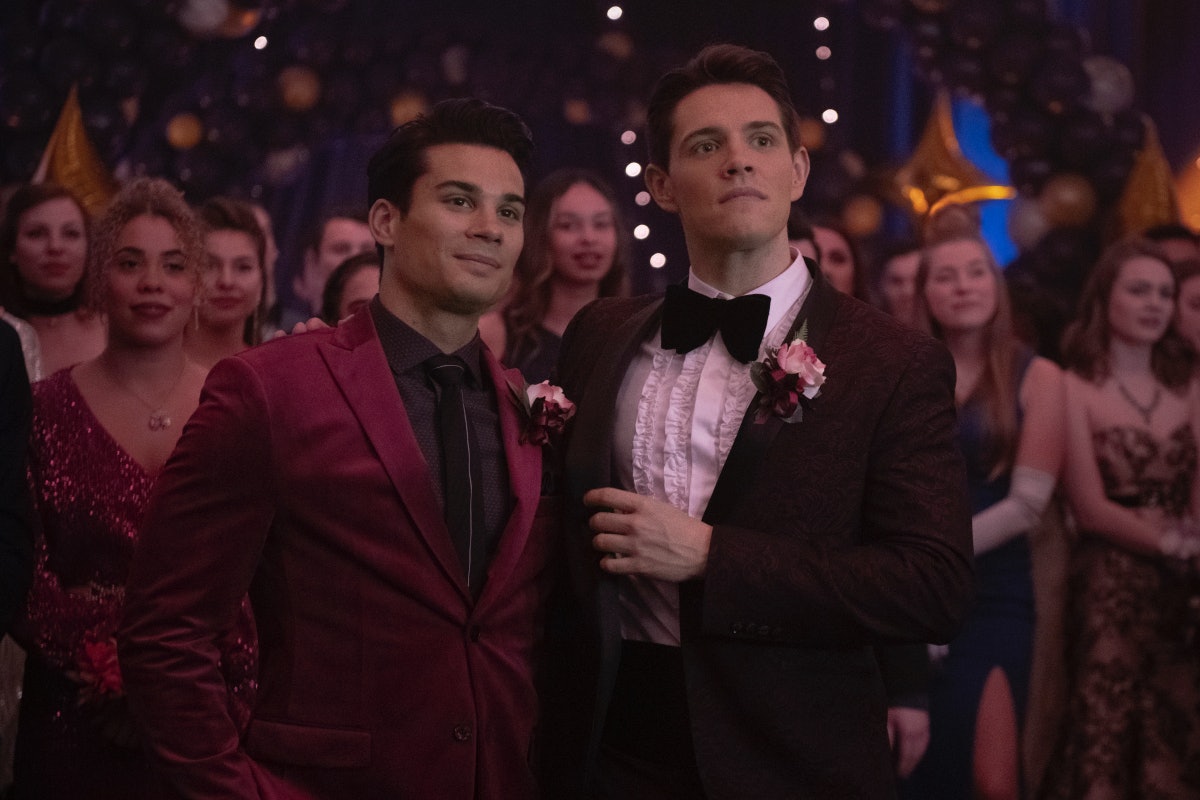 The parents get in on the fun, too. 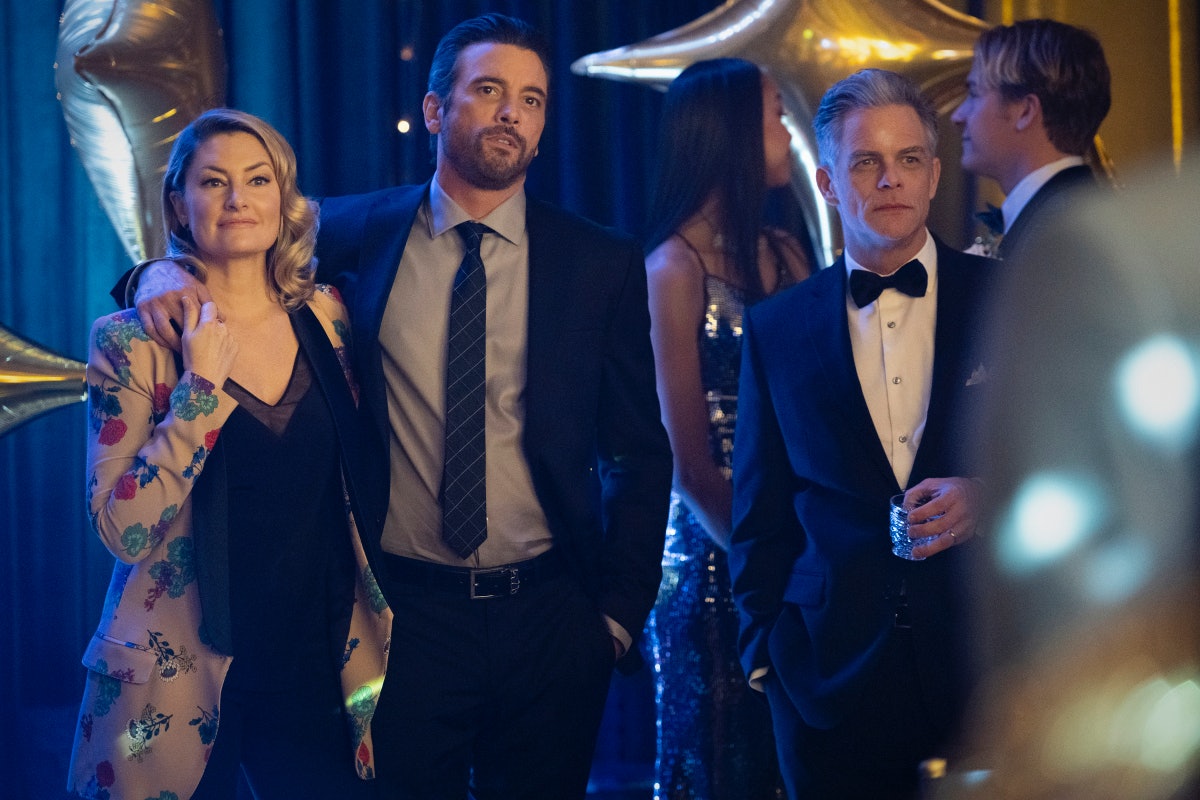 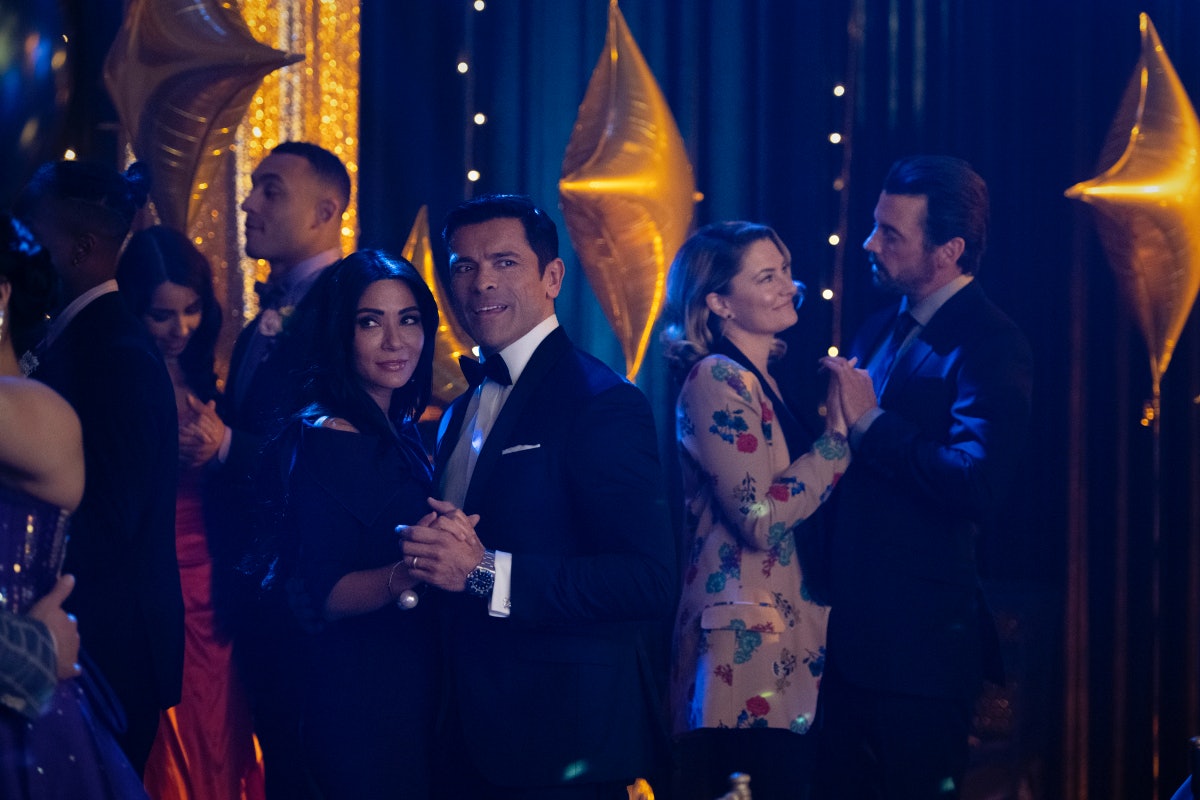 And what would a major Riverdale episode be without a song? One shot reveals Veronica will perform something for everyone in the premiere. 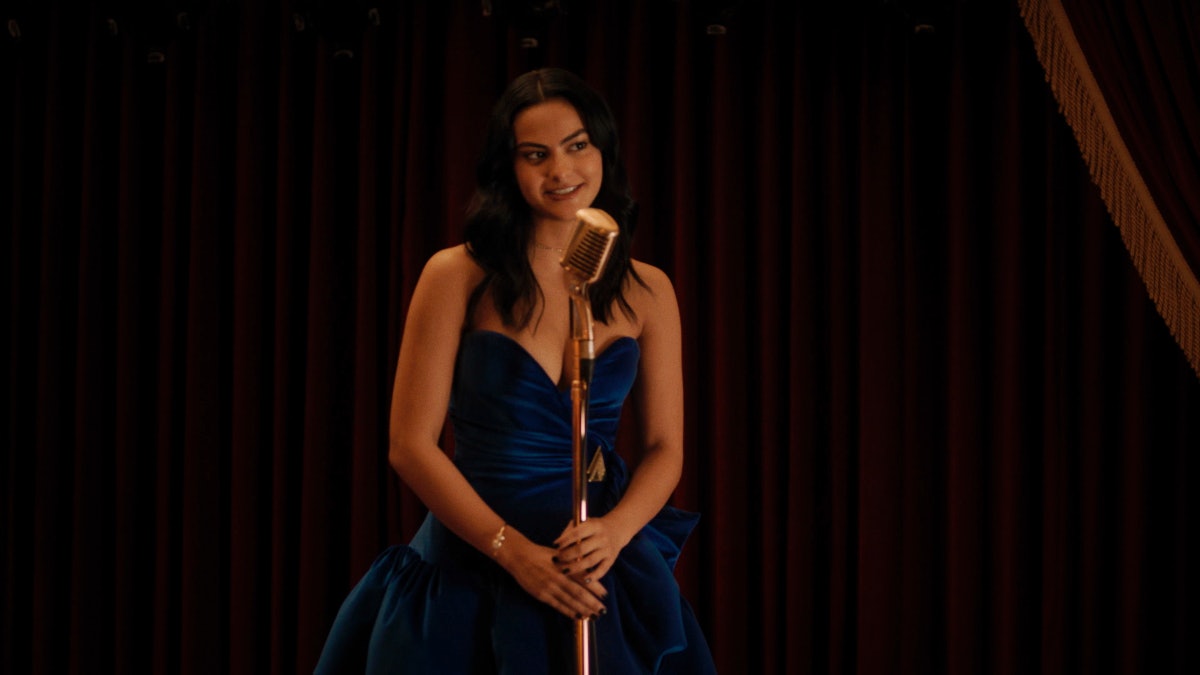 But of course, prom night can’t just be slow dances and kisses on Riverdale. Some alarming photos of Betty and Jughead hint at something dramatic going down at prom. 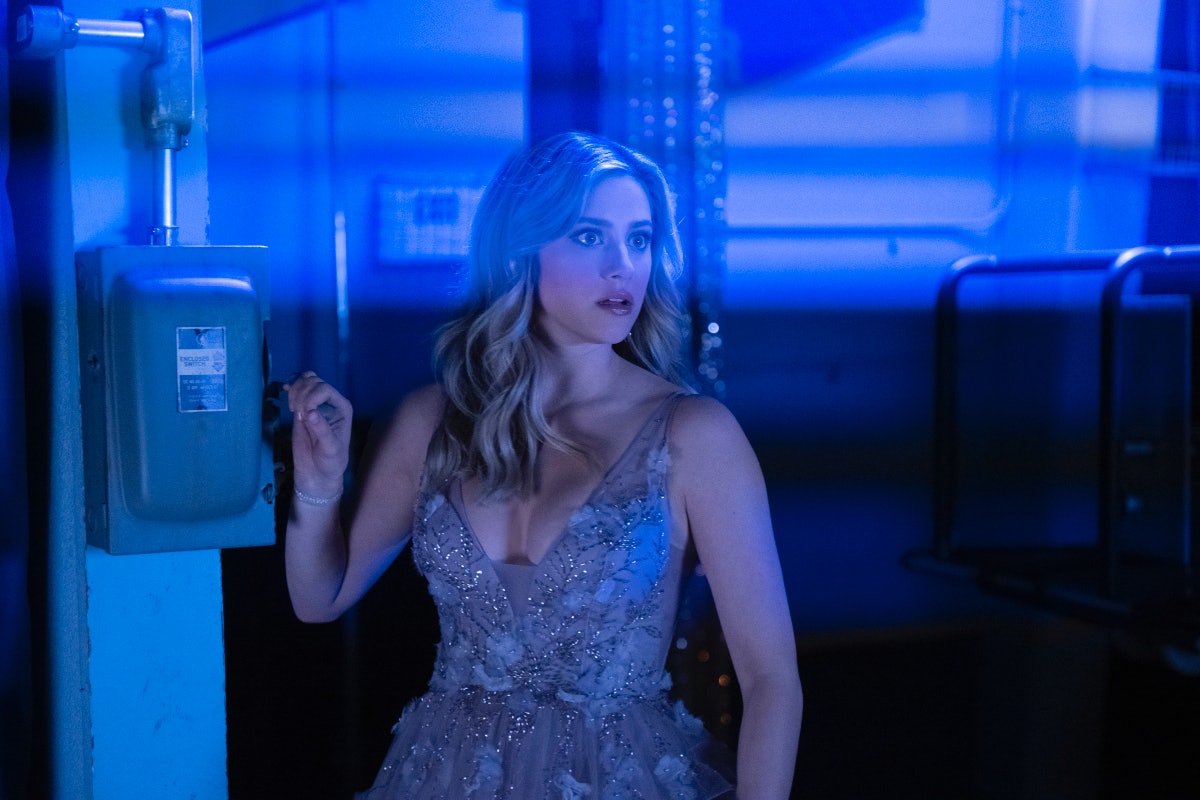 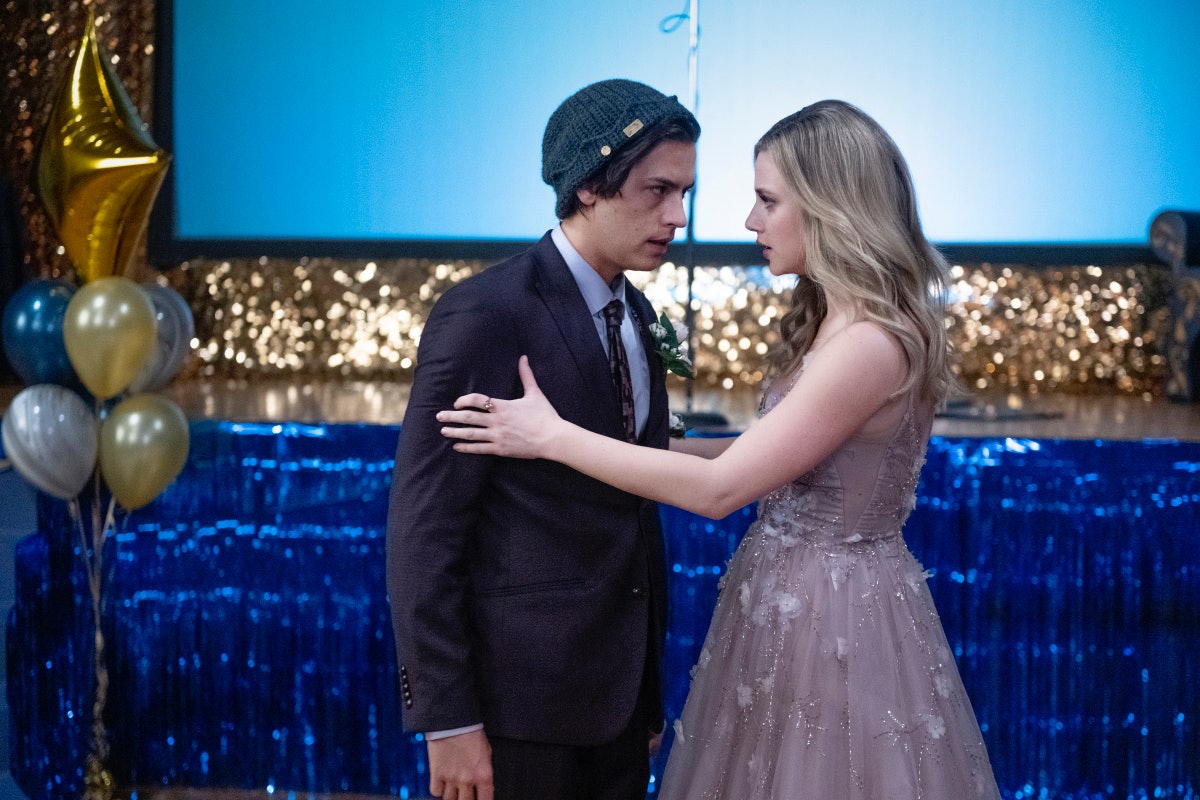 Hmm, could the drama have to do with this unexpected guest? Photos show none other than KO Kelly from Katy Keene popping up at prom. 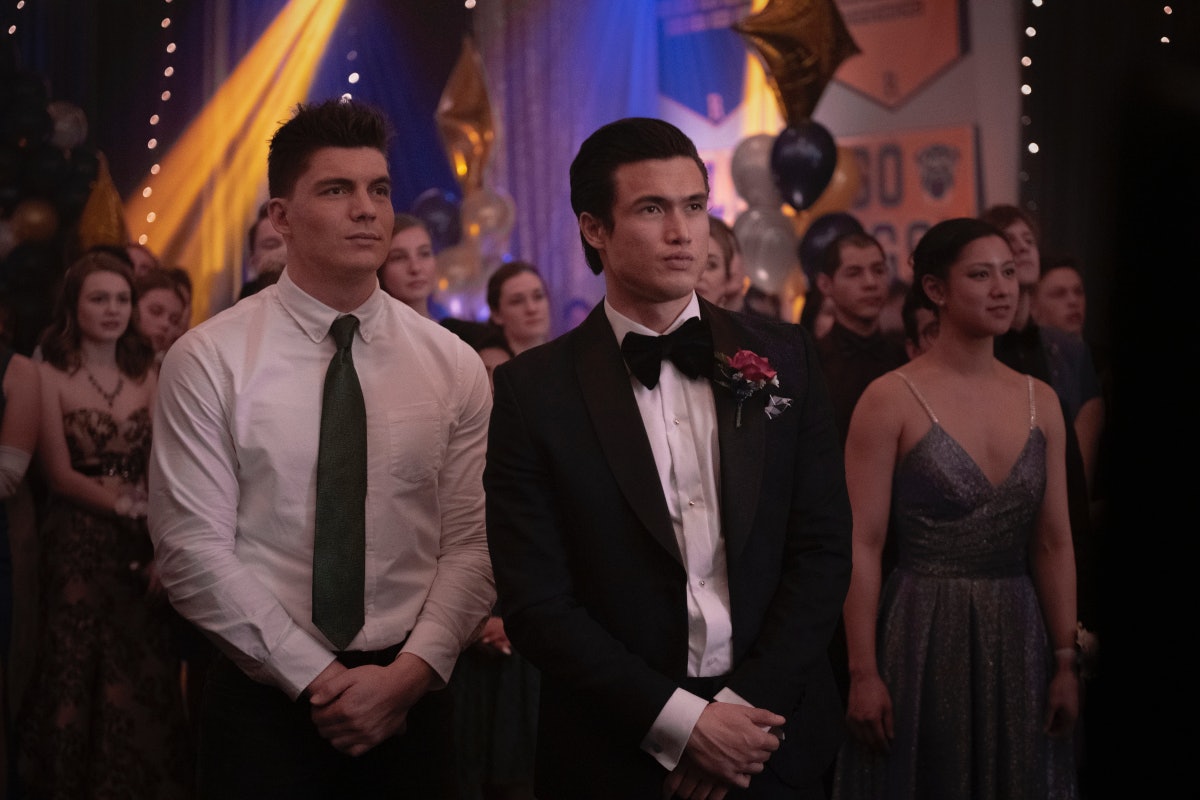 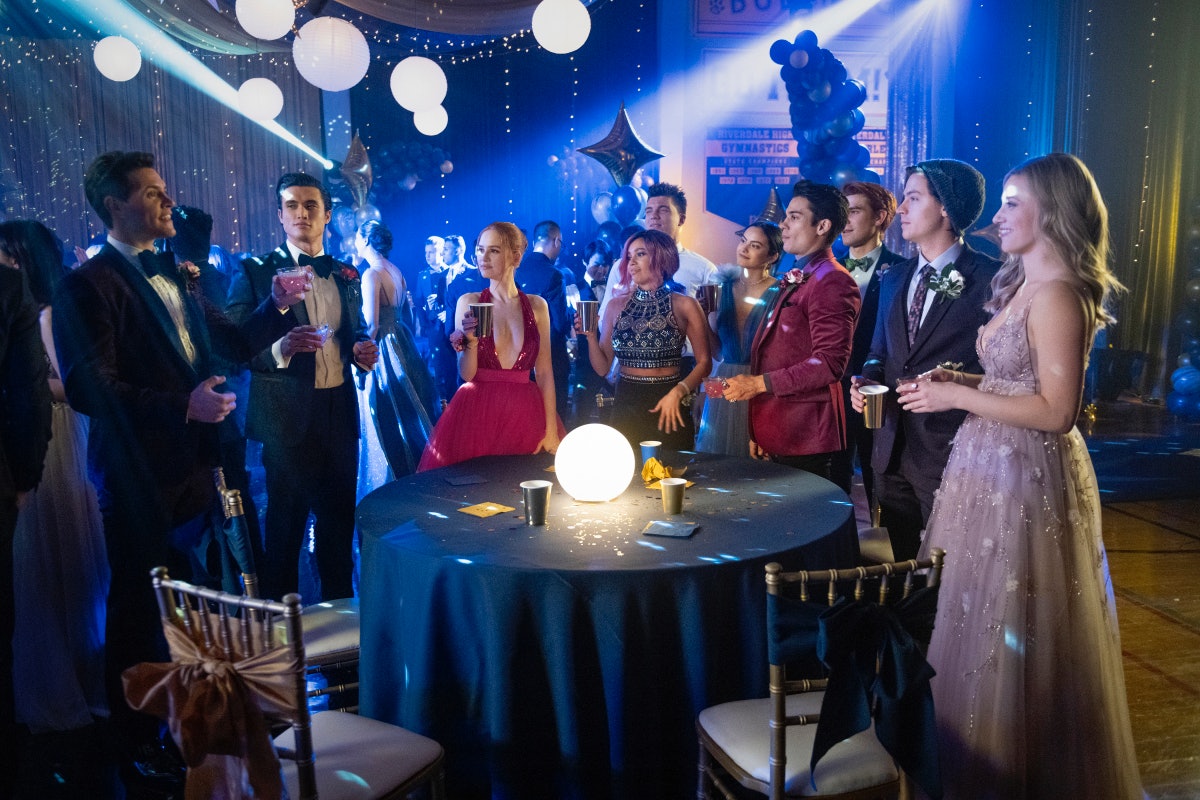 The rest of the premiere pics reveal why KO is in Riverdale: for a boxing match with Archie. Set photos from all the way back in March teased this big fight, and the new shots reveal it’s going to be a bloody bout. 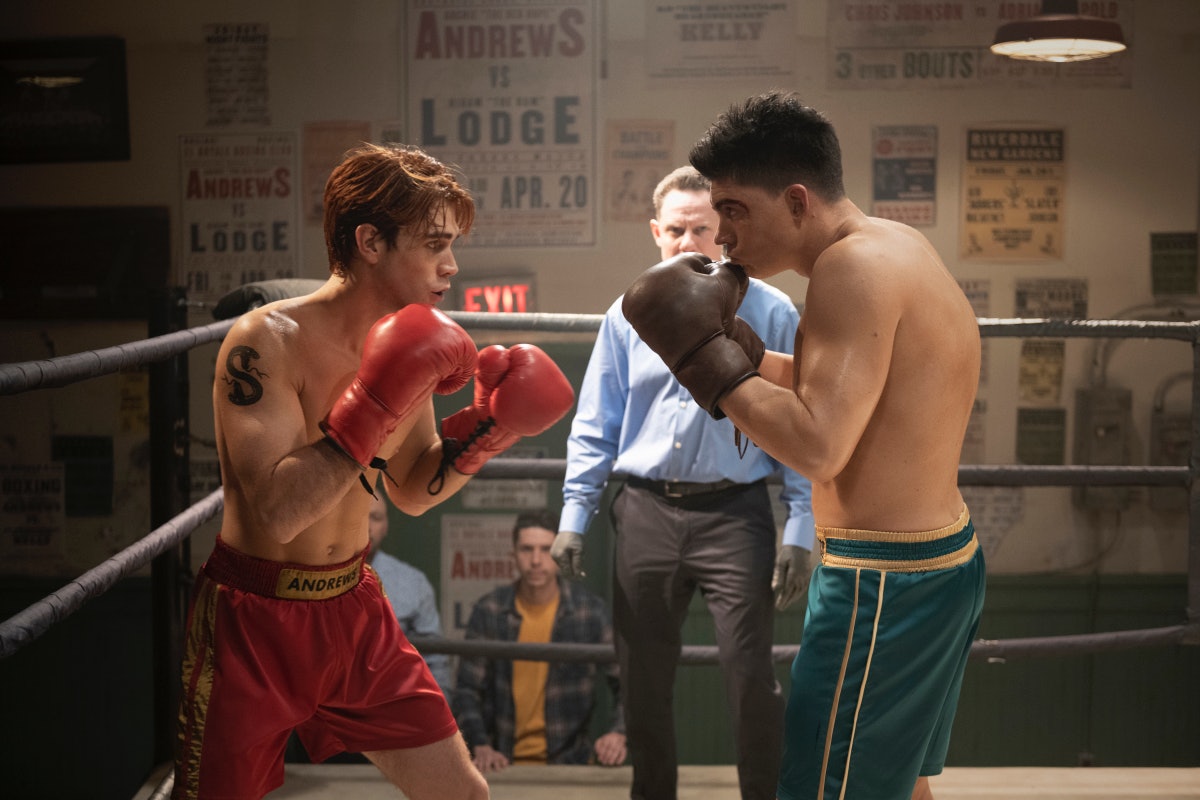 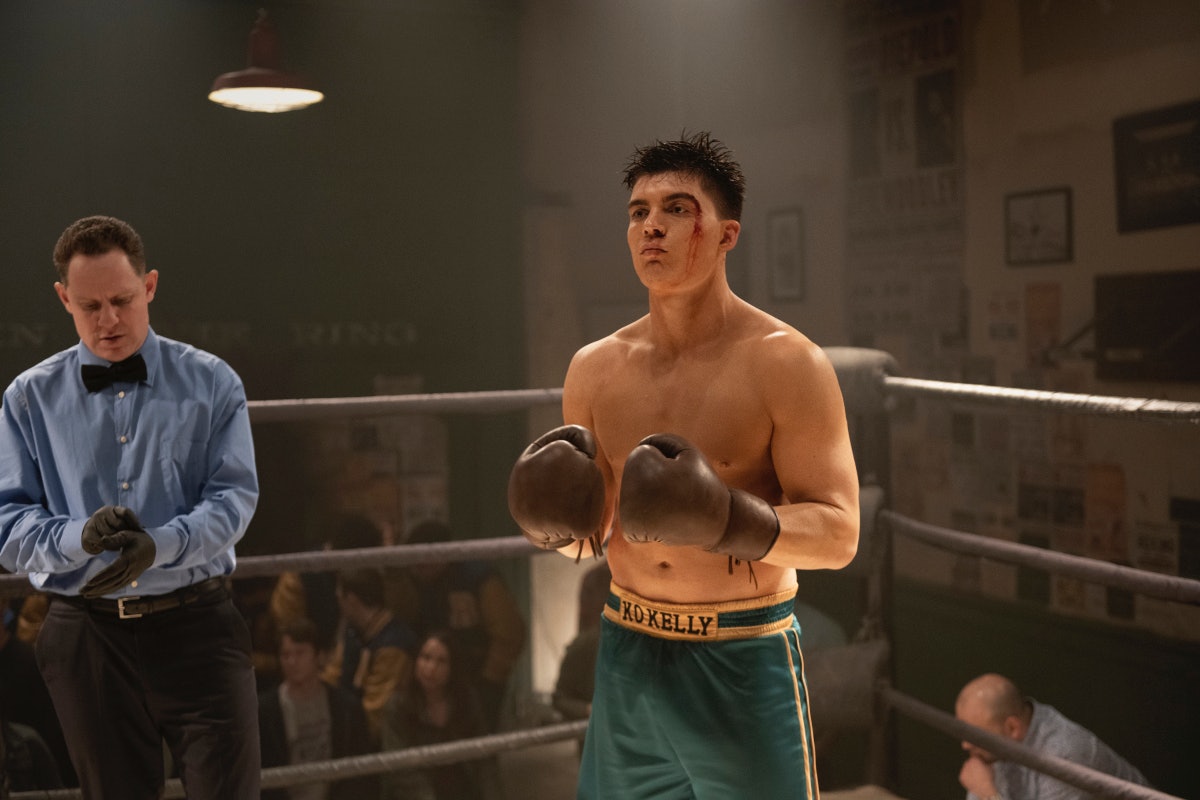 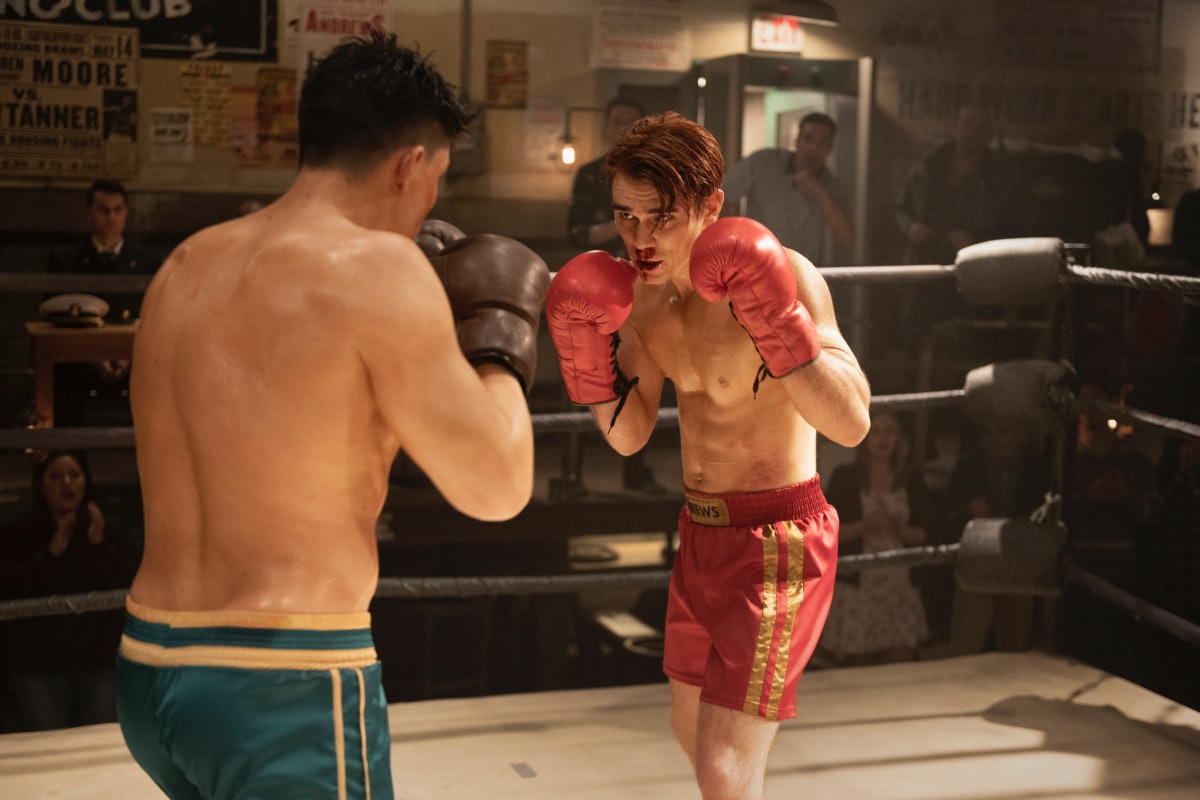 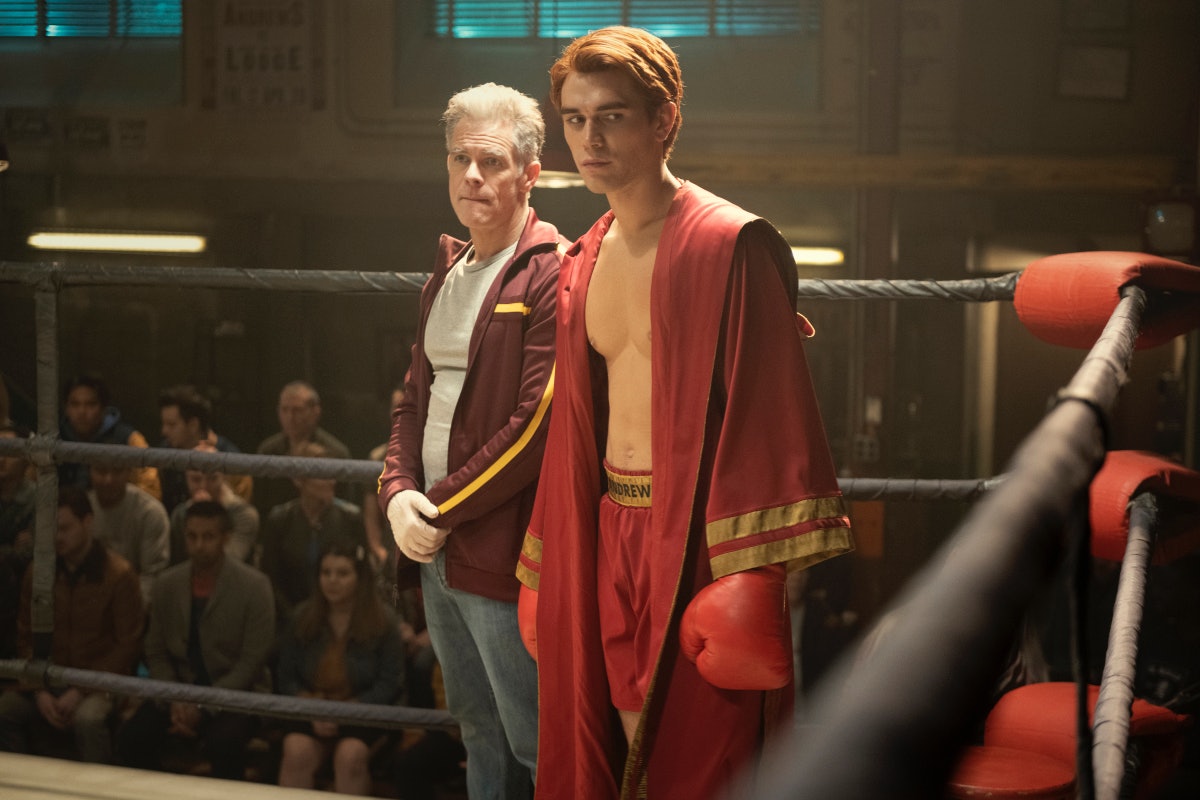 The episode’s official synopsis reveals Archie and KO are fighting over admission to the Naval Academy. It also teases that Betty and Jughead are going to uncover more clues about the videotapes mastermind, and that there may be some trouble brewing for Cheryl and Toni.