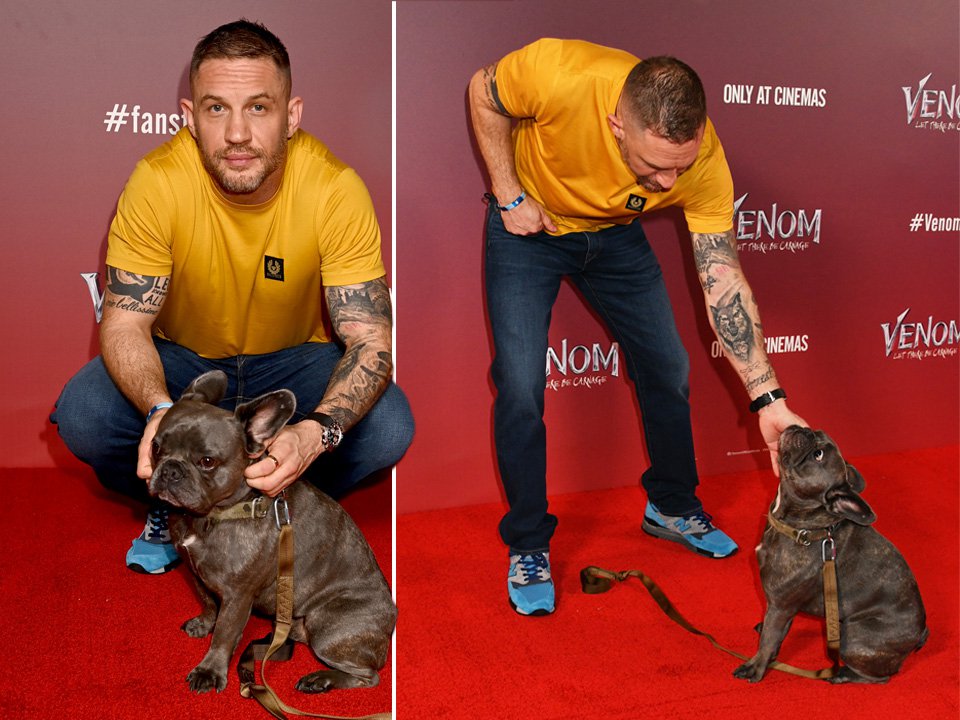 Tom Hardy might have been the man of the hour at the screening of his new film Venom: Let There Be Carnage, but it was his dog that stole focus.

Tom’s adorable French Bulldog Blue was the star of the show on Tuesday evening at the fan screening at Cineworld in Leicester Square, London, with the well-behaved pup even posing for photos with his celebrity owner.

Seriously, give us a Hollywood star and their cute pet pooch any day and we’ll be happy.

Tom, who kept it casual for the event in a yellow T-shirt and jeans, is known for being a big lover of dogs, so it’s no surprise he took his canine pal along to the event.

In the sequel to 2018’s Venom, Peaky Blinders star Tom, 44, reprises his role as Eddie Brock, a journalist who comes into contact with an alien symbiote which gives him superpowers as he becomes the antihero, Venom.

In an attempt to revive his journalism career, Tom’s character interviews serial killer Cletus Kasady (played by Woody Harrelson) who also becomes host to an alien symbiote and becomes the villainous Carnage.

The latest Sony Pictures release will be open in UK cinemas from next month, after being pushed back several times due to the pandemic.

The movie was directed by Lord of the Rings star Andy Serkis who was also at the event, looking smart in a sharp blue suit.

Venom: Let There Be Carnage will be open to cinemas in the UK on Oct 15.