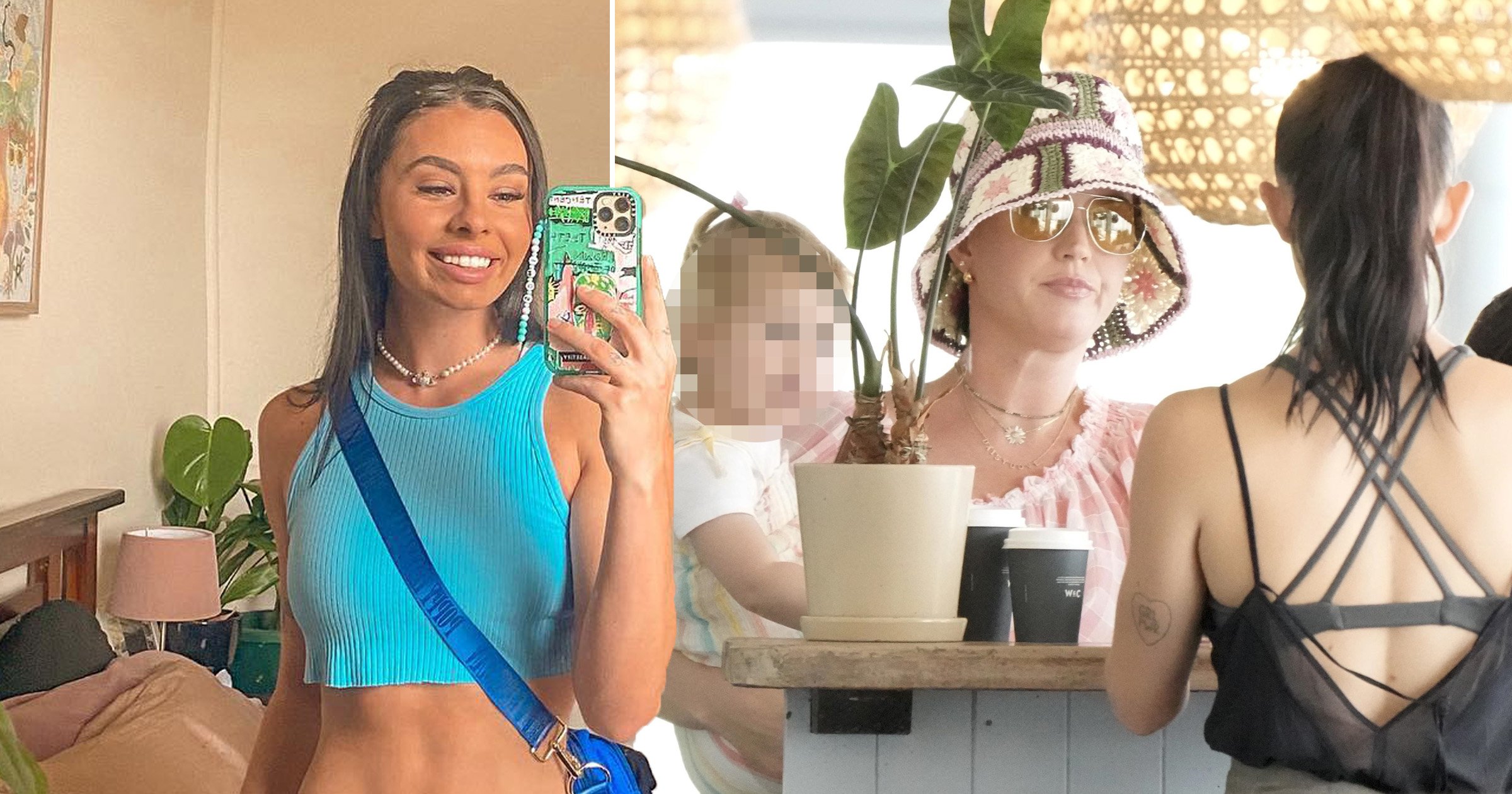 A waitress has claimed she received a hug and a tip from singer Katy Perry after ‘arguing’ with her over a table in her restaurant.

Indianna Paull uploaded a TikTok claiming she had served Katy, 37, at the café she works in in Port Douglas in Queensland, Australia, on Saturday, but didn’t recognise the star when she came in.

She claimed that she had ‘argued’ with her over a table but says the star found it refreshing to be treated like an ‘everyday person’. Katy has yet to address the claims.

Indianna shared the video, which she later deleted, captioned: ‘When you are the first dumb oblivious b***h to tell Katy Perry she has to wait for a table.’

She added in text over the footage: ‘POV: Katy Perry comes into your café and you don’t recognise her and argue over a table.

‘Then she tips and hugs you for treating her like an everyday person.’

Katy is currently in Australia with fiancé Orlando Bloom, 45, who is shooting his new movie Wizards!, where she stopped off at the restaurant.

Her interaction with Indianna was captured by paparazzi photographers, with the waitress sharing one of them in her video as ‘proof’ that the interaction had happened.

In the snap, Katy was seen carrying daughter Daisy Dove as spoke to Indianna at the door of the café.

The Firework star was able to stay pretty incognito – though admittedly not enough to fool photographers – as she donned sunglasses and a large crocheted bucket hat.

She and Orlando are believed to be staying in Australia for around three months while he is shooting the new movie.

Wizards! will also star Pete Davidson, Naomi Scott, Franz Rogowski and Sean Harris, with the comedy being made by Brad Pitt’s production company, Plan B.

Metro.co.uk has reached out to reps for Katy Perry for comment.