What Millie Bobby Brown Chooses To Splurge On 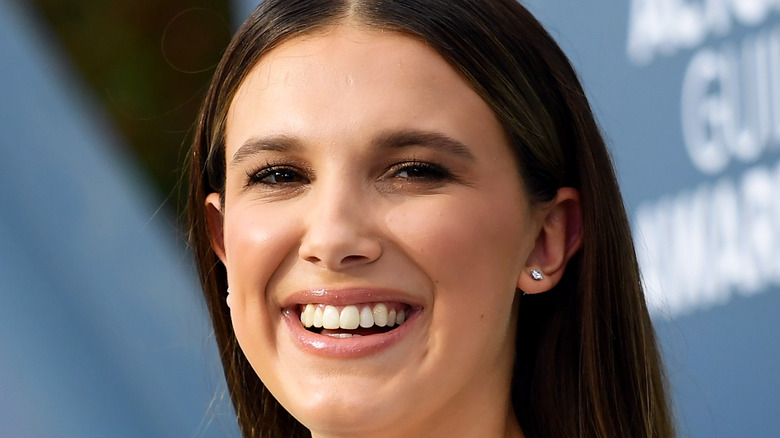 “Stranger Things” made an instant star out of British actress Millie Bobby Brown, who up until then was a veritable unknown, aside from a handful of bit parts here and there (via IMDb). Playing spooky newcomer Eleven has launched her career into the stratosphere, making Brown a household name arguably even above her young co-stars. “Stranger Things” has also made her a very wealthy young woman. Celebrity Net Worth puts the actress at $10 million with an estimated salary of $300,000 per episode of the Netflix hit.

In an early interview with the Daily Mail, Brown admitted that she came from nothing. “We went through tough times,” she revealed, noting the entire family moved to Hollywood to make her dream come true, leading them to the brink of bankruptcy. Things got so bad, in fact, the starlet’s manager actually loaned her family money just so they could survive a little longer. Right before Brown booked “Stranger Things,” her family was set to give up and go home. Thankfully, fate intervened and now she’s free to splurge a little on the really important stuff.

The Stranger Things star splurged on homes located near set 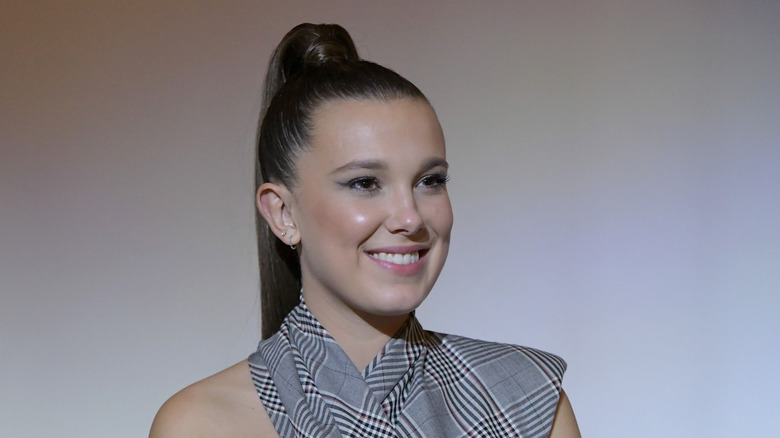 Being a teenage millionaire is pretty special, but Millie Bobby Brown knows the value of a dollar, so it’s unsurprising to learn she’s not one to splash the cash in comparison to others in her age bracket. According to Style, the “Stranger Things” star spends her money the way any other teen would; on her car, cool clothes, and cute bags. Brown drives a Mercedes-Benz V-Class Marco Polo worth around $70,000, a Cadillac Escalade, worth around $100,000, and even a Mini Cooper worth around $27,000. Three cars might seem like a lot, but none of them are particularly flashy, at least not by Hollywood standards.

Given her family is responsible for putting Brown on top, it makes sense she splurged on a couple nice pads for them in London and Atlanta (where “Stranger Things” is filmed). The actress still lives with her parents, obviously, and three siblings, but there’s plenty of room in the two mansions, where Brown also frequently lounges around in luxury pajamas. In particular, she splashed out on a pair from Justin Bieber’s Drew House label, which retail for around $320. She’s not a big label head however, admitting to Vogue, “I’m not a girly girl. I love wearing this stuff, but if it was my choice I’d come [to events] in my tracksuit.” 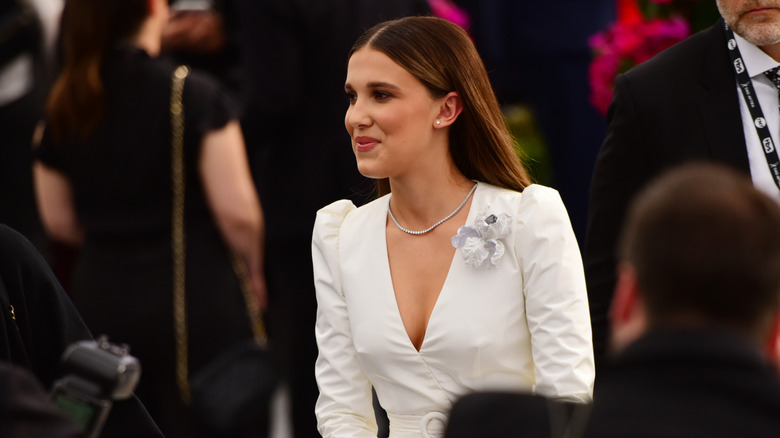 Millie Bobby Brown may not be too interested in shopping for designer duds, but she’s got a real eye for handbags. As Style noted, Brown typically matches a cute outfit to a high-end bag, such as Louis Vuitton’s shearling handbag, which retails for a whopping $2,700. Elsewhere, the “Stranger Things” breakout has accessorized with the cult micro bag from By Far, which is worth around $505, as well as Gucci’s super-cool mini-GG web and butterfly bag, which set her back $1,145.

Brown doesn’t just spend, spend, spend, however. She’s also an active charitable donor, raising $40,000 for the Olivia Hope Foundation in collaboration with her own beauty brand, Florence by Mills. Likewise, the British actress is a UNICEF Goodwill Ambassador and even donated $20,000 to frontline workers in the U.K. as they battled the devastating COVID-19 pandemic. Clearly, despite her impressive and constantly growing net worth, Brown hasn’t forgotten where she came from.