Why Beyoncé Skipped the 2021 Met Gala This Year

The one and only Beyoncé Giselle Knowles-Carter was sadly missing from tonight’s Met Gala.

Bey was spotted in Cannes, France over the weekend with her hubby Jay-Z and mom Tina Knowles-Lawson. Fans were hoping she’d hit that redeye to be at tonight’s Met Gala, but alas, she was not. Sadness!

This isn’t the first time Beyoncé skipped out on the event—matter of fact, she hasn’t been seen on the steps since 2016. In 2017 the entertainer was about 8 months pregnant with her twins Rumi and Sir Carter and decided not to come to the event. The following year, Jay-Z surprised her with a trip so she could relax before their big On The Run II tour. Awww. She and Jay-Z didn’t go to the Met Gala in 2019 either.

Since Queen Bey didn’t grace us with her presence this year, let’s take a stroll down her Met Gala ~moments~ from the past. Fun fact: She has literally worn Givenchy every single time at the Gala since 2012!

For starters, the year 2014 was a good one. Beyoncé looked sooo pretty in this black gown, birdcage veil and vampy lip color. 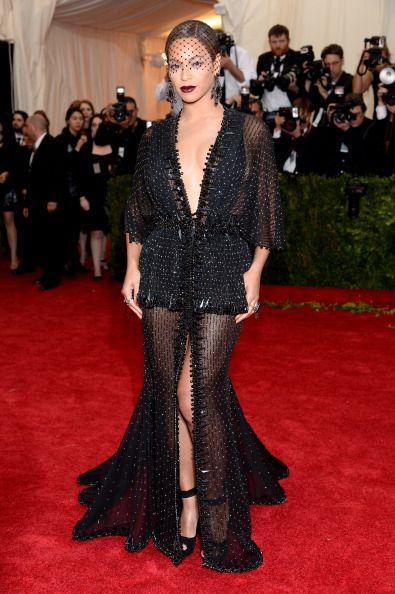 Oh, and remember that line in “Formation” when Bey said, “I’m so reckless when I rock my Givenchy dress”? Yeah, she was talking about *this* iconic moment from the 2015 celebration and aaall the hate she got bc of it: 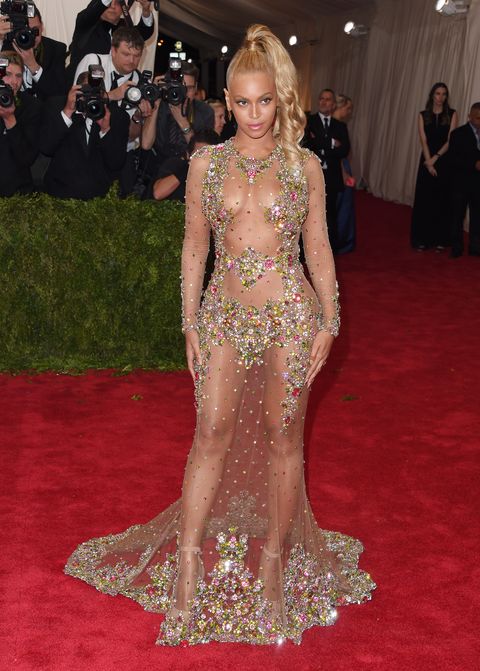 Who could forget that whole ~latex situation~ from 2016? 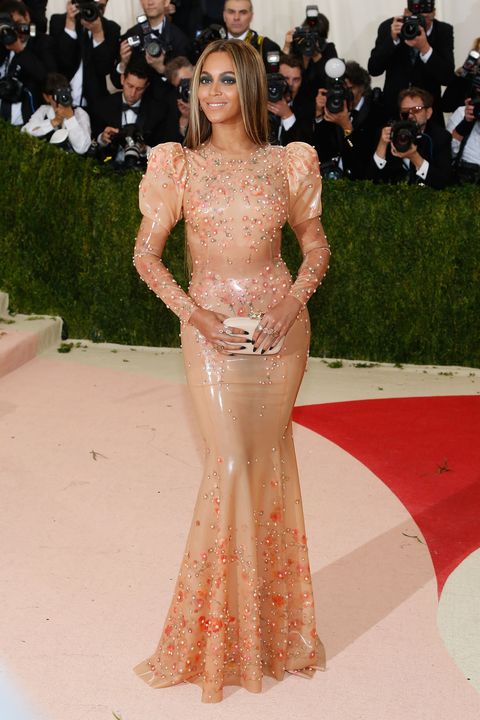 Maybe we’ll get another Queen Bey Givenchy look in 2022 at May’s Gala!