Porsha Williams is on to greener pastures following news that she would not be returning to the Real Housewives of Atlanta next season, a source EXCLUSIVELY told HollywoodLife.

Take the memories. Leave the peach. Porsha Williams is saying goodbye to the reality show franchise that made her a household name on television screens across the country in order to explore new opportunities headed her way, a source EXCLUSIVELY told HollywoodLife. “She’s worked hard for so long and deserves to put her energy and focus into wherever she pleases because plain and simple, she’s earned it,”  our source said. “She’s excited about her future and the other projects she’s putting her focus and passion into now. It’s time for the next chapter.”

The longtime cast member of Real Housewives of Atlanta made the announcement Thursday, September 30 on Instagram that she was leaving the franchise after spending nearly a decade spilling hot tea on the show and stirring the pot it was made in. Porsha, 40, is said to have come to the decision on her own accord, especially after certain negative experiences with fellow castmates on the show – most notably Kenya Moore, a source said. 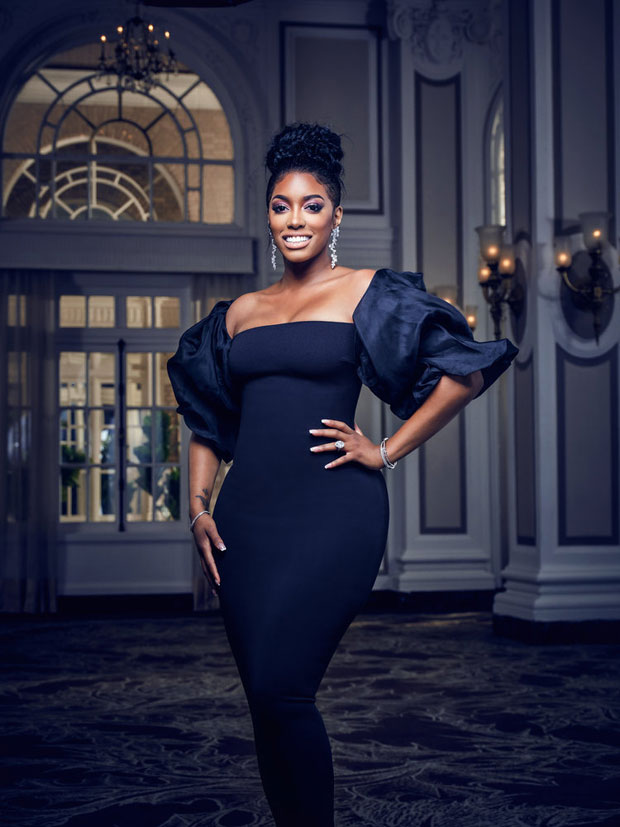 “It got really toxic with Kenya and Kandi [Burruss] is her only true friend still left on the cast. The decision was hers and she made it a few months ago.” sources told HollywoodLife. The news comes on the heels of another veteran castmate, model Cynthia Bailey, who also announced she would be leaving the show. “Thank you to my Real Housewives of Atlanta castmates for eleven of the most unbelievable years of my life; and the most incredible & UNFORGETTABLE memories,” Cynthia said on her Instagram on Monday, September 27.

So what’s next for the newly engaged mother-of-one who’s ready to take on more of the world? Who knows, but we wouldn’t be surprised if the media personality dabbled in more hosting projects now that her schedule has a vacancy. For eight years, Porsha was a host on the popular celebrity news and gossip radio show Dish Nation, led by legendary broadcaster Rickey Smiley. “Porsha isn’t into the drama anymore and the show wasn’t as fun for her as it was in the beginning,” our source said.  “She wants to do her own thing and she’s gotten really into hosting. She knows she can carry a show so she’s focusing on other projects.”

Whatever the case, the future is looking bright for Porsha. Now that she’s engaged to fiancé Simon Guobadia, restauranteur and ex-husband of former RHOA co-star Falynn Guobadia, there could be plans to expand her family along the way. “She’s never been happier and she wants to grow her family. She also doesn’t need the money from the show,” a source said. And one couldn’t be surprised if Porsha did end up picking her coveted peach up again. “Porsha can’t predict the future; lots of cast members from the franchises have left and some have even come back after a while,” our source said. “So, nobody ever knows how the story will end. But for now, she’s feeling excited and is looking forward to some well-deserved time off from RHOA and moving in another direction.”